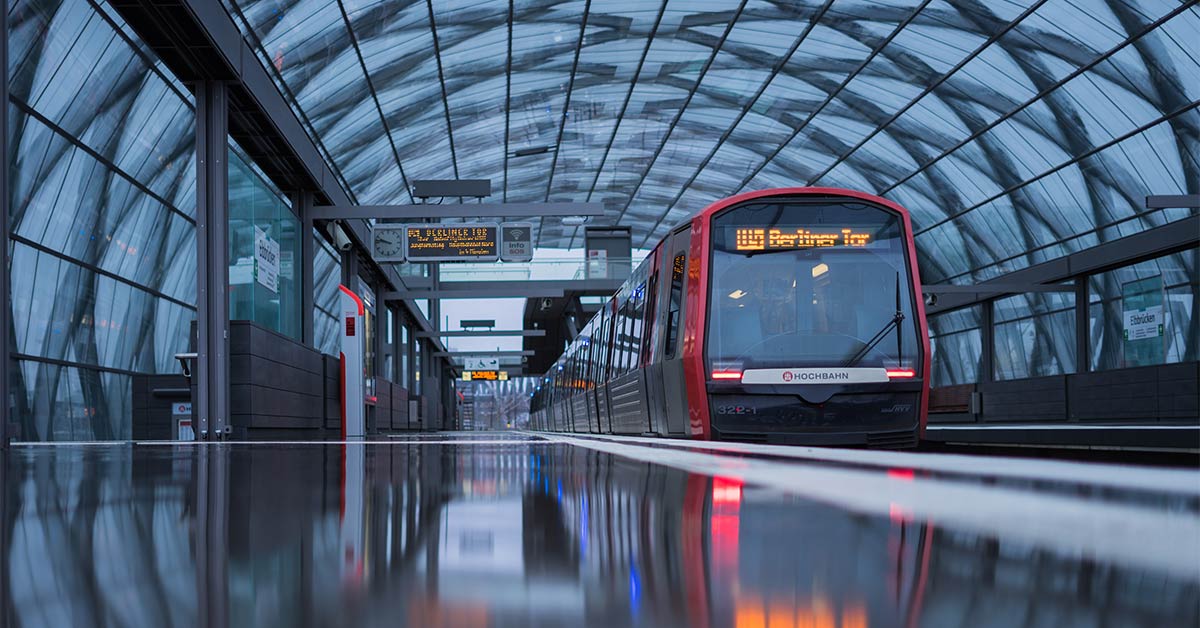 Stephen O’Malley loves cycling so much that he not only rides his bike 10 miles to work, even in the depths of winter — he incentivizes his 163 employees to do the same.

O’Malley, based in Manchester, UK, is the CEO of Civic Engineers, a civil engineering firm that’s also a certified carbon-neutral company working towards eliminating all of its emissions by 2030.

A big part of that effort is the company’s cycle-to-work scheme, which it introduced in 2015 as part of a broader UK government initiative to get more people out of cars.

The program essentially allows employees to spread out the cost of a new bike over 12 months, saving them up to 40 percent as the payments come directly out of their salaries and aren’t taxed. It has been used by over 1.6 million commuters working for over 40,000 different employers since it was rolled out by the UK government in 1999.

Civic Engineers’ efforts, which have seen around a fifth of its employees across Glasgow, London and Leeds benefit from the cycle-to-work initiative, are part of a wider trend.

For much of modern motoring history, free employee parking has come as a standard workplace perk — one that companies spend huge sums of money to provide.

This has largely held even as cities have gotten increasingly serious about incentivizing people to drive less. Yet fees and restrictions on workplace parking are among the most effective tools we have for reducing car use.

A recent study from the Lund University Centre for Sustainable Studies identified such measures as having the potential to reduce car commuting by up to 25 percent.

Now,  as companies strive to reach self-imposed carbon reduction goals,  and workers themselves demand that their employers become more environmentally minded, an array of corporate initiatives are taking shape to incentivize more sustainable commutes, and make free employee parking a relic of the past.

Getting creative to cut carbon

O’Malley’s team at Civic Engineers save around 13 metric tons of carbon emissions annually by donning their lycra instead of reaching for their car keys.

“Our team are very focused on their carbon footprint as part of their values and the cycle-to-work scheme is an enabler for them to purchase a bike for their commute,” says O’Malley. “We know from our employee surveys that this is an important benefit to them.”

This has proved true at, of all places, Lyft’s offices in San Francisco. In 2014, the ride-hailing company introduced a monthly fee of $260 for employee parking, and used 100 percent of the revenues it generated to subsidize more sustainable transportation costs for employees who didn’t drive to work.

At first the program bombed.

As it turned out, $260 was too big an ask, and Lyft headquarters found itself awash in empty parking spaces and accusations of unfair worker treatment.

But when it reduced the fee to $150, the initiative took off: the number of employees who drove to work fell by double digits, and the non-drivers were happy with the program’s kickback for other modes of transportation.

Other programs give commuters the choice between free parking at work or another benefit of equal value, like renting an apartment closer to a transit station. When the state of California did this in 1992, vehicle travel to work fell by 12 percent.

In many cases, these changes aren’t being foisted on an unwilling workforce.

According to a Deloitte report, two-thirds of organizations feel pressured by their employees to implement more policies that counteract climate change.

An IBM survey revealed that 69 percent of the 14,000 workers polled were more likely to accept a job with an organization they consider to be environmentally sustainable — and to stay there.

For those who have little choice but to drive, initiatives like the UK’s Electric Car Scheme are also taking the pressure off net-zero targets. Launched earlier this year, hundreds of companies have already signed up over 25,000 employees.

The program is similar to the cycle-to-work initiative, in that tax-free salary deductions towards an EV can be spread out over time, saving up to 60 percent of the cost. Its carbon emissions reduction is already the equivalent of planting 100,000 trees.

The most frequent criticism leveled at such programs is their impact on lower-income workers.

While the c-suite executives may be able to pay extra to keep driving to work, the critique goes, those below them are forced to adapt to “incentives” that essentially require them to commute more sustainably.

The UK’s cycle-to-work scheme in particular has attracted criticism for being unavailable to people on minimum wage, as the bike payments coming out of their salary would take them below a legally acceptable pay rate, prompting calls for the scheme to be reformed in a more inclusive way.

What’s more, self-employed people, who represent more than 13 percent of the UK labor market, are ineligible.

And because urban real estate is often the most expensive, lower-income employees are more likely to live further from transit options.

To fill these gaps, worker shuttle services like Google’s famous employee buses are becoming more common across a range of industries. UK shuttle provider Kura certainly thinks there is a market to be built here. Kura estimates one 49-seater coach can take 31 low-occupancy cars off the road.

Kura’s software uses postcode analyses to calculate optimal pickup points at public transit stops and residential hubs. These analyses are then converted into a published timetable, with routes created exclusively for its business customers.

Companies using Kura shuttles include those transporting staff to and from shifts at factories and call centers.

For example, at Spooner Industries, a UK manufacturer of commercial drying, baking and cooling equipment, staff save 88 miles on average per shared journey compared with individual commutes, Kura’s calculations confirm.

“Alternatives to single-occupancy car use, such as shared transport, would not only help businesses meet their net-zero targets, but also increase their appeal to current and future employees through showcasing their sustainability efforts,” says Kura CEO Godfrey Ryan.

Shuttle services also give businesses the opportunity to employ more people who may not have another way to commute into work, Ryan adds, because they don’t have a car or live near a transit station, or both.

Extending financial incentives for green transport options beyond the corporate sector does look to be the most challenging aspect of these programs, but company and civic leaders are already recognizing this.

‍Ukrainian refugees across the UK are being given free bikes to help them access training, volunteering and skills opportunities as well as attend English lessons and job interviews, and get to work once they’ve landed a job.

Their gratitude may be due to the money saved more than environmental concerns, but either way, Kura’s Ryan says investing in sustainable staff transport subsidies will become non-negotiable for employers.

“It’s clear that in cities like London a lot of command-and-control employers have relied on their employees enduring the daily hell and high cost of the commute without any negative impact on staff satisfaction or retention rate,” he says.

“This is now changing, as supporting, and even financing, a greener commute is now an important ingredient of any employer brand.” 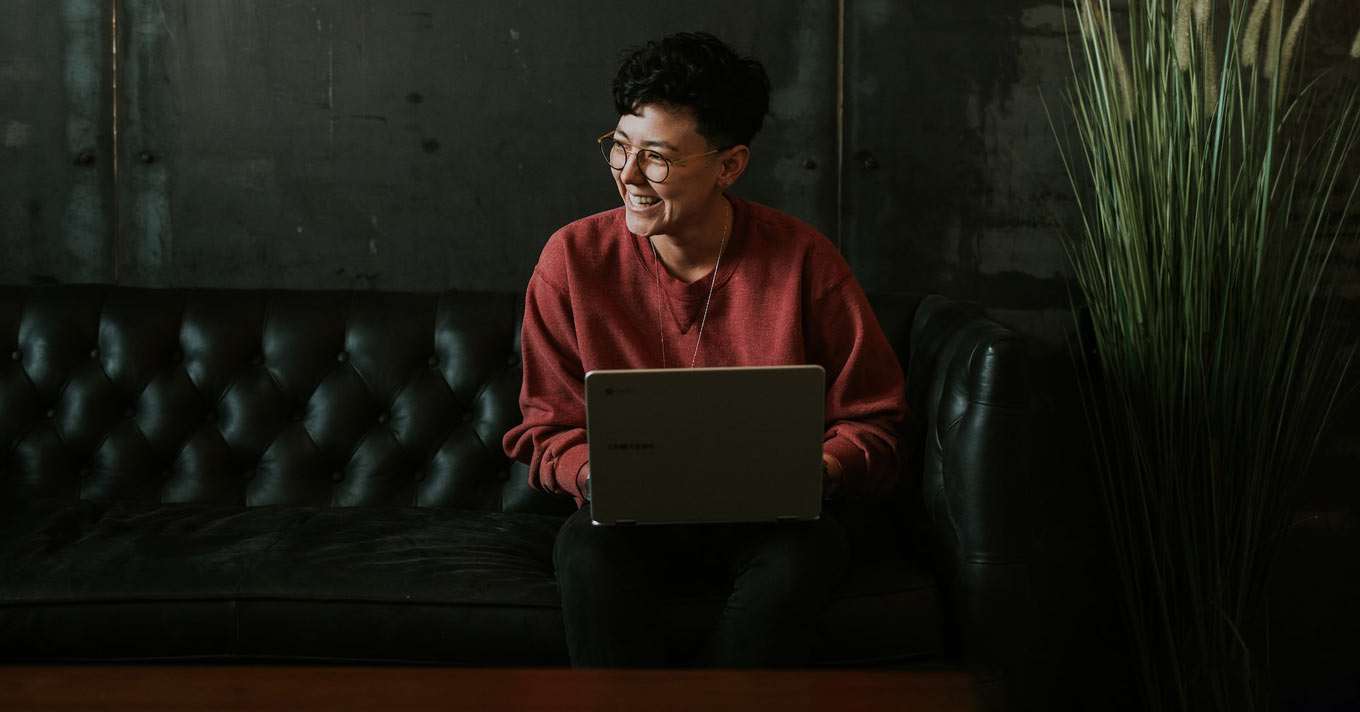 In a perfect world, one’s passion for a job would be matched by salary. But unfortunately, that’s not always how the job market works 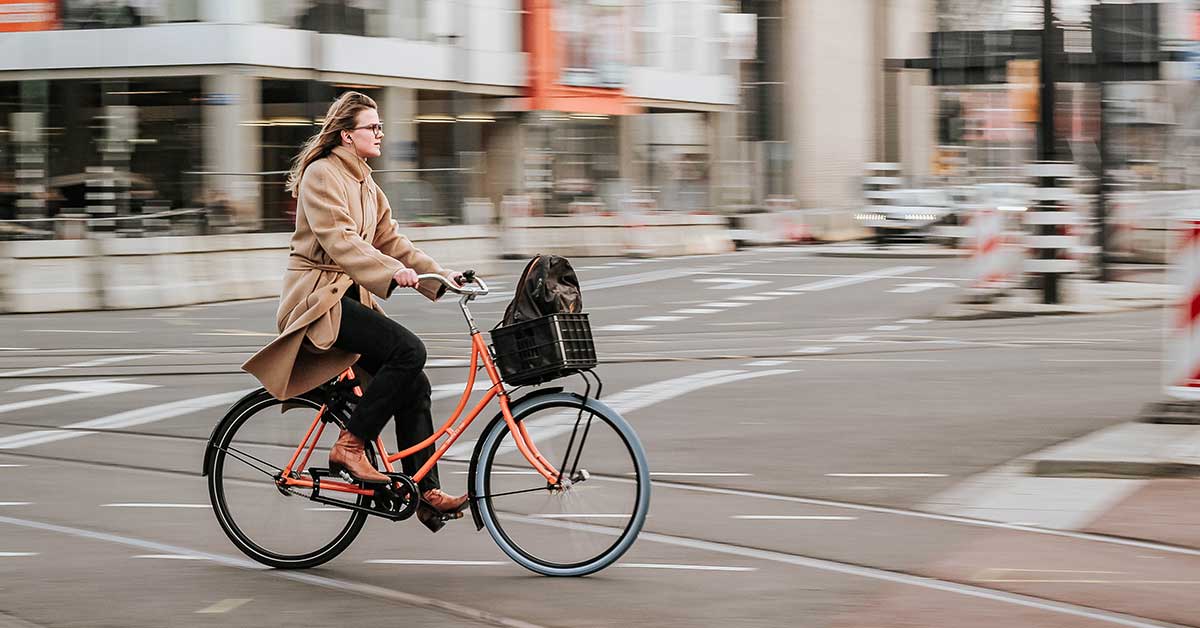 10 Cities Where Bike Commuting Is Growing Fastest in the US

Using data from the Bike League, the Census Bureau, the National Highway Traffic Safety Administration, and several cities' websites, we looked into the 10 cities in the U.S. where bike commuting has increased the most.