After Delaying Her Mammogram, Amy Klobuchar Is Working To Ensure Other Women Don't Skip Theirs 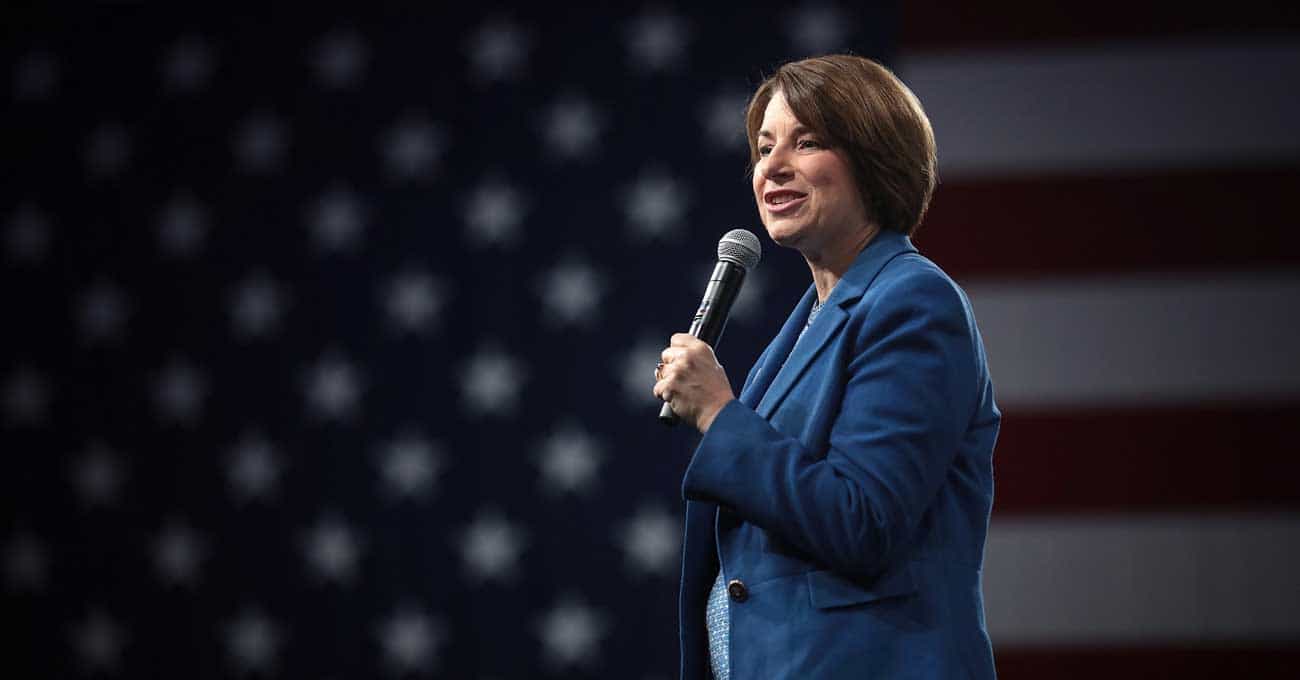 The Minnesota senator was treated for breast cancer this year.

She has bipartisan legislation that would encourage people to catch up on health screenings, which plummeted during the pandemic.

This story was originally published by The 19th.

Sen. Amy Klobuchar was overdue for her routine mammogram.

After all, the Minnesota Democrat had a lot on her plate. She was running for president. Then, her husband fell seriously ill with COVID-19 and was hospitalized. She was put in charge of the Rules Committee.

By the time Klobuchar went in for a screening in February, she was a year or two late, and her doctors at the Mayo Clinic found small calcifications, which were biopsied, revealing she had Stage 1A breast cancer.

She had a lumpectomy, then started radiation treatment two days after her father died in May.

She told the public about the ordeal for the first time in September, when announcing that she was cancer free.

Now, Klobuchar wants those who put off preventive screenings for breast cancer and other diseases because of the COVID-19 pandemic to get caught up.

“There was a realization that I wasn’t alone in delaying my own treatment, that there are so many awomen that have done the same thing, and men, with other types of preventative screenings,” Klobuchar told The 19th.

“When I told my story a few months ago, that was when I really realized it. That is when I heard the stories that people were putting it off. I had people texting me who were in the waiting room waiting for their mammograms,” she added.

Klobuchar is introducing bipartisan legislation Thursday that would encourage Americans to get preventive care by awarding grants to states, localities, and tribal organizations to address health care disparities; creating a task force to make recommendations about preventive care during public health emergencies; and directing the Department of Health and Human Services to launch a cross-agency public education campaign.

Studies have shown that 1 in 3 adults reported delaying or skipping health care during the pandemic. Health screenings for children decreased by 40 percent. The odds that a woman was screened for breast cancer in 2020 were 20 percent lower than in 2019, Klobuchar said.

“Thousands of women are walking around with undetected breast cancer,” she said.

As Klobuchar started putting together the bill, she first approached Republican Sen. Susan Collins of Maine, whom she called a “good friend” and who sits on several relevant committees.

Then she went to Sen. Mike Rounds, a Republican in neighboring South Dakota, because his wife was treated for cancer at the Mayo Clinic last year. They both signed on, along with Democratic Sens. Tammy Baldwin of Wisconsin and Jacky Rosen of Nevada, and Sen. John Thune of South Dakota, the No. 2 Republican.

Collins said in a statement that their bill will “strengthen education and outreach initiatives, particularly in rural and underserved communities.”

Klobuchar said as she’s heard from more women about their own breast cancer experiences, she’s noticed “what the mind does” to convince you it might be okay to skip a screening as you’re focused on other things: family, work, other illness.

Thank you @amyklobuchar for sharing your breast cancer story. Proud to be a part of the annual softball game @YSCBuzz @DWStweets https://t.co/lrGuPEzHiv

Klobuchar’s lumpectomy and radiation were in what she called a “sweet spot” between her vaccination and the rise of the more-contagious Delta variant. Her husband’s experience with the virus was nevertheless on her mind.

She said she felt safe throughout her treatment and believes that delayed screenings could result in sicker patients, or lost lives.

Klobuchar kept her diagnosis private from her Senate colleagues.

Her dad was dying. Then she had to plan his funeral. She was heading a probe into how a mob broke into the Capitol during the Jan 6 insurrection and holding hearings on restrictive election laws.

She was not going to hide it, but “it was too much at once,” she said. “I didn’t want the focus on me, honestly.”

“It made it much easier after I told them, actually,” she added.

Talking about her personal experience with breast cancer during the pandemic has now given her a platform to encourage other people to get the screenings they may need.

She’s scheduled for her next mammogram in November.

She's encouraging other people to get the screenings they may need.