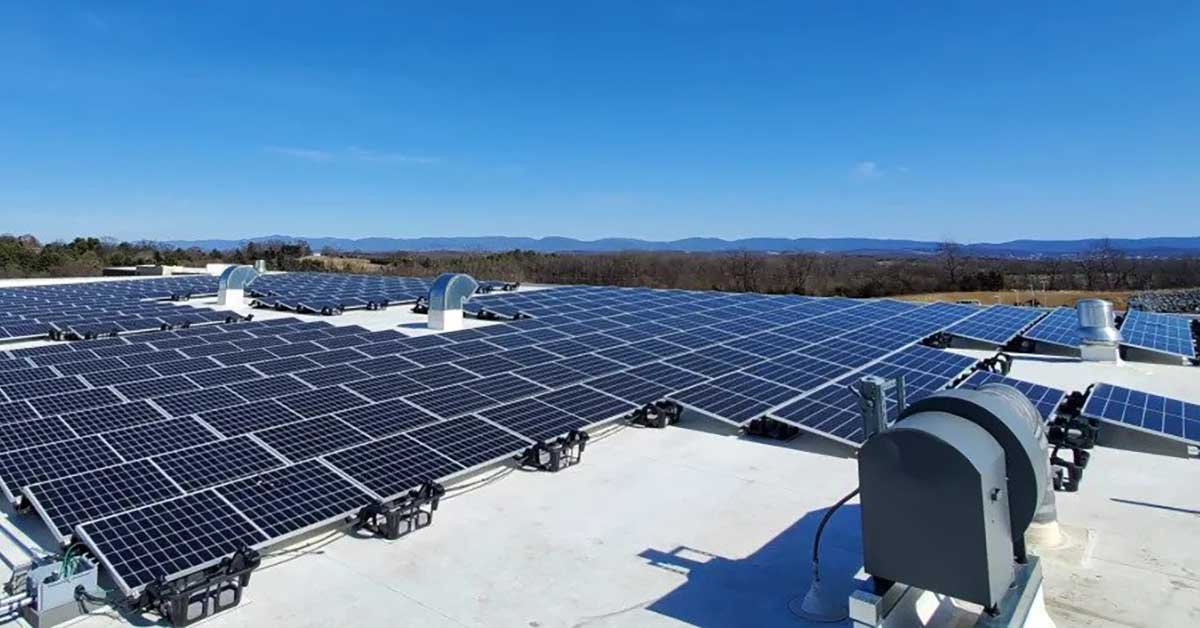 A Charlottesville business alliance is quickly progressing toward a goal of cutting carbon pollution by 45% by the end of 2025.

As warnings about escalating climate disasters proliferate, it's tempting to pull the bedcovers up — way high — and stay in the dark.

Aware of that urge to hide, a nimble Charlottesville nonprofit has an antidote for the disheartened. The Community Climate Collaborative, or C3, is inviting Virginians to peek at its early success in weaning local businesses from fossil fuels.

Together, 16 members of the Green Business Alliance pledged last spring to cut their carbon pollution by 45% by the end of 2025. Just a year in, the alliance is upward of halfway there — already achieving a 28% reduction.

Thus far, calculations reveal that members have stopped spewing the equivalent of 4,800 metric tons of carbon dioxide, which translates to removing 1,000 cars from roadways for a year.

"C3 is tiny, but we’re trying to contribute," emphasized Coles Jennings, the nonprofit’s director of corporate sustainability. "There’s just too much urgency to the problem."

Alarmingly, business operations overlap with more than 65% of Virginia’s greenhouse gas footprint via transportation, manufacturing or commercial building energy use, according to Jennings’ review of state Department of Environmental Quality inventory numbers.

Jennings doesn't pretend that a relatively puny carbon curtailment in the foothills of the Blue Ridge Mountains will solve the global climate crisis. But, he noted, the alliance's esprit de corps can provide a glimmer of optimism.

That's why C3 aims to widen its regional reach and eventually duplicate its model statewide.

"These businesses are doing something that’s really hard," said Jennings, who joined the C3 staff in December. "By taking action, members become a collective business voice for climate. Then they feel more comfortable speaking out.

"That’s when they become influencers, pushing for climate measures."

Jennings, a professional engineer, said serving as a sustainability coach for alliance members has been the thrill of his energy consulting career because of their open-mindedness and commitment to progress.

For instance, he pointed to the willingness of InBio to follow through on recommendations suggested by an energy audit. By upgrading its heating and cooling systems, the professional laboratory services company trimmed its gas consumption by 40%.

"That was super validating for me," said Jennings, who conducted the InBio audit as a freelance contractor in 2019. "I know we’re not reversing climate change with one company’s gas usage, but it was a really cool personal moment."

He also boasted about how The Center at Belvedere, a nonprofit community gathering place for seniors, constructed a new airtight facility that’s 2.5 times as large as its old one, with the same carbon footprint.

On the renewable energy front, half of the alliance members have added a total of 640 kilowatts of solar arrays to their properties.

One of Jennings' favorite tales entails Tiger Fuel, a family-owned fuel distribution company that has, perhaps counterintuitively, championed eco-values by announcing it had acquired a solar company at the alliance's May 2021 launch in Charlottesville.

It's an unlikely avenue for a company that distributes heating oil and propane gas and operates a network of gas stations, car washes and convenience stores.

"Lots of companies in their shoes would look at climate action as a threat to their business and actively resist it," Jennings said. "But instead, they’re asking how they can get ahead of it."

'Busy as all get-out'

Life has been "busy as all get-out" in the year since Tiger Fuel purchased Charlottesville-based Altenergy and grew to 363 employees. The latter, rebranded as Tiger Solar in February, has offices in Virginia, Maryland, Washington, D.C, Idaho and Michigan.

"We are absolutely happy we did it and also proud," President Gordon Sutton said about branching into solar. "I don’t see a lot of people scrambling to do what we’ve done. It’s never been our intent to be a pioneer. It just felt right for us."

C3 first invited Tiger Fuel to the alliance table due to its decades of service in the region and its serious approach to reversing climate change.

As teens, Gordon and his younger brother, Taylor, had pumped gas, checked oil, and cleaned windshields as their father, David, guided the morphing of the company beyond service stations and fuel delivery. The sons both returned to Tiger Fuel after post-college adventures.

By 2018, they hired neighboring Altenergy to install 17.5 kilowatts atop one store and two canopies sheltering gas pumps.

The brothers are in the midst of having Tiger Solar bedeck a mix of car washes, canopies, stores and one bulk facility with at least another 500 kW. Tiger Fuel would do 100% coverage, but not all canopies can support the weight of arrays and the company doesn't own the real estate at all 11 stores.

Gordon Sutton praised C3 for holding Tiger Fuel accountable for slicing its carbon footprint during a hectic year. The nonprofit deserves credit, he said, for strengthening bonds among enterprises that are secure enough to act quickly and ask one another for environmental advice.

For instance, Tiger Solar has completed a pair of solar installations — one 170 kW, the other 111 kW — at two Staunton dealerships owned by fellow alliance member Carter Myers Automotive.

"It's kind of fun to be engaged in an industry where there’s so much tailwind," Sutton said about the solar side of his venture. "It feels like every time we do a project, it's received with a lot of fanfare."

"People are paying more attention because, as a company historically engaged in the distribution of fossil fuels, we’re a bit of an outlier."

Still, while the laurels are welcome, the darts can sting. Sutton said he’s aware some solar competitors have tried to undermine Tiger Fuel's newest venture as a green sheen exercise.

"This is not some sort of hocus-pocus greenwashing thing," Sutton said about the dedication of Tiger Solar’s 50 or so employees nationwide. "This is real people doing real stuff in real time."

Altenergy, founded in 2004, had completed 1,700-plus solar projects totaling at least 42 megawatts. Tiger Solar has added 2.8 MW to that figure.

Sutton views that growth as a baby step. He is intent on extending Tiger's Virginia reach and also convincing owners of other competing fuel distributors, gas stations and convenience stores to join his solar fold.

"We are having conversations," he said. "None has yielded big results yet, but I’m confident they will."

Next? An appetite for more

C3 was adamant about crafting a program centered on smaller businesses because those with fewer than 500 employees are the backbone of Virginia's workforce.

Luring them to become the alliance's "freshman class" began with relationship-building because it’s not every day businesses trust a climate organization with their utility bills.

Energy usage metrics mined from those bills guided the individualized "emissions diet" plan for each business. Each participant began with a different baseline so they wouldn't lose credit for pre-alliance improvements.

Jennings is C3's chief data collector and reviewer responsible for providing participants with reports and updates.

"What's really exciting and unique is the community focus and flavor that’s missing in the Fortune 500," he said. "We're bringing in a whole range of businesses that otherwise wouldn't touch this stuff because they don't have the staff to do this type of analysis."

Jennings is fully aware some communities become hamstrung on climate action because well-intentioned and well-researched promises never evolve into doable plans. It can be an arduous and exasperating chore.

However, he figures his nonprofit's endeavor will only boost area efforts to curb emissions. Alliance members are crucial players if Charlottesville and surrounding Albemarle County are to slice planet-warming emissions by 45% (relative to 2011) by 2030.

With such an enthusiastic inaugural membership, Jennings is convinced the project will expand even after the final emissions measurements are released in spring 2026.

"They have such a common thread and an appetite," he said. "My hope is they'll ask 'What's next?' after outgrowing the core mission pledge."

In the meantime, he wants alliance members to buckle down on energy audits so they can maximize every electron of efficiency instead of leaping immediately to sexier solar.

"I came across this quote somewhere and use it all the time," he said. "'You have to eat your energy efficiency vegetables before you get your solar dessert.'"

This story was originally published by Energy News Network.