Finally, Black Women Are Getting Credit and Recognition For Starting The Nail Art Trend 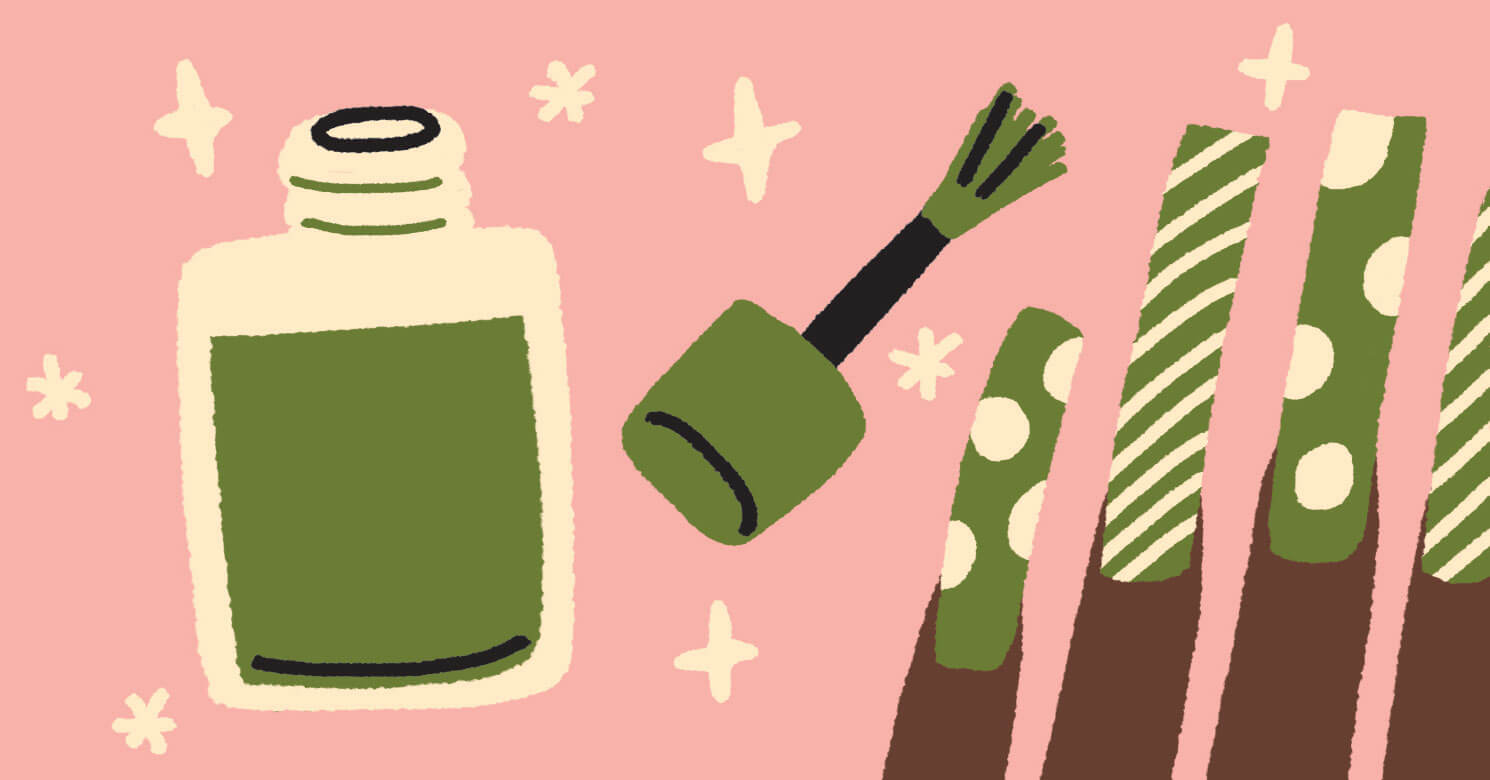 Nail art is a niche fashion trend which has become increasingly popular and more mainstream in the last few years. However, the Black women responsible for this craze have seen little to no credit.

But thanks to social media platforms like Twitter and TikTok, Black women are finally getting the credit they deserve and raising awareness on how the fashion and beauty world often capitalizes off Black culture.

Nail art has roots as far back as thousands of years ago to the time of the ancient Egyptians and Chinese, who would use nail polish to differentiate between classes.

Modern nail art dates back to 1950 — when acrylics were invented in the United States — and its roots and popularity originate with Black women.

As originally reported by Refinery29, in 1966, model Donyale Luna wore nail art on the cover of Twen magazine. During the 1970s, nail art became synonymous with the disco era; singers like Donna Summer and Diana Ross had "long, red, square-shaped acrylics bedecked with twinkling rhinestones."

La Toya Jackson and Flo Jo both wore intricate nail designs throughout the ’80s and in the ’90s, music legends like Missy Elliott and Lil’ Kim started a new cultural wave with nail art that can still be seen today, R29 wrote.

Black women have always been front and center of nail art’s hype in the United States. Yet even as early as the ’80s, Black women were criticized by media outlets for their nail art designs that did not conform with what white America perceived as “appropriate.”

Back then, nail art was supposed to be all about nude colors and French tip designs — no bright colors and certainly nothing long.

Athlete Florence Griffith-Joyner, known as Flo Jo, received plenty of criticism for her nails in 1988. After breaking the 100 meters world record three times at the U.S. Olympic track and field trials, her manicure garnered as much attention as her record, if not more.

The Chicago Tribune fixated on her nail polish in an article, pointing out that Griffith-Joyner wore “4-inch, curved, tiger-striped fingernails,” and commented on her fuchsia manicure the next day.

Professor Lindsay Pieper, a sport management professor at Lynchburg College, wrote about Flo Jo’s nails in a 2015 essay. “Writers highlighted Flo Jo’s fingernails both as a source of intrigue and revulsion, subtly emphasizing racial differences. Because she preferred long, colorful nails, the runner was depicted as abnormal, deviant, and different,” she said.

In the 2010s and 2020s, the nail art trend picked up considerably. However, Black women are still fighting to be accredited and respected for the fashion sensation that’s gone mainstream.

Nowadays, long, square-tipped, and bejeweled nails are more likely to be associated with a Kardashian than they are a Black woman.

But thanks to the viral power of social media, Black women are finally being credited for their integral role in this cultural movement. This is due to Black nail technicians and manicurists advertising their own work on Instagram, as well as the non-Black manicurists acknowledging the role that Black women have played in nail art.

In 2018, Japanese nail artist Mei Kawajiri of Nails by Mei did a color-blocked manicure on model Binx Walton for an Alexander Wang campaign. She bedazzled Walton’s nails and painted them with each color of the U.S. flag, a clear nod and reference to the manicures Griffith-Joyner wore during the 1984 and 1988 Olympics respectively. Kawajiri named the manicure “Flo Jo Nails” in honor of the athlete and included a runner emoji in her Instagram post.

Furthermore, Black women make up only a tiny percentage of the nail industry workforce with just two percent in 2018. But communities like Blkgirlnailfies on Instagram (@blkgirlnailfies) are putting Black women on the radar.

The creators told Allure in 2021 that their mission is to feature Black women’s nail art to celebrate Black women and their contributions to the culture.

To add to the unfairness, the beauty industry is notoriously difficult for Black women to break into. In the US, becoming a nail technician can cost up to $5,000 (in addition to the hundreds of hours that are required to train) — a price many Black women cannot afford due to economic factors and disparities compared to white women — and as far as businesses go, just 1 percent of venture-backed founders in the last five years were Black.

For example, Color Street is a company that sells stick-on nails with different collections called Awareness Shades; they design nail art that raises awareness for various different causes, such as mental health awareness and pregnancy and infant loss awareness.

While Black women are slowly, but surely gaining recognition for their contributions and integral roles in the nail art movement, there’s still a lot of progress to be made.

The next time you get your nails done, why not consider visiting a Black-owned nail salon? Not only would you be helping a Black-owned business, but you would be honoring, acknowledging, and recognizing the integral role that Black women have played in nail trends in the United States — and the role that they continue to play.