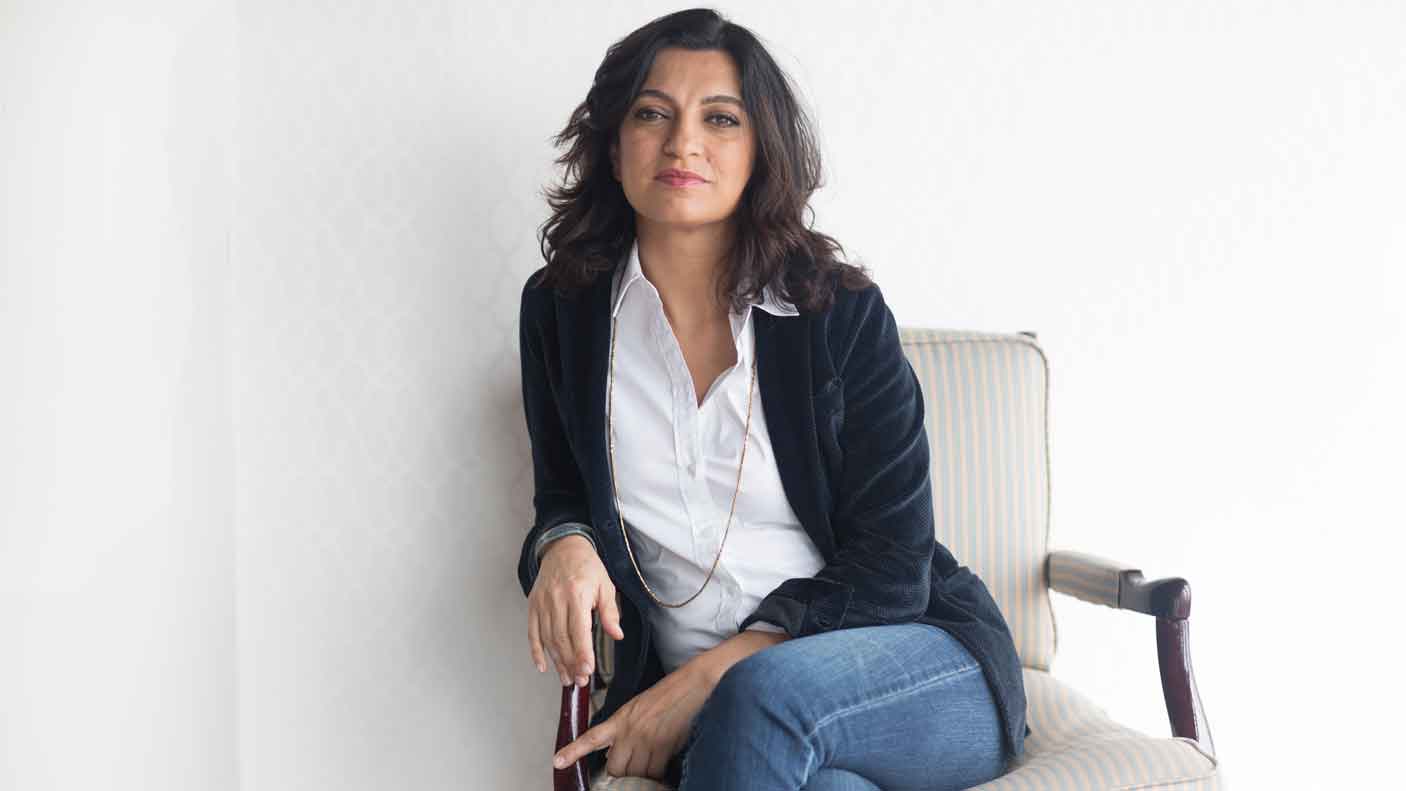 Firuzeh Mahmoudi’s memories of her childhood in Iran are very fond. She was born in San Francisco, but her parents moved back to their home country when she was just a toddler, and she remembers parties.

She remembers staying in a single bedroom with her mother and sister. “It was perfectly fine,” she says wistfully. “I was happy and life seemed full.”

And then her voice changes just a bit. “It was a bit hard,” she admits. “As the revolution approached.”

But while many millions of people were caught up in a swirl of oppression, destruction and heartache, Mahmoudi had the opportunity, vision and courage to make a difference for her country.

It’s a difference she’s still making today, attempting to start her own revolution, fueled by activism, volunteers, and an indomitable hope for and belief in Iran.

“I have a lot of energy and stamina and persistence,” she says. “So even if things are going hard, I’ll just keep at it.”

A little bit of background. The Iranian Revolution took place in 1979, when the US-supported Pahlavi dynasty was overthrown by a broad coalition of revolutionaries, mostly consisting of various Islamist groups and student organizations.

Mohammad Reza Shah Pahlavi was replaced by the Grand Ayatollah Ruhollah Khomeini, and the country voted to become an Islamic Republic, reversing its recent, general trend towards pro-Western values.

The reasons for the unrest and revolution remain the subject of a lot study even today. Usually when countries like Iran have a huge, paradigm-changing revolution, it’s the result of a huge financial crisis or a humiliating defeat at war.

But at the time of the revolution, Iran was a relatively prosperous nation. The revolution caught much of the world — and even any people living in Iran itself — by surprise.

“I definitely have a distinct memory of being in our family room and there were these old box TVs that had a wooden veneer on them,” Mahmoudi says. “And I remember the Shah was on TV and he was apologizing. He was the last king of Iran. And a lot of people thought that was the beginning of the end.”

Life began to change for Mahmoudi, from one of relative peace and contentment to one of unrest even, soon, activism. Her school got shut down (“that was the best!” she laughs), but slowly, more insidious changes started to take place.

Mahmoudi had to start wearing a head covering or risk arrest. People who spoke out against the new regime started to disappear. A neighbor who passed out flyers was deported.

One night, in fear, Mahmoudi, her mother and some friends dumped all their political books into the full bathtub and tore them to shreds, lest the government find out what they’d been reading.

It was a dangerous situation for a young girl, but it’s also where Mahmoudi started to uncover her activist streak.

“I remember late elementary school, I went to my mom and said that I no longer wanted to go to school at the school I was at because that’s where all the affluent kids went,” she remembers.

“I wanted to go to a school where everyone was welcome. And my mom, to her credit, let me do that. I had those values all along.”

Eventually Mahmoudi’s mother was persuaded that it would be safest for her daughters to go back to the United States, where they’d been born.

So at 12 years old, Mahmoudi and her sister, crisp, blue passports in hand, boarded a plane for San Francisco. Her mother, Mahmoudi said, cried so hard she had scabs on her cheeks.

“I was like, ‘Mom, we’ll be back. We’ll just be gone for the summer,’” she recalls. “I was telling myself that story.”

High school was difficult for a young Iranian immigrant who, initially, didn’t speak a lick of English. “I didn’t really feel like I fit in,” she says. “I would just read at the library during lunch so that people wouldn’t know I had no friends.”

But by the time she hit college at UC Berkeley, Mahmoudi was starting to come out of her shell. She met people, started hanging out and adjusted to her new country.

After she graduated and earned her master’s degree, she eventually got involved in environmental advocacy, working in India, the Philippines and some parts of Latin America. And she might have continued doing just that for the rest of her life, until something happened back in her home in Iran.

The Iranian uprising of 2009 was a watershed moment in many ways. It began when the Iranian government held a presidential election that was called for the conservative incumbent in a suspiciously short amount of time, which sparked vast protests in the streets of Tehran.

Just like they had 30 years before, the people of Iran demanded that their government be held accountable. The government responded with violence, arresting and even killing protesters — much of it happening on live video and being documented on a then-fledgling social media service called Twitter.

One infamous and shocking video showed a young Iranian protester named Neda Agha-Soltan getting out of her car only to be shot and killed. She died staring into the camera, her lifeless gaze frozen on screen.

“I was heartbroken,” says Mahmoudi. “And so was literally any Iranian. They were heartbroken.”

“There was one day that three to four million Iranians throughout the country protested in complete silence,” she says. “Not a word. To this day — right now — I got chills thinking about it. It was such a powerful day. And it was heartbreaking to think that all Iranians want and this is the most universal experience.

All people want is to be left alone to live their lives to their fullest potential; to be happy. And for their kids to be happy and have good lives. That’s simple, right? And it was taken away from them. It was pulled away from them.”

Mahmoudi wanted to help. She wanted to do something to support her people, but she didn’t know what to do.

“One thing I knew how to do,” she says “was organize.

“I literally googled ‘Iran human rights’ to figure out who to call,” Mahmoudi says. Her plan was to organize a global day of activism to raise awareness for what had happened in Iran and show support for the people being oppressed there.

And maybe this is what separates Mahmoudi from so many other people who want to get involved but don’t know how — that little extra bit of motivation and effort that convinces her to find a way to make a difference.

“Moving to a new country and starting over on my own, I learned to be resourceful and resilient,” she says. “I think those are the shining sides of the hardship I felt through my teenage years.”

She had three weeks to get her global day of activism together, and she poured her heart and soul to it. One phone call led to another. This email got her connected to that person. And three weeks after she’d first googled “Iran human rights,” 110 cities participated in Mahmoudi’s day of activism.

“U2’s band organizer called me and to ask for pictures to project on the wall during ‘Sunday Bloody Sunday’ that day,” she says. “I was so mad crazy busy that when the phone rang, my friend was picking it up. My house was kind of like the campaign center for the Bay Area. We had eighteen Nobel Peace Laureates lend their voice, including Archbishop Desmond Tutu. Amnesty International was involved, many different groups were involved — Reporters Without Borders, Human Rights Watch. We became the biggest day of solidarity for the people of Iran in history. And it still is.”

Mahmoudi’s success with organizing for Iran and her heart for her home country led her to transition away from environmental activism to create United for Iran, an independent nonprofit focused civil liberties in Iran.

“I was new to human rights work,” Mahmoudi says. “I’d done environmental health and justice work which, of course, has human rights’ components to it, but not human rights work. I’d started projects but I’d never started an entire nonprofit on my own. I had never been an executive director. So everything was new. We had a sharp learning curve for the first few years.”

Fortunately, Mahmoudi is a fast learner, and the team she started building around her was eager to figure out the best way to leverage their passion to make a real impact.

The first few years, they advocated for political prisoners and worked to make connections inside Iran for people who were already involved in activism from the inside.

“Ideally you want to create space for those inside Iran to continue the activism,” she says. “So we did what we could, but it took us a little while to figure out the best ways to have traction.”

“We wanted to become more systematic in what we did,” she explains. “So often times in this line of work, one is responding to what’s happening. And if you want to make deep, lasting change in any type of organizing effort, you want to be systematic and think long term, not always be on the defensive. That’s really critical.”

For United for Iran, being systemic has looked like a few different things. They’ve created a new project called the “Irancubator,” which uses technology to support communities in Iran.

They’ve created the Iran Prison Atlas: a massive, interactive database of all the political prisoners in Iran, where they’re being held, and the judges who sentenced them.

They’ve created an app that serves as a period tracker for women in Iran so that they can keep track of their menstrual cycles, and have an understanding of what their legal rights as a woman are in their country.

"These are things," Mahmoudi says, "that are important to the people of Iran, and these projects are empowering citizens to make their own changes."

Thanks to her work, Mahmoudi’s been blacklisted from Iran, meaning she can’t go back and visit. “I do hope in my lifetime I can go back,” she says. “I have no idea how quickly things can change.”

In the meantime, Mahmoudi is fighting for a home she’s no longer allowed to visit, doing what she can from a distance to make her country a better place. And even if she’s not really able to go to Iran, she’s taking part in her home through her activism.

“I very much believe that if I have a vision of the world it’s up to me to create it,” she says.

“The government’s there for us, so we are there to shape it, and if it’s not doing what we want it to then we need to get involved. Activism is essentially the same as breathing and paying taxes. One of the things we have to do every day, every individual, every generation. It’s something we have to do to do make sure that our lives are moving forward and progressing and not backsliding. We have to use that right to exercise as we can.”

Listen to our podcast interview with Firuzeh Mahmoudi on Sounds Good.

She created a project which uses technology to support communities in Iran.

This Nonprofit Is Providing Hope for North Korean Refugees

Liberty in North Korea believes the North Korean people will achieve liberty in our lifetime. Here's why we can be hopeful about North Korea — and how to make a difference. 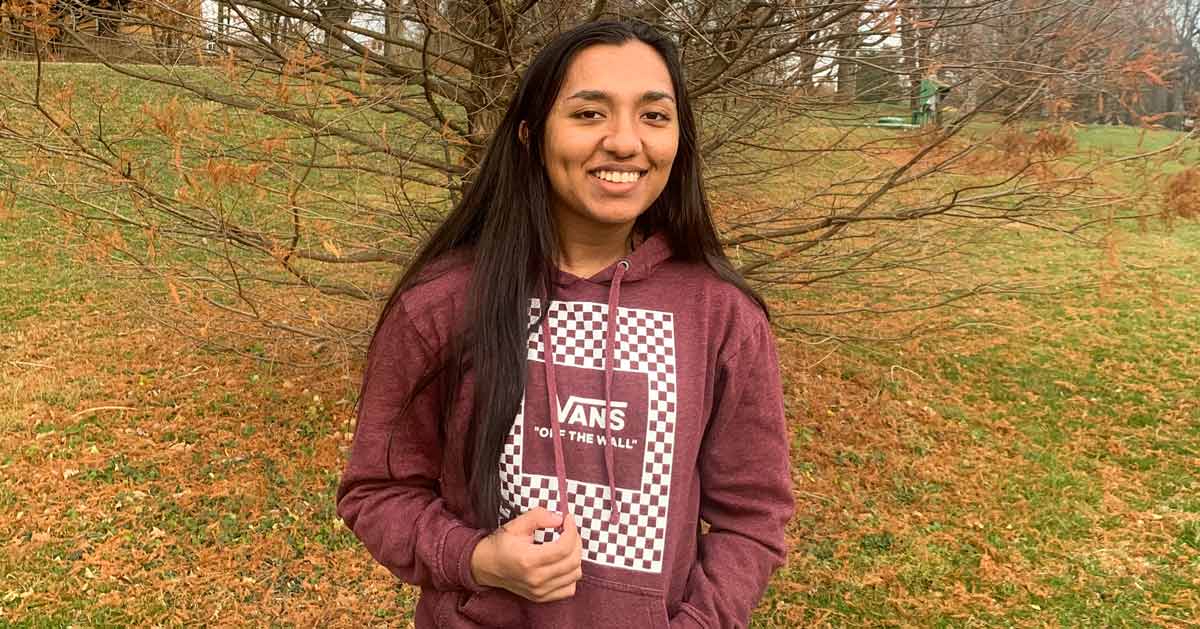