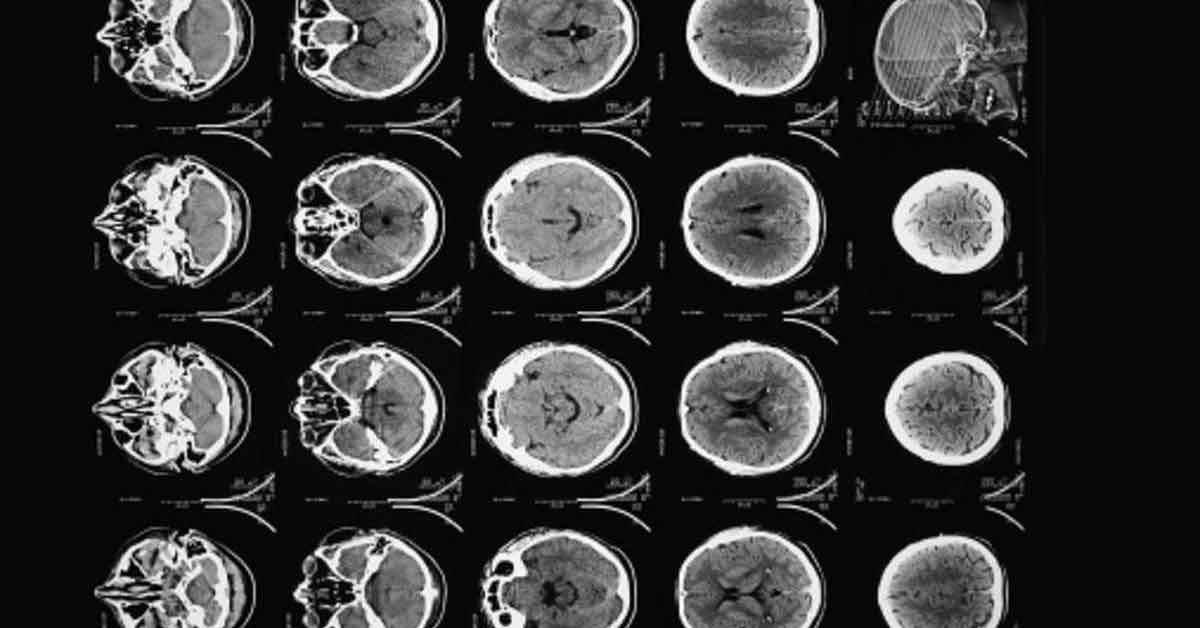 The possibility of precious objects hidden in secret chambers can really ignite the imagination. In the mid-1960s, British engineer Godfrey Hounsfield pondered whether one could detect hidden areas in Egyptian pyramids by capturing cosmic rays that passed through unseen voids.

He held onto this idea over the years, which can be paraphrased as “looking inside a box without opening it.”

Ultimately he did figure how to use high-energy rays to reveal what’s invisible to the naked eye. He invented a way to see inside the hard skull and get a picture of the soft brain inside.

The first computed tomography image – a CT scan – of the human brain was made 50 years ago, on Oct. 1, 1971. Hounsfield never made it to Egypt, but his invention did take him to Stockholm and Buckingham Palace.

Godfrey Hounsfield’s early life did not suggest that he would accomplish much at all. He was not a particularly good student. As a young boy his teachers described him as “thick.”

He joined the British Royal Air Force at the start of the Second World War, but he wasn’t much of a soldier. He was, however, a wizard with electrical machinery – especially the newly invented radar that he would jury-rig to help pilots better find their way home on dark, cloudy nights.

After the war, Hounsfield followed his commander’s advice and got a degree in engineering.

He practiced his trade at EMI – the company would become better known for selling Beatles albums, but started out as Electric and Music Industries, with a focus on electronics and electrical engineering.

Hounsfield’s natural talents propelled him to lead the team building the most advanced mainframe computer available in Britain.

But by the ‘60s, EMI wanted out of the competitive computer market and wasn’t sure what to do with the brilliant, eccentric engineer.

While on a forced holiday to ponder his future and what he might do for the company, Hounsfield met a physician who complained about the poor quality of X-rays of the brain.

‍Plain X-rays show marvelous details of bones, but the brain is an amorphous blob of tissue – on an X-ray it all looks like fog. This got Hounsfield thinking about his old idea of finding hidden structures without opening the box.

Hounsfield formulated a new way to approach the problem of imaging what’s inside the skull.

First, he would conceptually divide the brain into consecutive slices – like a loaf of bread. Then he planned to beam a series of X-rays through each layer, repeating this for each degree of a half-circle.

The strength of each beam would be captured on the opposite side of the brain – with stronger beams indicating they’d traveled through less dense material.

Finally, in possibly his most ingenious invention, Hounsfield created an algorithm to reconstruct an image of the brain based on all these layers.

By working backward and using one of the era’s fastest new computers, he could calculate the value for each little box of each brain layer. Eureka!

But there was a problem: EMI wasn’t involved in the medical market and had no desire to jump in.

The company allowed Hounsfield to work on his product, but with scant funding. He was forced to scrounge through the scrap bin of the research facilities and cobbled together a primitive scanning machine - small enough to rest atop a dining table.

Even with successful scans of inanimate objects and, later, kosher cow brains, the powers that be at EMI remained underwhelmed.

Hounsfield needed to find outside funding if he wanted to proceed with a human scanner.

Hounsfield was a brilliant, intuitive inventor, but not an effective communicator. Luckily he had a sympathetic boss, Bill Ingham, who saw the value in Hounsfield’s proposal and struggled with EMI to keep the project afloat.

He knew there were no grants they could obtain quickly, but reasoned the U.K. Department of Health and Social Security could purchase equipment for hospitals. Miraculously, Ingham sold them four scanners before they were even built.

So, Hounsfield organized a team, and they raced to build a safe and effective human scanner.

Meanwhile, Hounsfield needed patients to try out his machine on. He found a somewhat reluctant neurologist who agreed to help.

The team installed a full-sized scanner at the Atkinson Morley Hospital in London, and on Oct. 1, 1971, they scanned their first patient: a middle-aged woman who showed signs of a brain tumor.

It was not a fast process – 30 minutes for the scan, a drive across town with the magnetic tapes, 2.5 hours processing the data on an EMI mainframe computer and capturing the image with a Polaroid camera before racing back to the hospital.

And there it was – in her left frontal lobe – a cystic mass about the size of a plum.

With that, every other method of imaging the brain was obsolete.

Millions of CT scans every year

EMI, with no experience in the medical market, suddenly held a monopoly for a machine in high demand.

It jumped into production and was initially very successful at selling the scanners. But within five years, bigger, more experienced companies with more research capacity such as GE and Siemens were producing better scanners and gobbling up sales.

EMI eventually exited the medical market – and became a case study in why it can be better to partner with one of the big guys instead of trying to go it alone.

Hounsfield’s innovation transformed medicine. He shared the Nobel Prize for Physiology or Medicine in 1979 and was knighted by the Queen in 1981.

He continued to putter around with inventions until his final days in 2004, when he died at 84.

In 1973, American Robert Ledley developed a whole-body scanner that could image other organs, blood vessels, and, of course, bones.

Modern scanners are faster, provide better resolution, and most importantly, do it with less radiation exposure. There are even mobile scanners.

By 2020, technicians were performing more than 80 million scans annually in the U.S.

Some physicians argue that number is excessive and maybe a third are unnecessary. While that may be true, the CT scan has benefited the health of many patients around the world, helping identify tumors and determine if surgery is needed. They’re particularly useful for a quick search for internal injuries after accidents in the ER.

And remember Hounsfield’s idea about the pyramids? In 1970 scientists placed cosmic ray detectors in the lowest chamber in the Pyramid of Khafre. They concluded that no hidden chamber was present within the pyramid. In 2017, another team placed cosmic ray detectors in the Great Pyramid of Giza and found a hidden, but inaccessible, chamber. It’s unlikely it will be explored anytime soon.

This article was originally published by The Conversation on September 30th, 2021, and was made available to Good Good Good. 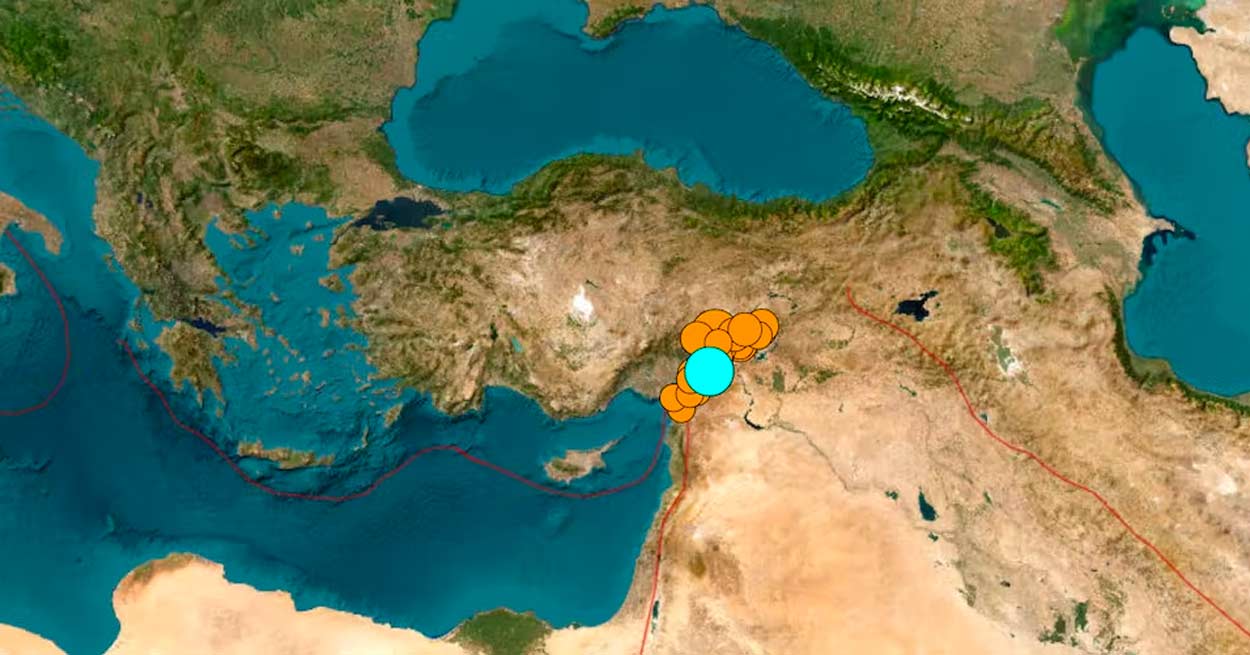