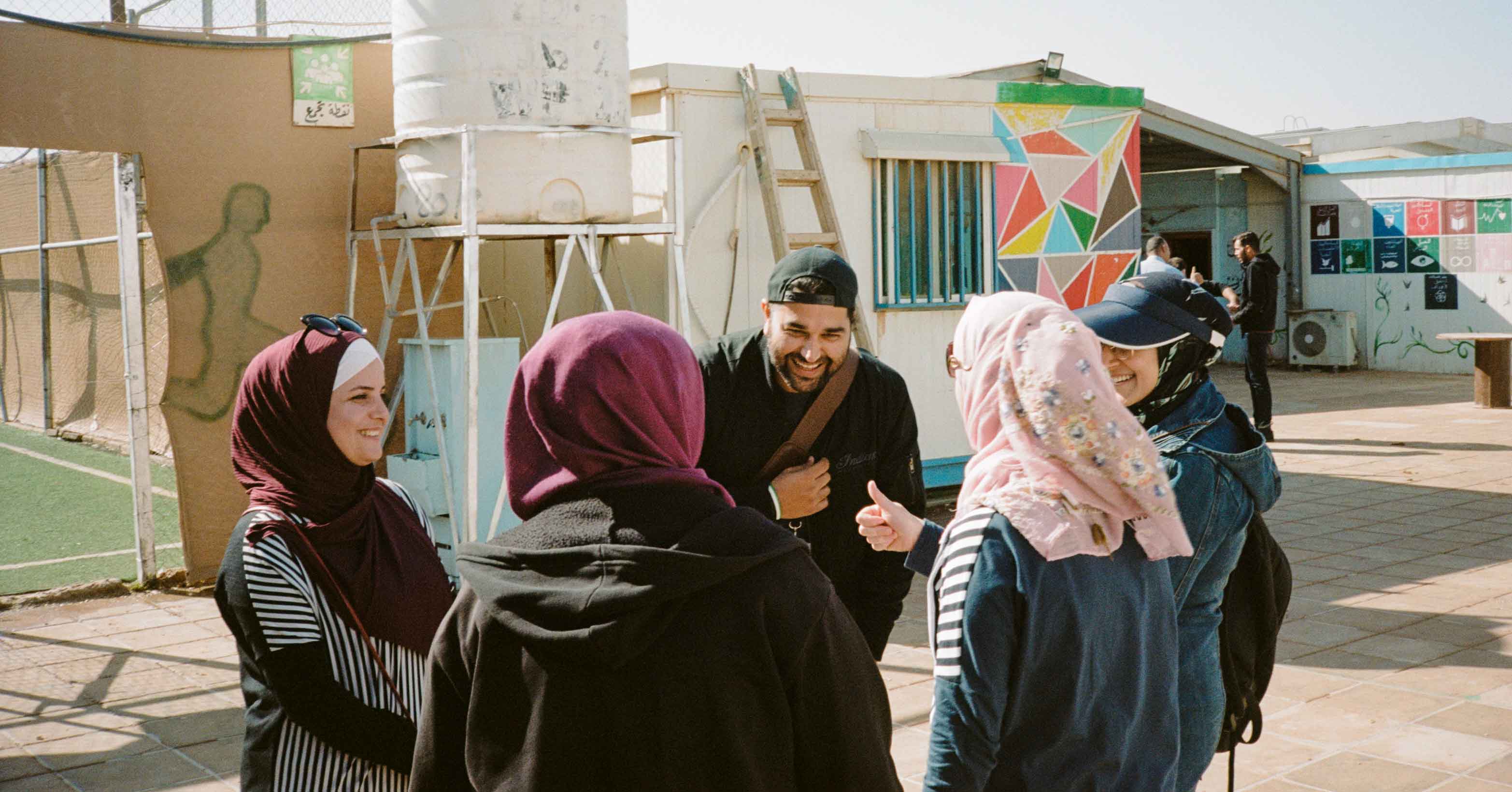 Mohsin Mohi-Ud-Din is the first American born into his family. His parents are from the disputed territory Kashmir, his father a doctor who moved to the U.S. for a job opportunity and met his mother on their wedding day. As a child, Mohi-Ud-Din traveled yearly between Kashmir, where many of his relatives still live, and Maryland, where he grew up.

At 18 years old, he visited Kashmir to create a multimedia piece documenting human rights violations in the region. He interviewed his relatives and other people in the community and witnessed a connection between storytelling and healing trauma.

Later, in 2009, he set up a program to help street children and migrant youth in Morocco and provided more than 300 children with tools for educational and emotional development.

In the year he was in Morocco, he saw a behavioral shift within the children, further confirming his idea about the effectiveness of art and communication therapies.

Years later, while working on the strategic communications team at the United Nations, Mohi-Ud-Din learned about the displacement of Syrians and thought his earlier program could evolve into something bigger.

He left his job at the UN and in 2014 founded his nonprofit, MeWe International. (The name “MeWe” comes from the two-word poem by Muhammad Ali, who Mohi-Ud-Din met at a mosque when he was a child).

He piloted the program in the Zaatari refugee camp in Jordan, one of the largest refugee camps in the world with more than 200,000 Syrians. The program now exists in 12 countries.

“Storytelling is a vehicle that takes us from where we are now to where we want to be,” Mohi-Ud-Din said. “We tend to have our narrative of our life defined by one thing, and our program [creates] spaces through communication and storytelling [to discover] things more meaningful than pain.”

The group centers on the power of creativity and storytelling to help participants enhance and transform their psychological wellbeing and build resilience, leadership skills, and community engagement.

The initiative’s central goal is to provide a space for participants to reframe the narrative of their experiences and define them on their own terms, all while practicing teamwork, leadership, and self-expression.

Refugee participants undertake a journey toward healing the trauma that forced them to flee their homes.

MeWe trains refugees to facilitate the program, which includes exercises in breathwork, goal-setting, video blogging, and other narrative therapy exercises. Participants share their work in small groups and with the greater community.

The initiative is self-sustaining and co-created with the participants so they can run it on their own instead of relying on a foreign NGO.

And MeWe International doesn’t only work with refugees — the program is also for asylum seekers in Texas, incarcerated youth in Washington, D.C., and even social entrepreneurs at large companies, among other communities.

“There's something in the DNA and the blood of all human beings that has fight in it,” Mohi-Ud-Din said.

“In the darkest of places, there’s still resistance and resilience and hope. You don't have to be a refugee or someone who's been through trauma to have that power inside of you. It’s inside all of us.”

In the darkest of places, there’s still resistance and resilience and hope.