Next Stop, the Sea: Sri Lanka’s Old Buses Are Being Converted Into New Homes for Marine Life 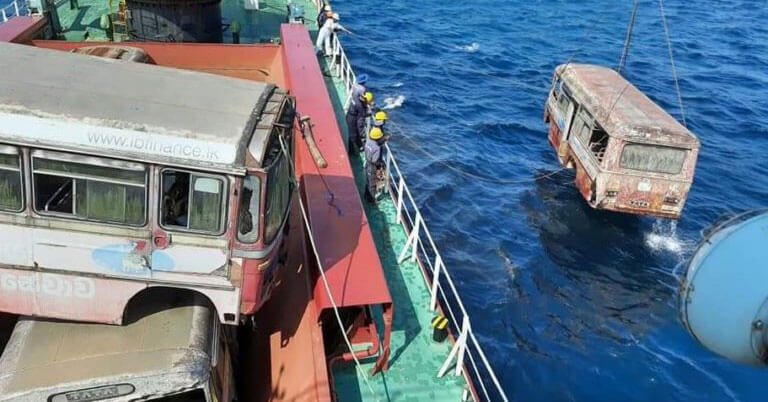 Buses are the most common mode of public transport in Sri Lanka. But after thousands of trips, facilitating millions of commuter rides over their operating lifetime, the buses are decommissioned and sent to junkyards, where they decay and corrode under the elements.

Now, however, the Sri Lankan government is giving them a second lease on life by sinking them in the ocean to serve as fish-breeding sites.

The Sri Lankan Department of Fisheries and Aquatic Resources (DFAR), working with other government agencies, has so far sunk dozens of buses at three sites. It sank the first 20 buses off Trincomalee on the island’s northeastern coast in November last year. The buses were ferried on a navy ship to a spot about 5 kilometers (3 miles) offshore.

The DFAR selected Galle in southern Sri Lanka as the second site, where it dumped 25 buses, and dumped another 24 buses in the third site in Jaffna, in the island’s north.

“The results are encouraging as the buses we dumped at the first site have already attracted a lot of fish,” Susantha Kahawatta, director-general of the DFAR, told Mongabay.

Sri Lanka has a narrow continental shelf, so apart from a few coral reefs, there are very few sites around the island that facilitate fish breeding. “But knowing that structures like sunken ships become artificial coral reefs over time, becoming fish breeding sites, we wanted to try out providing more such places around Sri Lanka,” Kahawatta said.

The structure of a bus body is ideal for fish to aggravate in and around, he added, noting that after some time on the seabed tit begins accumulating algae, barnacles and mollusks. The DFAR says it expects fast-growing corals too start sprouting on these structures soon.

The department obtained the buses for a token price from the Sri Lanka Transport Board (SLTB), which stores hundreds of decommissioned buses in its depots. “If we are to build a structure of this caliber, it would cost us more,” Kahawatta said.

Along with buses, the DFAR has also sunk a number of decommissioned fishing boats, and is also trying to get more substantial structures such as train cars for the project.

On land, these broken-down structures are an eyesore and take up space that could be used for other purposes. They also collect rainwater, becoming mosquito-breeding sites, contributing to the spread of diseases like malaria and dengue fever. Sinking them therefore has benefits beyond the ecological ones, Kahawatta said.

The National Aquatic Resources Research and Development Agency (NARA) selected the sites for this project, looking for areas with a water depth of 10-15 meters (33-49 feet). It also considered the wave patterns in the particular area, said Prasada Punyadeva, head of NARA’s fishing technology division. Getting the depth right is important, he added, as they site need to get sufficient sunlight in order to promote the growth of marine life.

Terney Pradeep Kumara, general manager of the Marine Environment Protection Authority (MEPA), said his agency had checked the buses and other structures to ensure they were free of pollutants before being sunk.

Kumara, who is also a marine biologist and former head of the Marine Sciences & Technology Department at the University of Ruhuna, said it’s important to monitor the sites regularly and systematically to assess the program’s success.

Marine ecologist Arjan Rajasuriya welcomed the program’s intent, but said it would be more robust if it used metal structures purposely built for life at sea, like ships or barges, as they would last longer.

He noted there was a previous instance in which buses were dumped in the ocean for fish breeding. In that case, the buses had been damaged during communal riots in 1983, and NARA had sunk them off Bambalapitiya in Colombo, on the island’s west coast.

When Rajasuriya dived at the site the following year, he found only the chassis of the buses remaining, sticking up from the sand. He also warned against sinking fiberglass boat hulls, as they could later break up into microplastics.

Sri Lanka sits on an important maritime trading route in the Indian Ocean, and over time has accumulated plenty of large and medium-sized shipwrecks in its waters.

These include the world’s first purpose-built aircraft carrier, the HMS Hermes, which was sunk by Japanese war planes in 1942. In 2018, the Sri Lanka Navy lifted the wreck of another British ship, the SS Sagaing, also sunk by the Japanese in 1942, and moved it from the Trincomalee Harbor to a different location.

The new site has since been regularly monitored by the Navy to see how corals and other marine life have thrived in it. Similar monitoring should be applied to check on the progress of the sunken buses as well, said Rasika Muthucumarana of the Maritime Archaeology Unit (MAU) of the Central Cultural Fund (CCF).

In another initiative, the Sri Lanka Navy has set up underwater “art galleries” at a number of sites in Trincomalee, Galle and in Nilwella in southern Sri Lanka.

These sites mainly consist of cement statues depicting different historical characters and are also tagged as underwater museums by the Navy. It expects the sites to be tourist attractions while also supporting fish breeding and marine biodiversity.

Sri Lanka’s oceans are not short on natural habitats for fish breeding, but many of these habitats have been lost to destructive fishing practices such as blast fishing.

This story is part of the SoJo Exchange from the Solutions Journalism Network, a nonprofit organization dedicated to rigorous reporting about responses to social problems. It was originally published by Mongabay on July 21st, 2021. 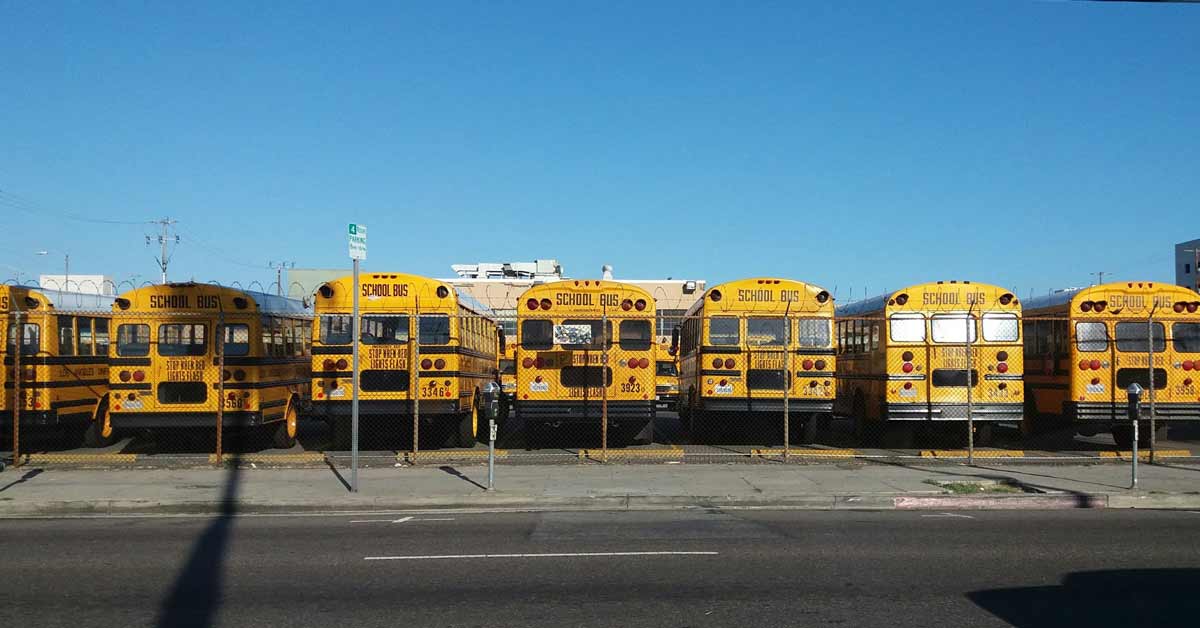 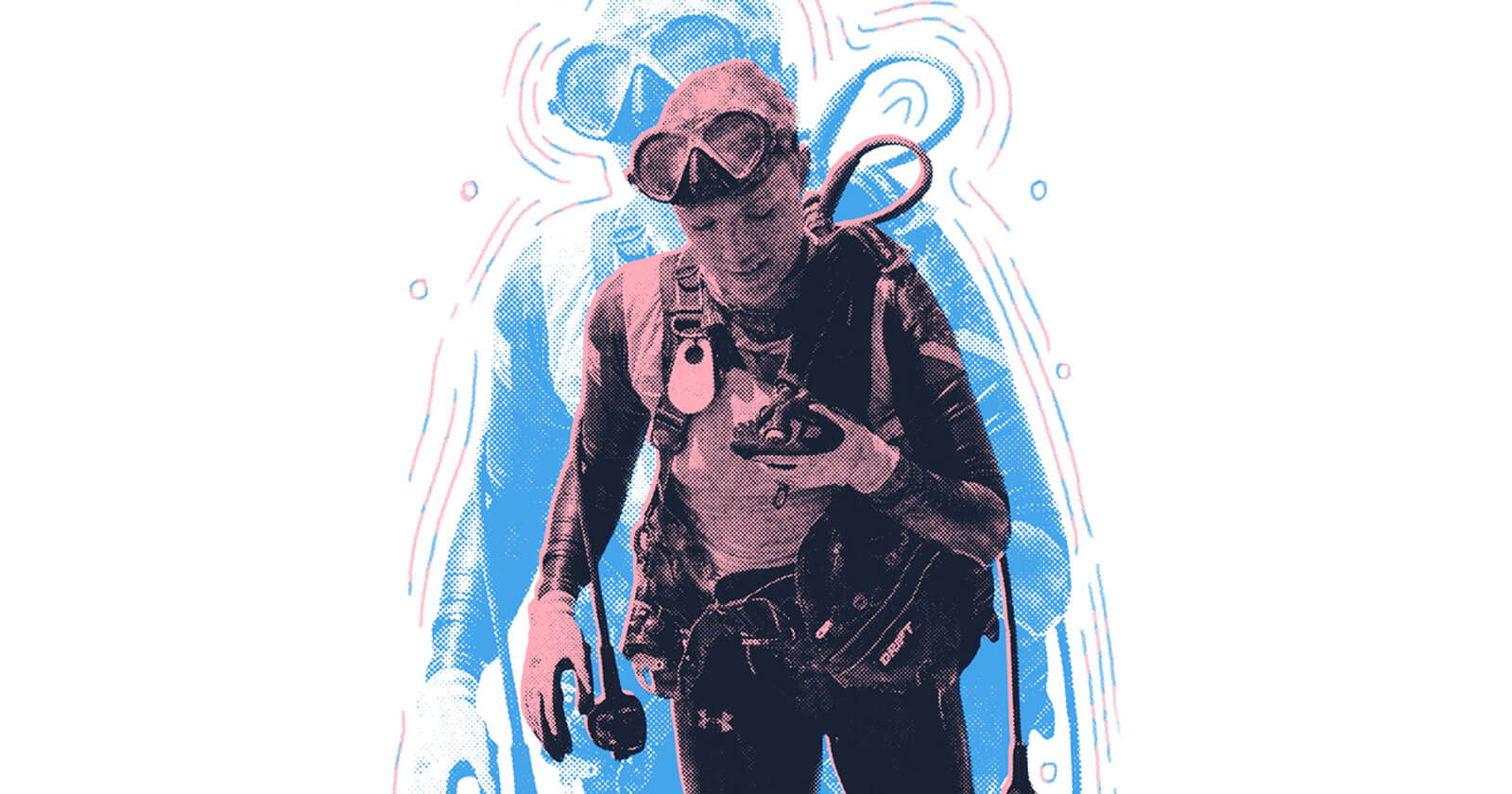