How Giving Up Flying Helped Me Rediscover the World 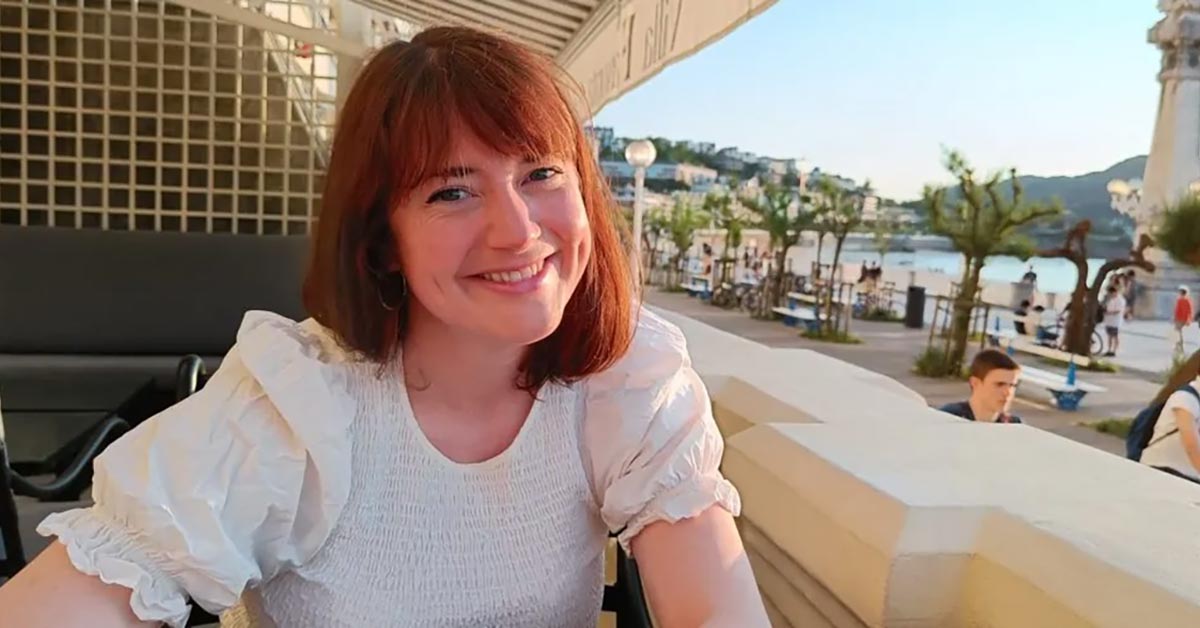 Being a travel editor who’s given up flying for the climate elicits a range of responses: incredulity, cynicism, enthusiasm, awe, disgust — any and all are possible depending on the demographic and worldview of the listener.

I’ve gotten used to the inevitable questions that come next since I first went flight-free in 2019. “But, why?” “How do you do your job?” “Doesn’t your boss mind?” And: “But really, why?” Yet I’ve also become bolder in sharing my decision. Because, in response to that last query, my answer is simple: I believe individual decisions can and do make a difference.

Of course, the myriad reasons behind any massive lifestyle change are a bit more complicated. For me, the seeds of the idea were sown slowly, seductively, and their leaves unfurled so gently that I didn’t even realize they were there until what seemed to be an entire tree growing in my brain.

Three years ago, talk of the climate crisis was everywhere: in the school strikes started by teen activist Greta Thunberg, on the streets with widespread Extinction Rebellion (XR) protests, on our screens with David Attenborough’s usually soothing tones warning us of the threat to our planet if we didn’t dramatically adapt the way we lived.

The conversation extended to travel, too. Actor Emma Thompson got dragged in the press for choosing to fly to the UK for an XR demonstration despite the carbon emissions the journey entailed. Prince Harry and Meghan Markle received similar scrutiny for hopping on private jets. And the flygskam, or “flight-shame,” movement was gaining traction in Sweden.

This last was a new phenomenon, given extra momentum by famous proponents including renowned opera singer (and Greta Thunberg’s mother) Malena Ernman and Swedish Olympic athlete Björn Ferry. The concept? That, at this juncture in the climate emergency, jetting off should be something that makes us feel guilty, not an aspirational activity to proudly shout about from the proverbial rooftops of social media.

A related campaign, Flight Free Sweden, was encouraging Swedes to pledge to quit flying for one year in the hopes that kicking the habit short-term would spark longer-term behavior change. This idea inspired similar chapters to spring up around the world, including in the US, France, Australia, Slovenia, Peru — and in my home country, the UK.

As I increasingly struggled to reconcile aviation emissions with net-zero targets, an idle thought crossed my mind: what if I took the flight-free pledge? From then there was no turning back. The hulking great tree in my brain had taken root.

The inequality of flying

Whenever you challenge the status quo with your actions — and, strange as it may seem, not flying is still regarded by many as inherently counter-cultural — you’ll get pushback. One argument I hear frequently runs thus: flights are cheap, alternatives are not. Therefore, if you raise the price of flying to reflect aviation’s detrimental impact on the planet, you’re really punishing the poorest in society.

This is something of a smokescreen. The idea that flying is the “norm,” and consequently akin to a human right we are entitled to, is completely skewed. In fact, most of the world’s population have never set foot on a plane. Even in the UK, where a proliferation of budget airlines and cut-price tickets made us the leading nationality for international flights taken in 2018 — one in 12 international air travellers was British — just over half of the population (52 percent) will fly annually.

“We think everyone’s on the move but, in reality, just four percent of the world’s population fly in any given year,” says Professor Stefan Gössling of the School of Business and Economics at Linnaeus University in southern Sweden. “When we talk about flying, we are really talking about an elite activity.”

A 2020 study he authored found that at most one percent of the global population likely accounted for more than half of all carbon emissions from passenger aviation in 2018.

David Banister, emeritus professor of transport studies at the University of Oxford, made a similar case back in 2018 when debating whether a third runway at Heathrow would really benefit the UK. “The evidence would suggest overall that cheaper flights have enabled those already flying to travel more frequently and possibly to save money,” he said. “The richest 10 percent make nearly seven times as many trips by air as the poorest 10 percent of the population.”

When it comes to individual behavior regarding anything sustainability-related, the same question always comes up: why bother? If oil companies are going to keep drilling, frackers to keep fracking, and the entire gamut of global corporations to keep prioritizing profits over people and planet, what possible difference can I make? It is, of course, an extremely valid — and dangerously persuasive — argument. But it’s not the whole story.

“The more research I do, the more I believe that individual action has a wider ripple effect,” says Steve Westlake, a PhD researcher in environmental leadership at Cardiff University in the UK.

“Social norms are very powerful — the idea of what we all agree to do. If someone does something different that challenges the social norm, like giving up flying, we assess why they are doing it. We balance and judge our own behavior against what others are doing.”

Westlake’s Masters dissertation looked at the effect that individuals’ decision to stop flying for the climate had on others. The research looked at both climate leaders — including established environmental scientists and writer and activist George Monbiot — and “normal” people. Although the influence of the former was more pronounced, with around two thirds of those surveyed saying they flew less as a result of the leaders’ decisions, regular people’s actions also had a significant impact: roughly half of the 380 people surveyed said they flew less in response to knowing someone who had gone flight-free.

Anecdotally, I’ve noticed this ripple-effect through my social circle. A friend told me about their decision to take the train to Italy this summer, my brother-in-law opted to travel by rail to and from a recent conference in Glasgow, and my boyfriend took the plunge and booked a ferry back from the Channel Islands when he’d usually fly.

But don’t just take our word for it. Let’s look at Sweden, our test case thanks to the aforementioned flygskam movement, which had a real-life, tangible effect. In 2019, Swedish domestic air travel decreased by nine percent and train travel surged by 11 percent, in part attributed to flight-free campaigners and greater climate change awareness.

“You could say that there’s no point in voting in an election because your individual vote won’t make a difference, yet we do it because we’re part of a collective trying to steer society in a different way,” says Westlake. “It’s the exact same thing with climate change. Solving this problem is going to be a collective effort and we can contribute with our personal choices and the effect of our decisions within society. You do have agency.”

In the end, as much as all the above is undoubtedly true, I have one much more selfish reason for carrying on with my flight-free pledge in 2021, 2022 and likely beyond: slow travel is just plain wonderful. As Mark Smith, aka the rail guru known as The Man in Seat 61, puts it: “Airlines suck the joy out of travel. But trains and ships are real travel, romantic travel… The journey can be as fun — and sometimes more fun — than the destination.”

I have found this to be true. Every trip I’ve taken since swapping planes for trains, ships, buses, bikes and legs has been gilded with a giddy sense of adventure, bringing with it a real connection to place as I’ve passed through landscapes, not over them. Going flight-free has introduced me to the appreciation that comes with arriving into a destination, buoyed up by a childlike sense of wonder, after a proper journey by land and sea.