Why Noise Reduction Could Save Marine Life 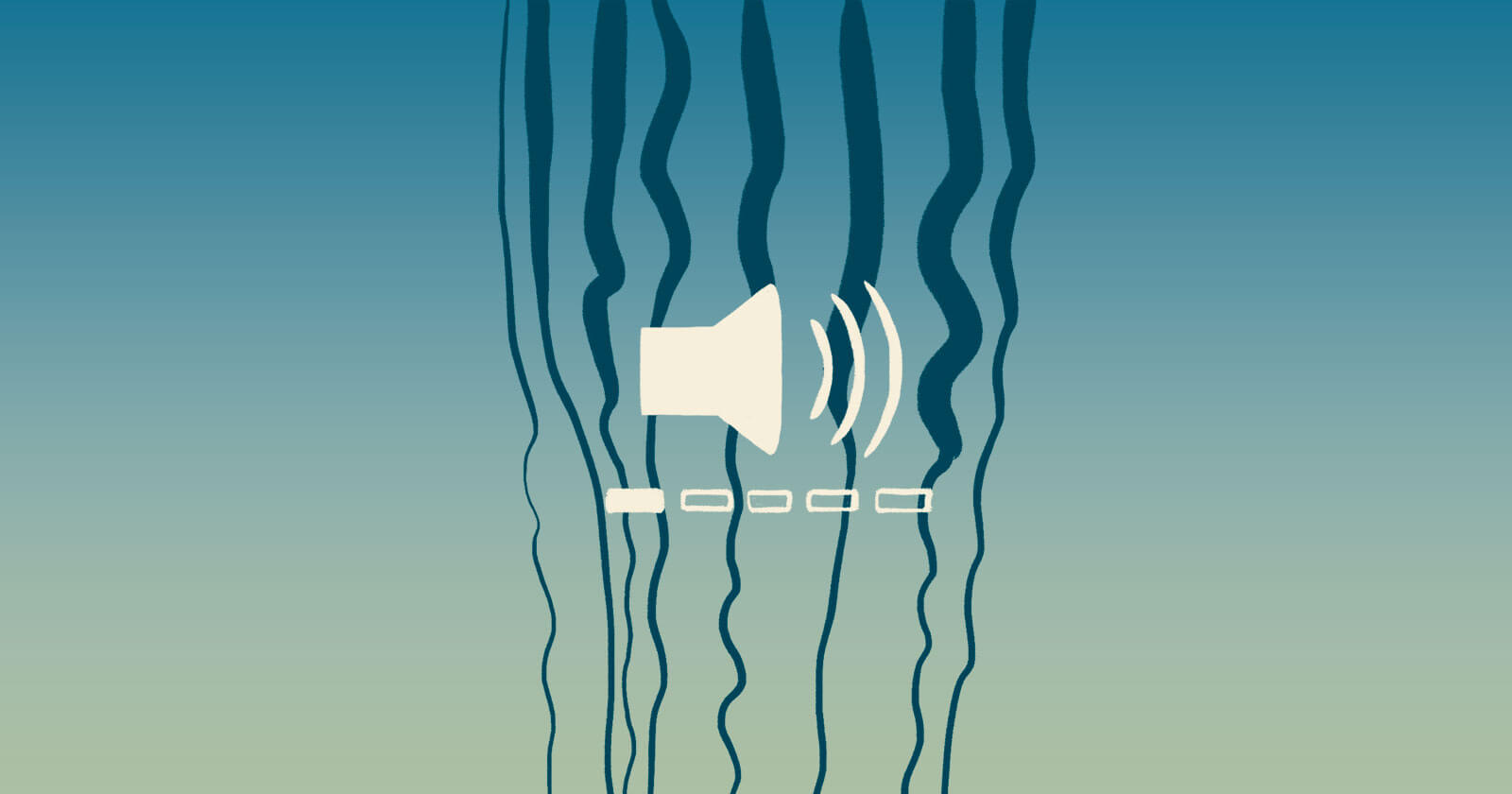 Sound is essential to the survival and prosperity of marine life, but human-made ocean noise threatens this fragile world. Sound travels much farther and faster underwater than in air and is vitally important to marine animals for communicating, navigating, finding food, meeting a mate, and detecting predators.

High levels of noise from shipping, oil and gas exploration, naval sonar training, and construction drown out the ocean’s natural sounds. In the Pacific Ocean alone, shipping noise has doubled every decade over the last 40 years, according to the International Fund for Animal Welfare.

For blue whales, this rise in ocean noise has drastically reduced their ability to interact with one another, decreasing the distance they can communicate over by as much as 90 percent. This means that breeding opportunities and choice are reduced or lost — which, for an endangered species, can have population-level implications.

Because noise is invisible, the impact on different animals is hard to measure, and it can take time for the effects to become clear in individuals or populations. There is evidence, however, of how noise affects marine life.

For instance, when shipping traffic on the east coast of the U.S. stopped in the aftermath of the September 11th attacks in 2001, scientists studying North Atlantic right whales observed a sharp decrease in stress-related hormones in their feces. “This is the first evidence that exposure to low-frequency ship noise may be associated with chronic stress in whales," they observed.

Loud sounds also seem to trigger panic dives in whales that cause a kind of decompression sickness, causing hemorrhages in their brains and hearts, which can lead to death, according to reporting by Nature in 2019. The organization also reported that boat noise can increase stress-hormone levels in fish and crabs, causing them to spend more time patrolling for danger than caring for offspring.

There’s enough evidence to tackle problems such as marine noise, climate change, and ocean pollution. They’re all important to address, but marine noise is the easiest and quickest to reduce because it can be mitigated with quick, tangible changes, such as rerouting shipping lanes and redesigning propellers.

A 2018 study by Rob Williams, co-founder of the conservation group Oceans Initiative, found that in a modern fleet of more than 1,500 ships, half the noise came from just 15 percent of vessels, so targeting the worst offenders could go a long way.

In Europe, national legislation and the Marine Strategy Framework Directive require countries to demonstrate an improving trend in reducing underwater noise. And some companies are on board with making changes. Danish shipping company Maersk spent more than $100 million in 2017 to save fuel by retrofitting vessels’ hulls and installing more efficient propellers on 11 of its ships.

Five of these ships underwent acoustical testing and were far less noisy by six to eight decibels, translating to a 75 percent reduction in acoustic energy — comparable to the decrease in marine noise because of reduced commerce activity after the 9/11 attacks, according to a 2012 study published in Proceedings of the Royal Society B.

These changes are largely voluntary, but in 2017, the Vancouver port authority started offering discounted rates for quieter ships, making Canada the first country in the world to offer a financial incentive to reduce marine noise. (These, and other actions, are proving to be good news for whales.)

Oil and gas exploration are another potential area for marine sound reduction, according to a study published in February in the scientific journal Science. In 2011, French energy company Total designed, built, and tested a marine version of vibroseis — a quieter, proven seismic surveying technology already used on land.

Tests showed that vibroseis does not generate the more harmful frequencies produced by traditional surveying, reduces surveying time and thus the duration of stress on marine life, and lowers overall sound pressure levels, Alex Loureiro, a marine biologist at the International Association of Geophysical Contractors, told Scientific American. Total expects the first industrial fleet of marine vibrators to be in use by 2023.

Marine noise could also be mitigated by strategically managing traffic on the water. One promising example is a voluntary program developed in the Haro Straits around Canada’s Vancouver Island, which asks ships to reroute away from endangered resident killer whales and recommends slower speeds for large ships to reduce underwater noise.

From August to October of 2017, many of the container ships and freighters traveling through the straits voluntarily slowed to 11 knots from speeds as high as 18 knots, adding half an hour to their journey but reducing engine noise. For some ships, dropping by just 3 knots cut noise intensity in half. During the 2017 slowdown, the noise dropped by a median of 1.2 decibels — a 24 percent reduction in sound intensity.

The good news is that noise pollution can be tackled rapidly. There are known solutions and effective ways to mitigate the risk. And fortunately, most ship-quieting methods go hand-in-hand with improving fuel efficiency, making them solutions that companies will be eager to embrace in time.

It's a win-win for the environment, marine life, and the shipping industry.