Worn Down By Bad News? You're Not Alone... 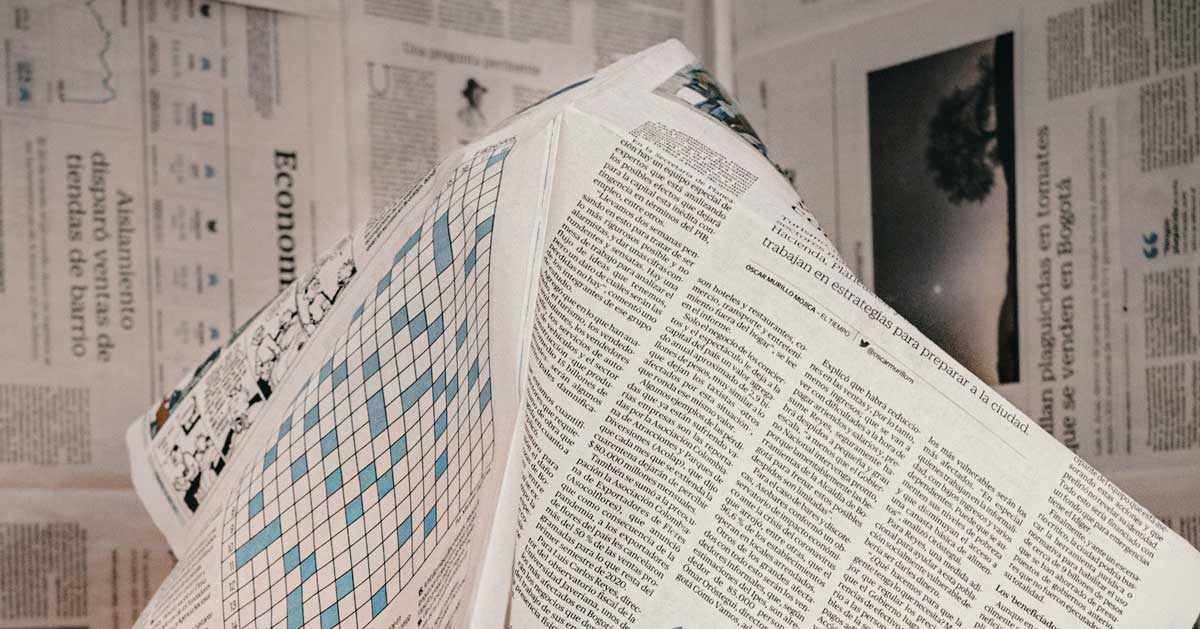 In 1983, Canada’s Anne Murray released another hit song. This one, though, was different than what her fans were accustomed to. A Little Good News is a sombre ballad summarizing the mood of the day:

“One more sad story’s one more than I can stand; Just once how I’d like to see the headline say; ‘Not much to print today, can’t find nothin’ bad to say’ […] We sure could use a little good news today.”

Nearly 40 years later, the lyrics strike a chord. Except, these days, the news coverage of those sad stories is non-stop. There’s a “fire hose” of information in the palm of our hands, day and night.

As we grapple with grim headlines about the pandemic, political upheaval, racial injustice, and climate change, we could all use a little good news.

In the meantime, many people — of all ages and backgrounds — news avoiders.” Some are limiting how much they consume. Others are shunning it altogether. They don’t watch, listen or read.

News avoidance is the subject of my research paper “No News is Not Good News,” soon to be published in the Athens Journal of Mass Media and Communications.

As a journalist for more than 30 years, I experienced massive changes to the news industry first hand.

Now, as a journalism professor, I have the opportunity to explore what’s behind the avoidance trend.

The weight of the world’s news can be too much. Even before the arrival of COVID-19, a 2019 survey of 12,000 American adults found 66 percent admitted they were “worn out” by the sheer amount of news available.

In 2020, 71 percent of American adults said they need to “take breaks from COVID-19 news” while 43 percent said the news “leaves them feeling worse emotionally.”

In 2021, a survey in Canada found more than two-thirds (69 percent) of 1,002 Canadians surveyed admitted to being “burned out when it comes to consuming news about the pandemic.”

The World Health Organization even addressed this in their mental health tips saying: “Try to reduce how much you watch, read or listen to news that makes you feel anxious or distressed.” And growing numbers of people are taking this to heart.

In 2020, the Reuters Institute for the Study of Journalism at Oxford University examined the “infodemically vulnerable” in Britain — people who chose to cut back on pandemic news. More than one-fifth said “they often or always actively try to avoid the news” with the majority citing the impact on their moods.

While mental health preservation appears to be the primary reason behind the increase in avoidance, trust is also cited.

Distrust in mainstream media isn’t new, but the skepticism surrounding journalism intensified during the pandemic as anti-vaccination advocates and conspiracy theorists questioned the validity and accuracy of COVID-19 facts shared by news organizations and governments.

In its 2021 annual worldwide Trust Barometer, Edelman (a communications firm) found trust in media, both traditional and social, at all-time lows.

One factor is a strong perception of bias among journalists. Of the 33,000 people surveyed 59 percent agreed with this: “Journalists and reporters are purposely trying to mislead people by saying things they know are false or gross exaggerations.”

Given these findings and opinions, it’s not surprising that fewer people are consuming news, at least in the traditional sense.

The question for journalism is whether news avoidance is a short-term, pandemic-related phenomenon or a steady trend attributed to distrust and a decline in the overall quality of journalism?

What can news organizations do?

It’s time for news organizations to do more to convince the public of their relevance and reliability.

Based on my experience as a journalist, I believe that many news organizations have fallen short by refusing to invest time and money to conduct audience research to confirm what consumers want, as opposed to assuming to know what they want based solely on what has worked in the past.

Greater transparency is another potential solution. Educating consumers on how journalists do their jobs and why certain stories and issues are covered over others is more important than ever.

One method — publishing or posting entire interviews or transcripts — would enable consumers to determine for themselves if the interviewee’s quotes are accurate or taken out of context.

Improved trust and increased relevance can also be attained when news organizations address the lack of diversity and alternative perspectives in newsrooms and strive for improved understanding of marginalized communities.

The world has changed dramatically in the past 20 years but, apart from technology, little has changed in how newsrooms are structured and how journalists inform the public.

So, if bad or irrelevant news has you considering avoidance, a suggestion: just as we’ve been taught that moderation is the key to so many habits, it’s the same for news.

You don’t need to stay glued to the TV or Twitter or Facebook hour after hour and you don’t need your phone to be the last thing you see each night.

Rather than shutting off the fire hose of news completely, reduce the flow to a steady, manageable trickle.

This article was originally published by The Conversation on November 16th, 2021 — and was republished with permission.

A great newsletter can brighten your day, help you learn, make the world easier to understand, or empower you to make a difference.
No items found.