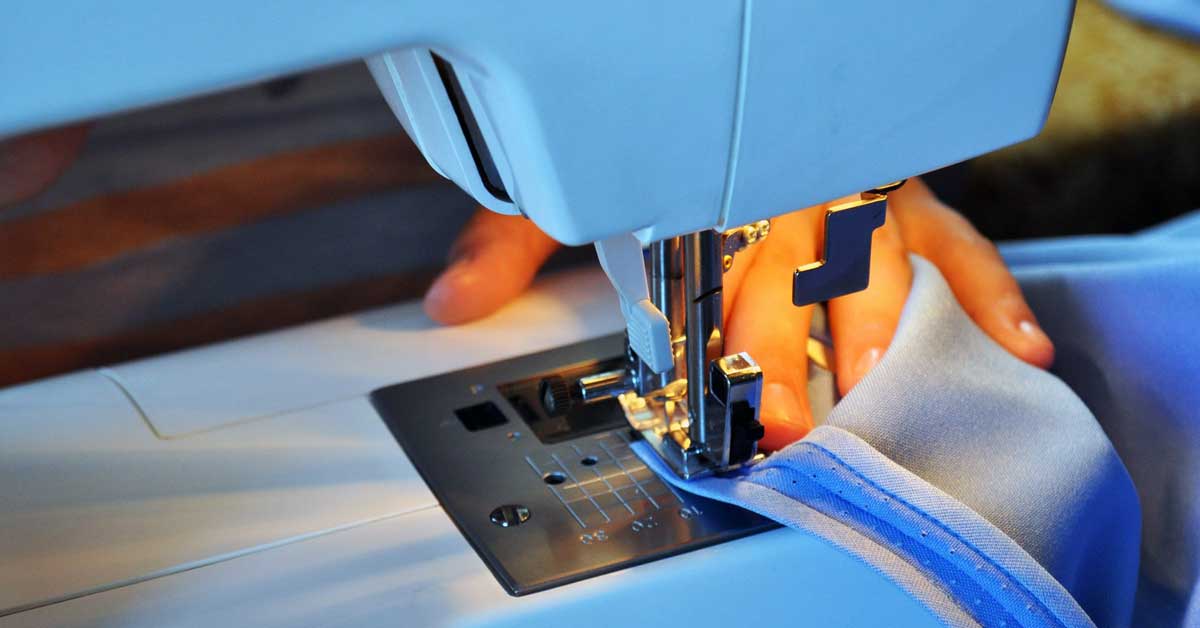 Donated sewing tools are giving newly arrived women from Afghanistan a sense of home in the U.S.

Since Kabul fell to the Taliban last summer after the United States’ withdrawal from Afghanistan, more than 76,000 Afghans have resettled in the U.S.

Like all refugees, they’ve faced the daunting task of restarting their lives in a new place where many don’t speak the language or understand the customs and culture.

Their needs range from immediate survival necessities like shelter to learning English — and much in between.

In the process, sometimes the small things that can make a big impact are overlooked.

Many of the Afghan women who now call Hartford, Connecticut, home, however, have an unexpected lifeline to normal life: a sewing machine.

For reasons that range from cultural identity to material and economic necessity, many Afghan women opt to make their own clothes, including the long tunics they prefer to wear as well as their families’ clothes. But when you’re forced to leave everything behind in a matter of hours or days to find safety in another country, sewing machines don’t make the cut.

So, in response to the expressed needs of Hartford’s Afghan women, a group of volunteers began collecting donated sewing machines, fabric, scissors, and other tools to give them a sense of home in the U.S.

“I’ve been involved with refugee resettlement as a volunteer for many years,” explains Adrian Brown who volunteers with New Haven-based Integrated Refugee & Immigrant Services.

“I started looking at where the holes were and one of the things that kept coming up repeatedly [from the women] was the request for sewing machines.”

Brown decided to post on a local Buy Nothing Facebook group and quickly got dozens of responses with people offering old sewing machines, thread, fabric and more.

Then the Hartford Courant picked up the story and requests really started pouring in. Brown soon enlisted Laura Kasowitz, owner of local sewing studio Hartford Stitch, to help ensure the items were in good working order.

After hearing about the need from Brown, Kasowitz also posted on her business’s Facebook page, and soon Hartford Stitch was receiving everything from sewing machines once owned by grandmothers to those purchased as pandemic hobbies that didn’t take.

Over the course of a couple of weeks in December, Brown, and Kasowitz ended up with 25 sewing machines that were in good enough working condition to make their way to the refugees they were looking to support.

“I knew there were sewing machines out there collecting dust and it was just a matter of collecting them,” Kasowitz says.

With the help of another volunteer who helps move furnishings into refugee homes, Brown soon had the machines distributed.

“There’s a need for so much right now, but it’s a simple way for women to get reconnected with something they would have spent time doing at home,” she explains.

“It seems like there’s a therapeutic piece to it too. I think it’s comforting for them to be able to take charge of something when they have so little control over anything.”

In one small way, sewing brings the familiar into an otherwise largely unfamiliar setting. But Najwa Mayer, a Mellon postdoctoral fellow in Women’s, Gender and Sexuality Studies at Dartmouth, says that conversations around projects like these have to be handled delicately in order to avoid contributing to a media-driven narrative that often reduces Muslim women to what they wear.

A refugee herself, Mayer is often surrounded by questions and assumptions about how Muslim women dress.

“There are all too common paternalistic discourses in the U.S. that project what Afghans, refugees, and women need or need to do — how they should dress, behave, believe — given that there is a decades-long history of U.S. media disproportionately reporting on Afghan women’s dress compared to other issues with gendered consequences like warfare and food insecurity,” Mayer says. “A central tenet of mutual aid and solidarity work is to listen to the needs that our fellow communities articulate.”

While refugee-driven projects like the sewing machine drive in Hartford are meaningful, they also highlight the problematic shortfalls of refugee resettlement in the United States.

“What initiatives like this reveal is how much refugee care and services in the U.S. fall into the hands of incredible community organizers and mutual aid rather than the state,” Mayer says.

By investing $8 trillion in warfare in countries like Afghanistan and Iraq, the U.S. has played a role in the displacement of at least 38 million people, like the 370 Afghan refugees who now live in Hartford.

“Yet, state resources to support refugees’ basic needs, along with other social services in the U.S., are extraordinarily underfunded,” Mayer adds.