Could 3D Printed Schools Be a Solution to Africa's Classroom Shortage? 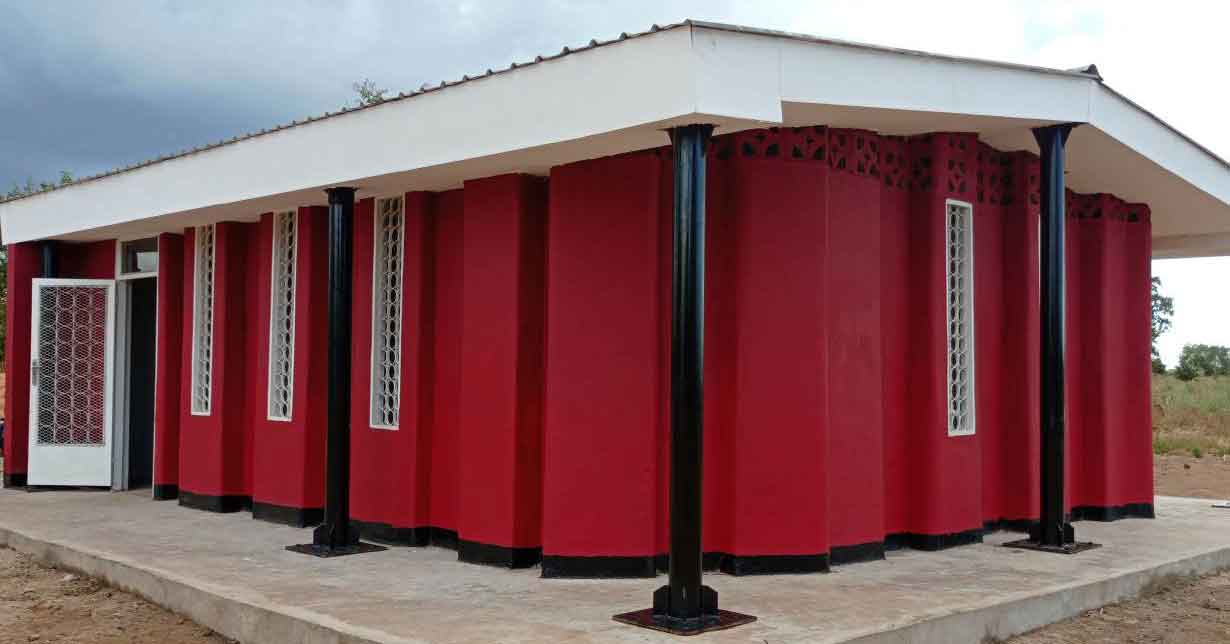 • Malawi has a shortfall of 36,000 primary school classrooms
• 3D printing is faster and greener than conventional construction
• Many schools in Africa suffer from overcrowding, dropouts

SALIMA, Malawi, July 12 (Thomson Reuters Foundation) - Gathered under the hot sun, dozens of women danced and sang in jubilation as children from the village of Salima, in central Malawi, started their first day at their new 3D-printed school, which had been built from the ground up in only 15 hours.

Made of concrete placed layer by layer through a computer-controlled nozzle, the school is made up of a single room with rounded corners and is big enough to accommodate 50 students.

Olipa Elisa said her 10-year-old son used to have to hike 5km (3 miles) every day to the nearest school, often arriving late and exhausted.

"I am very excited that we now have a school closer to my home, and my child will not have to take the long journey," said Elisa, 38. "What we need is more of these learning blocks to accommodate other classes."

Students inside their new 3D-printed school, built to house up to 50 pupils, in Salima, Malawi, June 18, 2021. Thomson Reuters Foundation/Charles Pensulo

Its success shows how 3D printing could be transformative in Africa, where there is a dire shortage of classroom space, he said.

The U.N. children's agency UNICEF estimates there is a shortfall of 36,000 primary school classrooms in Malawi alone, a gap that Perrot estimates could be closed in 10 years using 3D-printing technology.

"Based on our calculations, if we rely on conventional methods it would take about 70 years to clear that backlog," he told the Thomson Reuters Foundation in an email.

Large-scale 3D printing is gaining steam around the world, with some projects producing a home in just 24 hours of printing time for a few thousand dollars.

By the time 14Trees had built the Salima school - which the company says is the first 3D-printed school in Malawi - it had already printed the walls of a prototype house in the capital Lilongwe in just 12 hours, compared to almost four days using conventional methods.

As well as cutting the time it takes to build a structure, 3D printing also reduces the quantity of materials needed and the amount of carbon emissions produced by up to 70% compared to conventional methods, said Perrot.

As an example of the potential cost savings, he pointed to the "ink", a dry mixture of cement, sand, and additives that is mixed with water to form the concrete used to print the walls.

Perrot said that ink could be made in Malawi instead of being imported, as it was for the pilot school project.

"Manufacturing the ink on the ground will dramatically reduce the cost of the building for buyers and create local jobs in manufacturing," he said.

"We (also) now have an indigenous Malawian team fully trained to operate the printer."

Limbani Nsapato, country director for Edukans, an international development organization focused on education, said the shortage of classrooms around Africa is an urgent but overlooked issue.

Overcrowded classrooms lead to poor quality of education because teachers find it difficult to engage with every student in a class, he said.

To accommodate their large numbers of students, many schools move classes outside, but when the weather is bad, classes are often canceled, Nsapato explained.

"Pupils who live far from school have a double disadvantage because apart from getting (stuck) in congested traffic, they also have to face the challenge of covering long distances, which makes them late for class," he added.

"This makes them arrive at school tired, leading to poor concentration. Such students often drop out or repeat classes because of poor performance."

Another company trying to solve that problem is Studio Mortazavi, a global architectural firm that has designed a 3D-printed school in Fianarantsoa, a city in southern Madagascar, for the U.S. nonprofit Thinking Huts.

The school, which is due to be built next year, will be made of concrete and locally sourced construction materials and powered by solar energy, said Amir Mortazavi, founder of Studio Mortazavi.

The project will comprise several pods that can serve different functions, including as classrooms, science labs and dance studios.

Maggie Grout, founder and CEO of Thinking Huts, which is also working with 14Trees on the Madagascar school project, said 3D printing should make the project scalable while keeping down carbon emissions.

But first, the organization has to make sure it can get the printer to the remote rural areas where classrooms are most needed, so it is currently working on streamlining the printing process on a university campus in Madagascar, she said.

"Once we launch the first school and more people know about our vision, we hope to conceptualize a new printer that is specifically created to be more easily transported to the communities we work together with," Grout said in an email.

Catherine Sani, head of the Malawi Institute of Architects, worries that 3D printing may not be the cost-saving solution it is being touted as.

"Given our gross need for quick classrooms, this would indeed seem like a good option given the speed in production," she said.

"However, we also note (that) this method is quick on a single site, but for multiple sites more 3D-printing equipment would be required, thus making this system very high-cost compared to other methods."

As companies work on making 3D printing more portable and affordable, Tom Bowden, a trustee for Britain-based charity Building Malawi, said the technology holds promise in parts of the world where lack of funding can often stall or kill essential infrastructure projects.

His organization builds schools, libraries and sports facilities which are operated by Malawian organizations.

Using earth bag construction or bricks and mortar, it costs about $20,000 to build a double classroom, Bowden said.

"The costs are high, we really can't find cheaper solutions for the concrete floors, iron sheet roof and metal window frames (and) our build process takes about 10 weeks, depending on the specifications," he said.

Given all of those issues, "3D printing sounds interesting," he said.

Reporting by Charles Pensulo; Editing by Jumana Farouky and Zoe Tabary. This article was originally published by the Thomson Reuters Foundation, the charitable arm of Thomson Reuters, that covers the lives of people around the world who struggle to live freely or fairly. Visit http://news.trust.org

3D printing is faster and greener than conventional construction 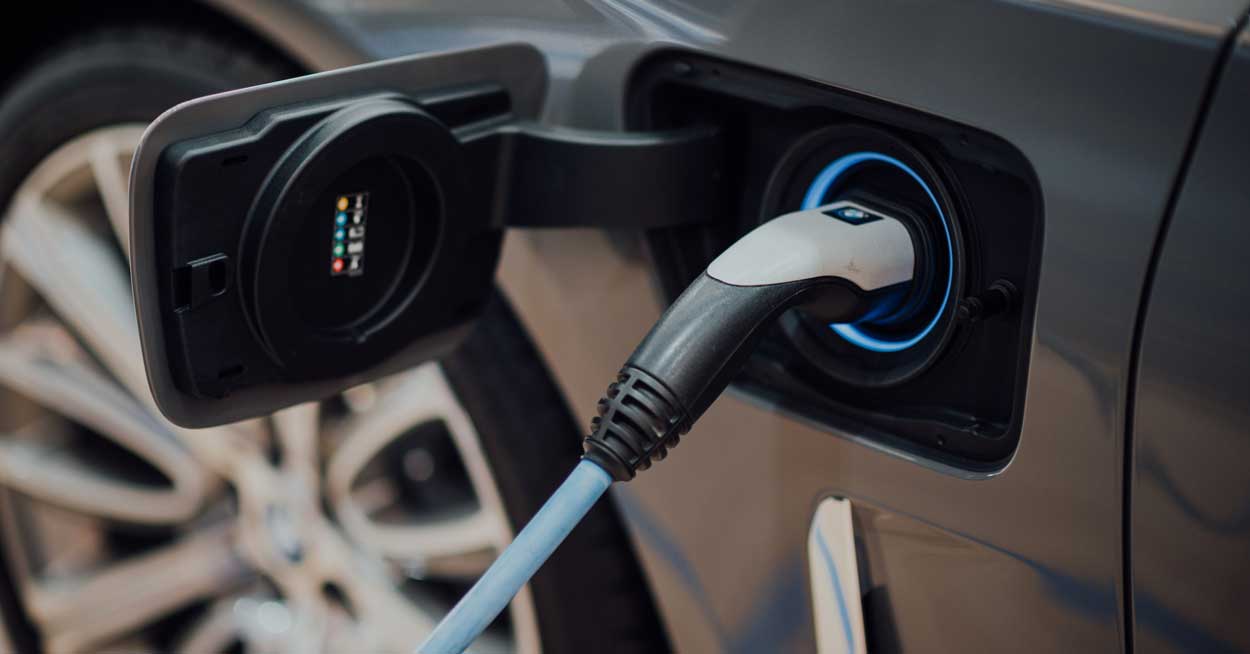 As catastrophic climate change tipping points loom, could positive shifts toward green action also be speeding up?
No items found.