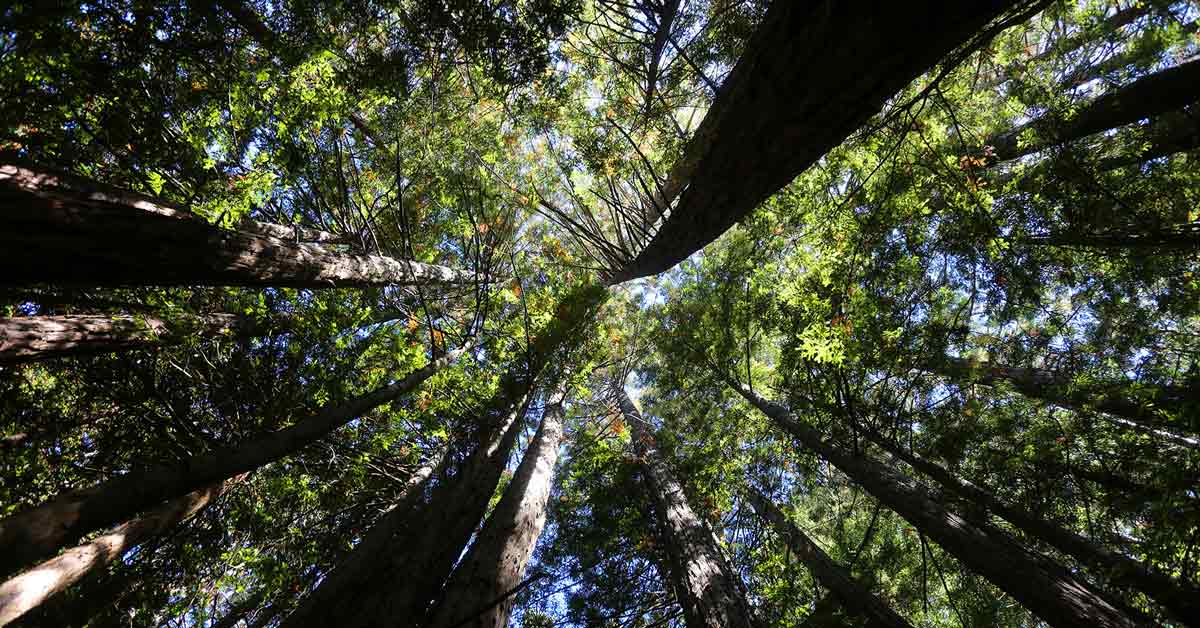 The tribal council is partnering with Save the Redwoods League, which donated the land, to protect and restore their traditional coastal forest.

Together they have developed a 30-year conservation plan to protect endangered species such as the northern spotted owl and marbled murrelet.

The conifer forest located in the north coast of the state in Mendocino County, is home to endangered old-growth redwood trees, the tallest trees in the world.

Large second-growth Douglas-firs, tanoaks, and Pacific madrones are also found in the area.

The forest has been named Tc’ih-Léh-Dûñ in the Sinkyone language as a testimony to the Sinkyone Indigenous peoples who inhabited the region before they were forcibly removed by European and American settlers.

The forest was formerly known as Andersonia West before it was designated as tribal protected area.

“Renaming the property Tc’ih-Léh-Dûñ lets people know that it’s a sacred place; it’s a place for our Native people,” said Crista Ray, a tribal citizen of the Scotts Valley Band of Pomo Indians and a board member of the Sinkyone Council.

Tc’ih-Léh-Dûñ means ‘fish run place’, a reference to the vast pacific coast and the creek that runs through the forest.

About 1.5 miles of the Anderson Creek, a high-quality fish habitat, passes through Tc’ih-Léh-Dûñ.

Coho salmon and steelhead trout are among the threatened species in the forest listed under the Endangered Species Act.

Only five percent of the original old-growth redwood forest remain from Southern Oregon to Central California.

Today totaling 110,000 acres, redwood forests were logged extensively during the 19th and 20th century to satisfy the demand for lumber and resources.

An offset that includes Indigenous guardianship

In December, Save the Redwoods League, a nonprofit organization committed to protecting and restoring California redwood trees, transferred ownership of the forest to the ten tribal nations.

They expressed confidence that the InterTribal Sinkyone Wilderness Council could permanently conserve and restore Tc’ih-Léh-Dûñ.

“The League believes that the best way to permanently protect and heal this land is through tribal engagement and stewardship,” said the organization in a statement.

In turn, the Council granted the League a conservation easement. Under the easement, there will be no commercial timber operations, fragmentation, development, or public access.

The land will be managed according to a Habitat Management Plan approved by the U.S Fish and Wildlife Services (FWS).

Save the Redwoods League told Mongabay that the easement requires the tribal council to remove invasive plants. It allows, but does not require, forest thinning and other restoration work.

Every few years, the League and the Council are also required to record the presence of northern spotted owls, murrelets and yellow-legged frogs. The owls and murrelets are listed under the Endangered Species Act.

“Logging ceased on the property 50 years ago, and there are many large second-growth trees that are already exhibiting late-seral characteristics, including complex crowns and furrowed bark, meaning they are on their way to becoming healthy old-growth trees,” explained Save the Redwoods League in a statement.

The purchase of Tc’ih-Léh-Dûñ, was funded by the Pacific Gas & Electric Company’s (PG&E) Compensatory Mitigation Program.

It was established through the Habitat Acquisition and Management Agreement with FWS to protect threatened and endangered species along with their habitats.

The tribal council, Save the Redwoods League and PG&E worked together to develop the management and stewardship plan for the forest that was then approved by the FWS prior to the donation of the land.

The agreement between the collaborating parties was developed to meet PG&E’s 30-year conservation goals for the northern spotted owl and marbled murrelet.

As such, Tc’ih-Léh-Dûñ will be included in the company’s mitigation portfolio.

According to Save the Redwoods League, this innovative funding strategy made the conservation project possible.

“It serves as a potential model for how conservation organizations can facilitate returning land to tribes,” the Leage told Mongabay.

According to the League, PG&E is mitigating potential habitat loss that may result from its operations and maintenance activities throughout the utility’s northern and central California service area.

“We appreciate the opportunity to partner with Save the Redwood League, the InterTribal Sinkyone Wilderness Council, and the U.S. Fish and Wildlife Service to bring such an important conservation project to fruition,” said Mariano Mandler, senior director of environmental management for PG&E.

“This is a great collaborative effort that demonstrates our environmental stewardship commitment to protect these valuable resources and the communities we serve.”

In a statement, Save the Redwoods League said that they will be working with the tribal council to apply “a blend of Indigenous place-based land guardianship principles, conservation science, climate adaptation, and fire resiliency concepts and approaches to help ensure lasting protection and long-term healing for Tc’ih-Léh-Dûñ and its diverse flora and fauna.”

“The Sinkyone Council’s goal for Tc’ih-Léh-Dûñ is to help expand the matrix of neighboring protected lands that are ecologically and culturally linked, so that tribes can achieve larger landscape-level and regional-level protections informed by cultural values and understandings of these places,” said Hawk Rosales, former executive director of the InterTribal Sinkyone Wilderness Council.

“In this way, Indigenous Peoples will support and participate in the healing of these lands and their communities.”

An overview of the project states that one of these Indigenous conservation principles includes controlled burning. The tall redwoods of Tc’ih-Léh-Dûñ traditionally thrive and regenerate with fire.

According to Rosales, about 25 years ago, researchers learned that the Sinkyone likely practiced rotational burning every five years in many coastal areas.

The Council is now hoping to re-establish traditional burning in Tc’ih-Léh-Dûñ.

The League says that the new initiative will provide a unique opportunity to contribute to the Convention of Biological Diversity’s (CBD) proposed target to protect 30% of lands and ocean by 2030 (30×30).

However, contrary to concerns that this target will lead to the expansion of protected areas that displace Indigenous peoples from their ancestral lands, the League and the Sinkyone council prioritize including tribal peoples in their conservation plans.

According to the tribal council, for the 30×30 initiative to succeed, federal implementers must uphold tribal sovereignty and ensure that tribes have a key leadership seat at the policymaking table.

This should include tribal rights to fish, hunt, gather and manage their lands.

“To meet the state and federal 30×30 goal of protecting 30% of lands and oceans by 2030, meaningful engagement with tribes in California is key,” the League said.

“In this process, we have an opportunity to restore balance in the ecosystem and in the communities connected to it, while also accelerating the pace and scale of conserving California’s iconic redwood forests.”

This is the second donation of land that the League has made to the Council, with the first being a 66-hectare (164-acre) land called the Four Corners, also located in California’s Mendocino County.

‍This article was originally published on Mongabay and was republished with permission.