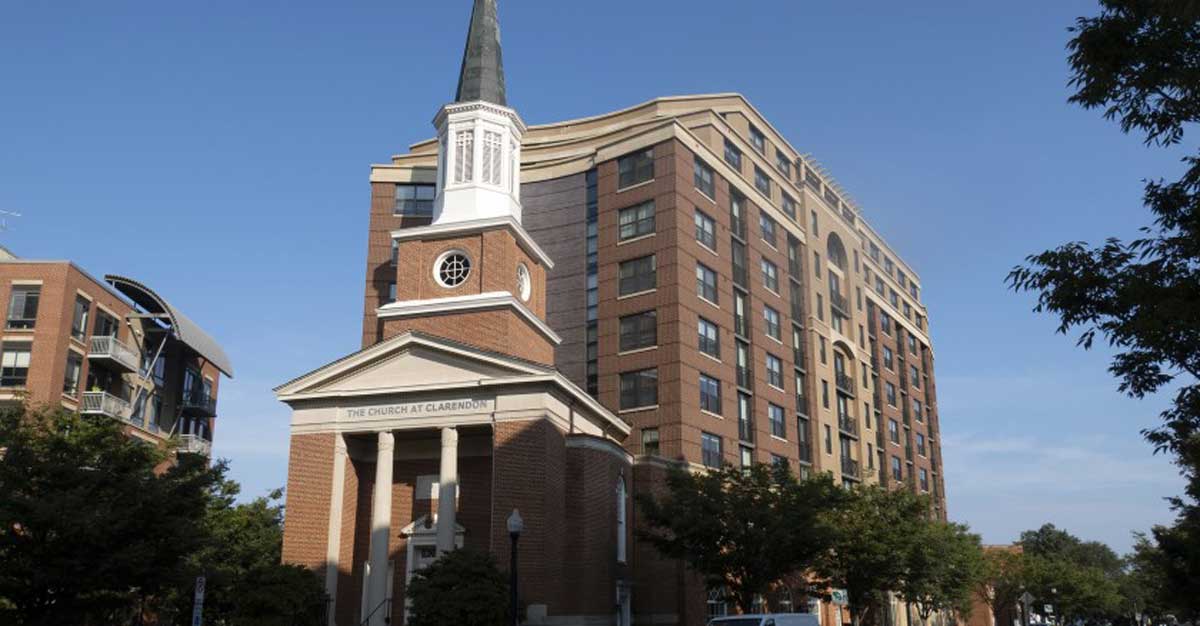 Houses of worship own billions worth of empty, deteriorating, or underused real estate.

Some local governments and denominations are overcoming obstacles to carve it into badly needed housing for their communities.

Many houses of worship own empty and underused buildings and land. Cities and counties need properties for affordable housing. Seems like a match made in, well, heaven.

But matchmaking between houses of worship and local governments is not quite so simple. Houses of worship can be frustrating, sometimes almost impossible, to work with. Members tend to be elderly and get stuck on what their church, synagogue, or other house of worship used to be, not on what it currently is.

Convoluted management structures are common in the religious world, meaning that a congregation, pastor, trustees, bishop, and sometimes even a regional body may need to be on board to approve a sale or redevelopment project.

Cemeteries requiring perpetual care may be part of the property, and deeds may include reversionary clauses, returning the property to original owners (even from the 19th century) if the property is used for anything but religious services.

Cities can be intransigent as well. Zoning may not allow uses other than houses of worship and, if it does, city councils may crater before the opposition of neighborhood NIMBYs. (NIMBY is an acronym for "Not In My Back Yard" and references community members who are oppositional about developments in their area, without raising similar objections to similar developments in other areas.)

Some municipalities sic their tax administrators on properties and begin charging property taxes the moment a parcel is vacant, even if the taxes will kill a future development. Others sic planning and preservation officials on a house of worship or its property to make it as difficult as possible for the large, open void known as a sanctuary to be carved into housing units.

Nevertheless, some municipalities have rolled up their sleeves and embarked on initiatives to smooth out the kinks and actively transform empty faith properties into affordable housing.

Other municipalities may fall short of organizing initiatives but are progressive and patient about working with the faith community on redeveloping or repurposing their real estate.

Some religions and denominations are preparing for the journey as well. The United Church of Christ, one of the smallest mainline Protestant congregations, has established a Building and Loan Fund that assists with planning, financing, and developing projects.

The Western North Carolina Conference of the United Methodist Church has set up Wesley Community Development, a nonprofit that does the same.

‍Bricks and Mortals emerged from Judson Memorial Church in New York City and, north of the border, the Trinity Centres Foundation arose from the United Church of Canada; both organizations have begun to work from coast to coast.

And, for the past 30 years, Partners for Sacred Places, headquartered in Philadelphia, has assisted houses of worship across the country suffering from “declining attendance, constrained resources, and the burdens of aging, under-maintained, and over-scaled places of worship.”

A philanthropic champion of church reuse is the Indianapolis-based Lilly Endowment. Lilly has made sizable grants to Partners for Sacred Places, Bricks and Mortals, and the Episcopal Dioceses of Indianapolis and Northern Indiana, which currently are looking at the potential of their church properties throughout the Hoosier State.

But most church-affiliated foundations, particularly local ones, find themselves stuck supporting the same old repair projects — fixing a roof, replacing an HVAC system, repairing a steeple — often throwing good money after bad to maintain a house of worship whose membership and attendance have been declining for years.

The scale of the issue is large.

By itself, the United Methodist Church, with the largest number of mainline Protestant congregations in the U.S., is estimated to own upwards of $50 billion in real estate. The UMC estimated that 25 percent of its $1.2 billion in church properties in one state are on life support — small congregations, deteriorated buildings, bills going unpaid — and an additional 40 percent are in serious condition.

Orange Township, N.J., with a population of just 30,000, has 18 churches in its small downtown area, most of them struggling for survival on valuable property a 35-minute train ride from Midtown Manhattan.

Unfortunately, most municipalities and denominations treat church redevelopment — whether for affordable housing or other civic uses such as community and arts centers or even office and retail space — not strategically but like a whack-a-mole game, touching one house of worship at a time with no real advocate in either the bishop’s office or the mayor’s office.

But that’s in one of the hottest real estate markets in the country. What about struggling houses of worship in colder markets like Adams County, Colo.; Jefferson City, Mo.; or Madison, Ind.?

And vacant land is vacant land, just as suitable for luxury housing as it is for providing homes for lower-income families, and therein lies temptation: Cash-strapped cities may hunger for property-tax revenues and distressed denominations may thirst for operating money, making it all too convenient to disregard affordable-housing advocates’ arguments that promoting luxury projects on religious land is both a missed opportunity for a municipality and a horrible mismatch for a house of worship and its mission.

Some guidance and coordination — and perhaps even fiscal incentives — from higher levels of government could help localities as they struggle to navigate this emerging real-estate and social services landscape. But state governments and the U.S. Department of Housing and Urban Development’s Office of Faith-Based and Neighborhood Partnerships have so far been uninvolved.

Isn’t it time for a broader and deeper effort to make matches between empty and underused houses of worship and the affordable housing our communities need?

This story is part of the SoJo Exchange from the Solutions Journalism Network, a nonprofit organization dedicated to rigorous reporting about responses to social problems. It was originally published by Governing on September 9th, 2021, and was republished by Good Good Good with permission

The scale of the issue is large. 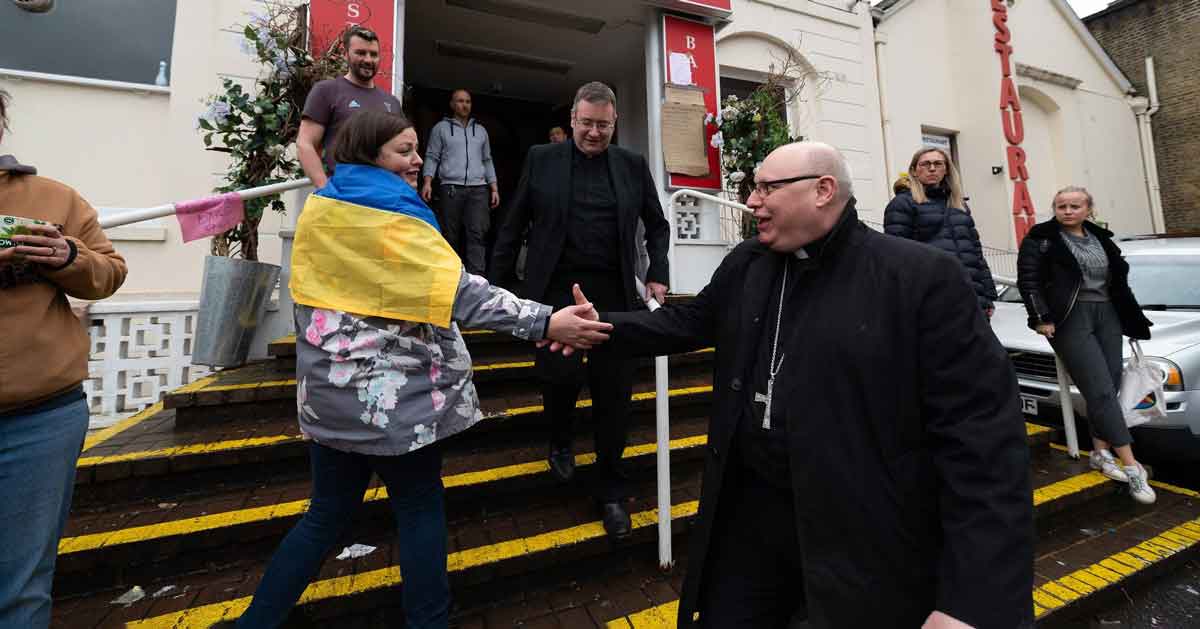 Through Online Platforms, Thousands Open Their Homes to Ukraine’s Refugees

Airbnb-style home sharing is changing what it means to be displaced. 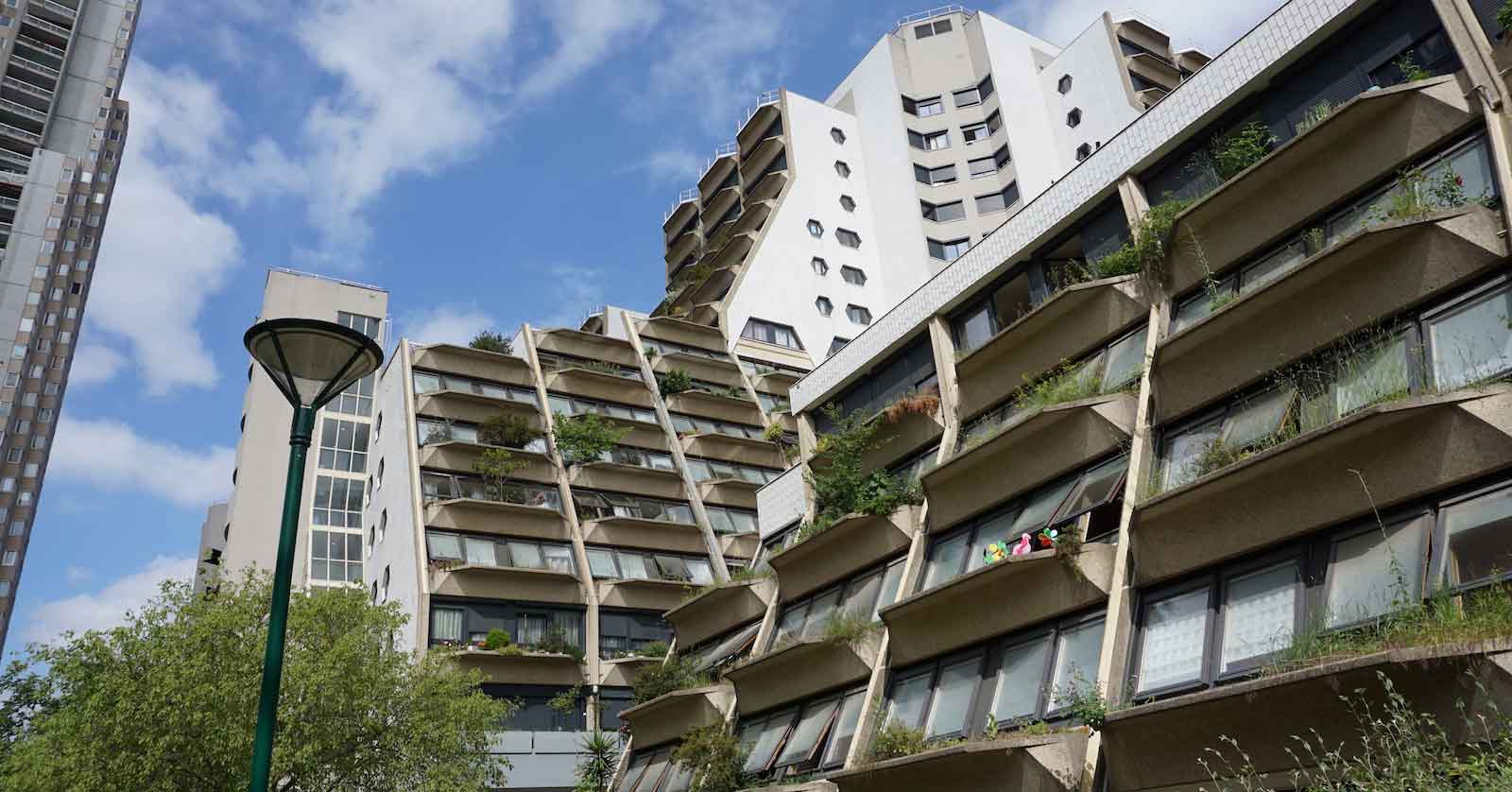