Loving Thy Neighbors — One Paid Medical Debt at a Time 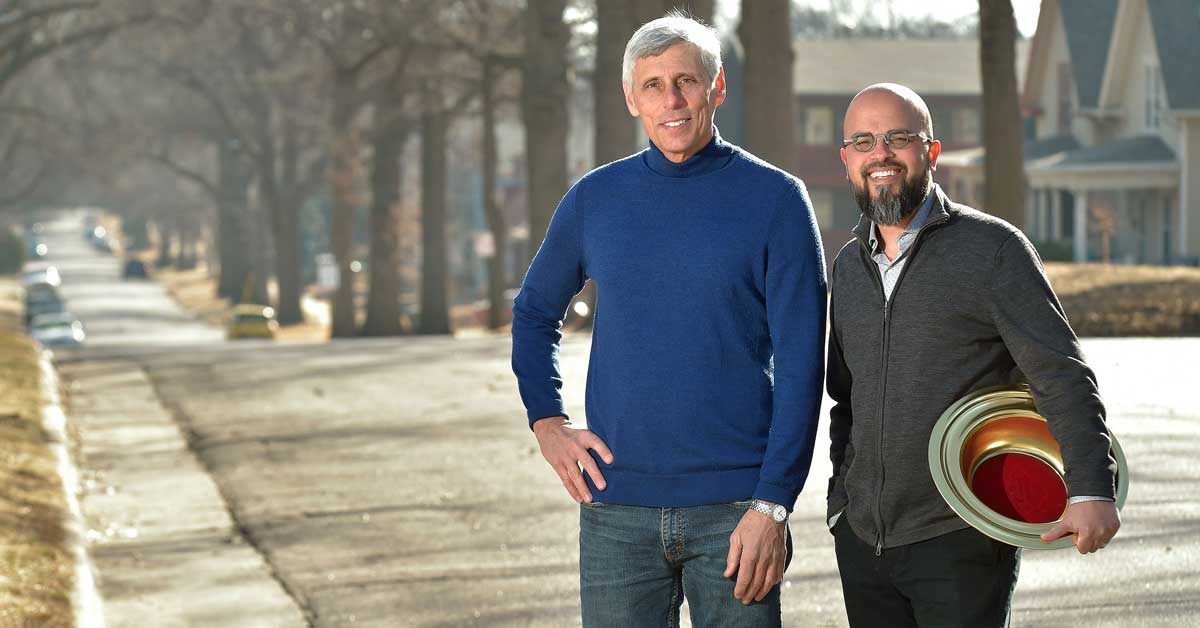 The head man at First-Plymouth Congregational Church is wearing sneakers and jeans for the 11:59 service – a laid-back and come-as-you-are worship.

A breeze blows through the open doors into the high-ceilinged sanctuary of the grand old church, surrounded by stately two-story homes, humble bungalows, and boxy slip-in apartments in one of Lincoln’s most economically diverse neighborhoods.

In the next 35 minutes, senior pastor Jim Keck will quote his mother, baptize a 3-year-old, extoll moral courage, share a short version of the long history of the church, recite the Beatitudes, and segue from the Lord’s Prayer to the church’s newest initiative.

“That moment where we say, ‘Forgive us our debts?’ You see here, in these months, we’re trying to help pay the medical debt in central Lincoln.”

If you have five dollars in your pocket, he says. Ten. Anything you put in the plate, every penny, helps settle the health care debts of our neighbors.

“I hope you have courage this week,” the pastor says. “I hope you hold on to what is good.”

As the congregation files out into the sunny first day of spring, a volunteer waits, shielding the collection plate from the wind to keep its growing pile of cash from flying out the door.

Even though that’s exactly where it’s destined to land.

It started with Juan Carlos Huertas.

Keck had been surfing sermons on Facebook in Spring 2020. Huertas drew him in. Here’s a man passionate about justice and community and the love of Jesus.

Here’s the guy who could help our church write its post-pandemic chapter, Keck thought.

He invited the Methodist minister from Puerto Rico to preach in Lincoln, eventually luring him away from Louisiana, where he’d served for 16 years.

“We brought him in to be a preacher and an innovator in social justice work,” Keck said.

He and his family moved into a house four blocks from First-Plymouth last summer.

He launched justNeighbors, a way to walk side-by-side with the people of the neighborhood and show their love. They’ve hung out at the corner laundromat offering coffee and snacks, quarters for the washers and dryers, help folding and carting laundry. They’ve carpooled to volunteer at a medical clinic that helps sick Lincolnites with no health insurance. They hope to figure out a way to fill gas tanks.

But first, the two pastors kicked around bigger ideas. The pandemic had shone a light on healthcare and inequity. They knew churches around the country had bought up vast amounts of medical debt.

“But we didn’t want to do that in America at large,” Keck said. “We wanted to help our own neighbors in central Lincoln.”

For the next few months, Huertas dug in. He read as much as he could about medical debt, made cold calls and sent emails, learned all he could about this thorny American issue.

“I lost track of how many people I sat down with,” Huertas said.

The more he learned, the more he realized: “This is an issue with our neighbors.”

It’s easy for people to fall behind on medical bills, he said. To miss payments and end up in collections. Your kid gets sick. You get sick.

“You owe the hospital and the pathologist and the respiratory therapist; people don’t understand the billing process.”

Huertas learned as he went.

He learned there are programs that already address medical debt here. The Lancaster County Medical Society offers deeply discounted rates to patients overwhelmed by medical bills with the help of grants from the Community Health Endowment. Lincoln’s hospitals give millions in charity care; $42 million at Bryan Health alone in 2021.

He learned some patients come to Lincoln’s volunteer-run Clinic with a Heart for care, because they owe debt they can’t pay at their own doctor’s offices.

During his months of research, Huertas tracked down the three debt collection agencies responsible for collecting most of the medical debt near the church.

Only one called back.

They worked out a deal. The debt collector would be a silent partner, providing the church with a small discount on the balance and a list of central Lincoln neighbors with debt. No names. No addresses.

The church had its own rules. The recipients needed to be current on payments, showing good faith on paying down their debt.

Rule 2: The church would give without expectation. No strings attached. No acknowledgement needed.

The project launched in late February, cobbled together with cash from collection plates and seed money from members who knew the roll-out was coming.

A retiree living on Social Security who owed $300.

A single parent without child support who needed $800 to get out of debt.

Who could they help?

That night they retired the debt of 11 neighbors.

Stephanie Dinger is a member of the committee. She remembers how good that felt.

“You can never get ahead if you have medical bills. To me that is God, to give a hand to someone.”

A form letter from the collection agency went out to each recipient. It included a phone number and an email for First-Plymouth’s justNeighbors project.

A few days later, the phone rang at First-Plymouth. On the other end was a woman who’d been chipping away at a $3,000 debt for years.

After her letter arrived, she’d called the collection agency, sure they’d made a mistake.

Keck recounts what she said next: “I don’t even have words to let you know what it feels like. The only thing I can feel is thank you, Jesus.”

Paul Rea has been a bankruptcy attorney in Lincoln for nearly 30 years, long enough to know why his fellow Nebraskans go bankrupt.

“When you look at the typical bankruptcy, the vast majority will have some medical debt, and there’s a significant minority of cases where people have overwhelming medical debt.”

Patton’s employer is a New York-based nonprofit that buys debt at pennies on the dollar and has paid off nearly $7 billion in medical debt across America since 2014.

One in five American households report medical debt, Patton said. A quarter of credit card debt can be traced to medical bills. Medical debt accounts for a staggering $88 billion on credit reports.

“It’s a huge problem,” he said. “It can happen to anyone who has a human body and lives in our country.”

Medical debt is an immense source of stress for those already struggling, said Lori Seibel, president of the Community Health Endowment.

“People are less likely to get care,” she said. “They might just live with a problem or go to the ER because they know they’ll be seen there, which leads to more expensive care.”

Seibel met with Huertas last fall to provide him insight into the demographics around First-Plymouth, and the church’s power as a neighborhood anchor.

But she was skeptical, too, of the church’s grand plan.

“My first thought was, ‘It’s such a huge problem and what can one entity do?’” Seibel said.

Then she thought about being at the ribbon-cutting for a new Head Start the endowment had helped fund, and turning to her board president: Sure, this will help 50 kids; there are 800 on the waiting list.

Her board president replied: But Lori, it’s 50 kids.

“Will they be able to solve every person’s medical debt?  No. But for those people they do, it’s life-changing.”

No money blew out the doors of First-Plymouth on the first day of spring.

When church leaders emptied the collection plates from that morning’s service, they counted everything from pennies to $100 bills.

They added that to the cash from the collection plates the first two weekends of March, and all of the mailed-in checks and donations to its online medical debt portal. They arrived at a total: $45,000.

The committee met for a second time on March 22. They looked at a new list.

A renter working and living alone paying down $1,000 debt.

A letter would soon be on its way to 35 households whose medical debt has been erased.

“There’s an energy around this thing,” Keck said. “There’s something about this initiative that has gained a kind of traction I haven’t seen before.”

Collection plate offerings have doubled in the last month.

Trustees are willing to see money that might have otherwise gone into church coffers be collected for this other purpose. Church members have embraced the idea. A debt collector has willingly partnered with First-Plymouth.

The church is just beginning.

The campaign will continue until Easter Sunday 2023. Who knows? Maybe they can erase the debt in central Lincoln over the next year. Maybe they can expand their reach to new neighborhoods, and help new people being crushed by the weight of medical debt, Huertas said.

“That would be amazing.”

This story is part of the SoJo Exchange from the Solutions Journalism Network, a nonprofit organization dedicated to rigorous reporting about responses to social problems. It was originally published by Flatwater Free Press. 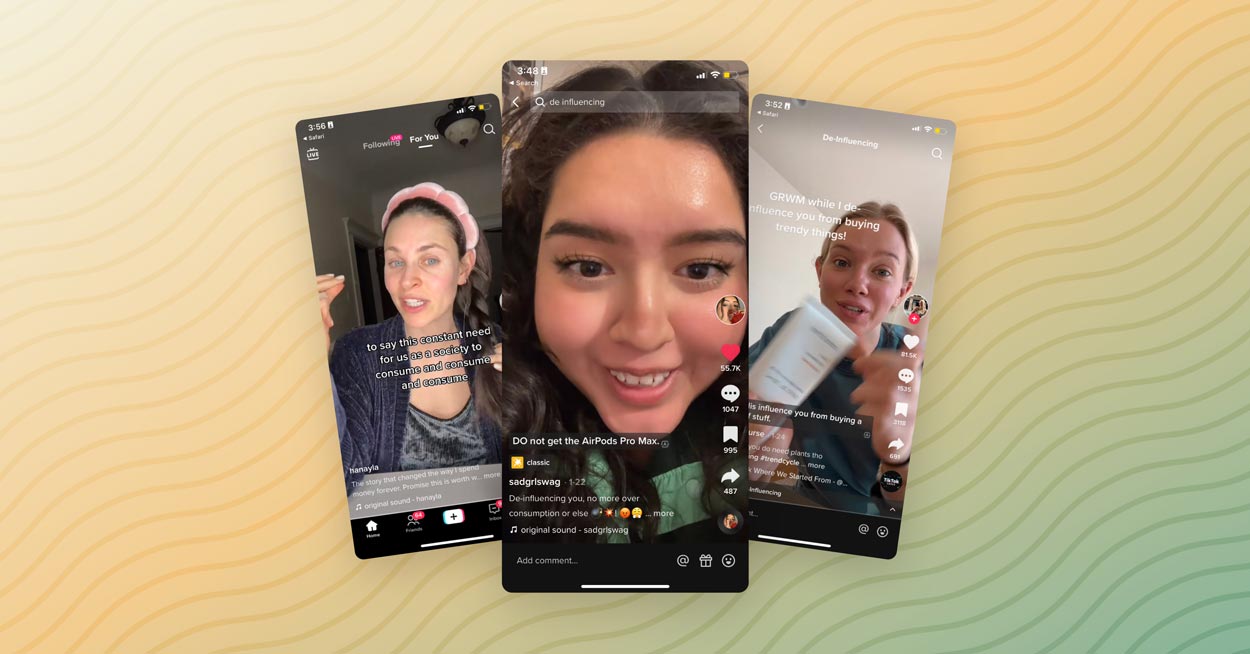 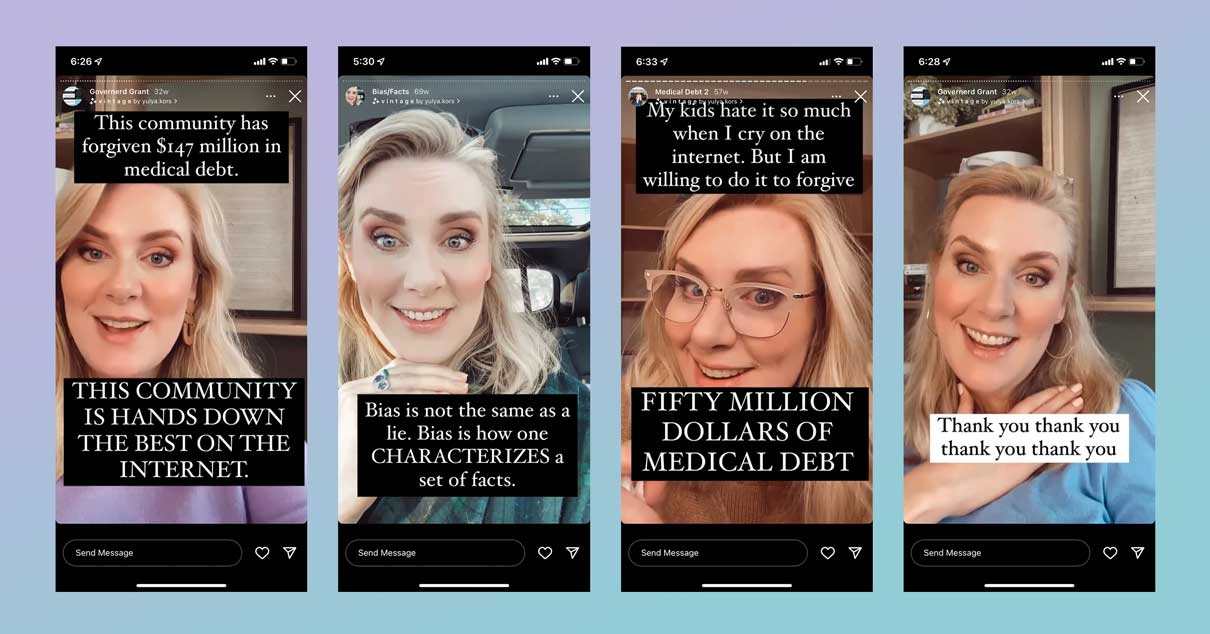 Sharon McMahon — known as America's government teacher — leads a digital community called 'Governerds.' Together, they have raised millions to help others... 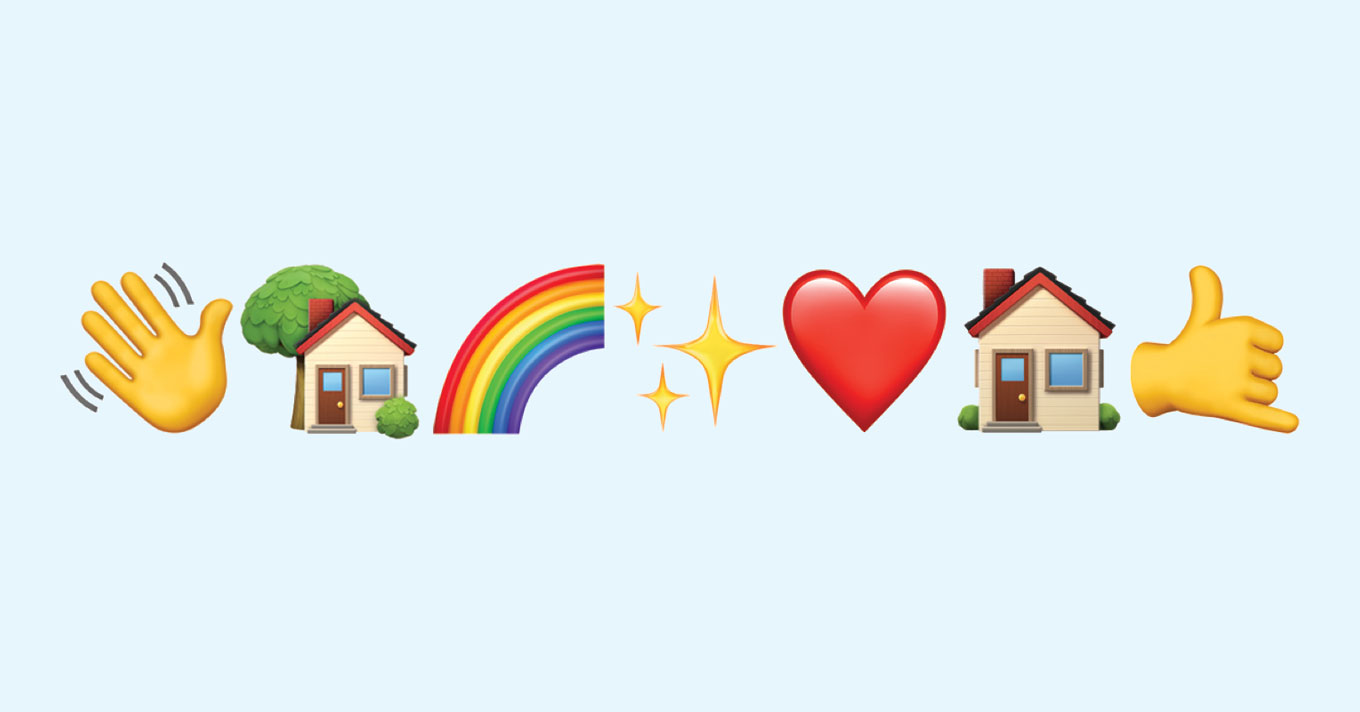 How To Be a Good Neighbor: 5 Simple Ideas

Being a good neighbor is exactly what Mister Rogers would want us to do. Here’s how you can start making it a beautiful day in your neighborhood...