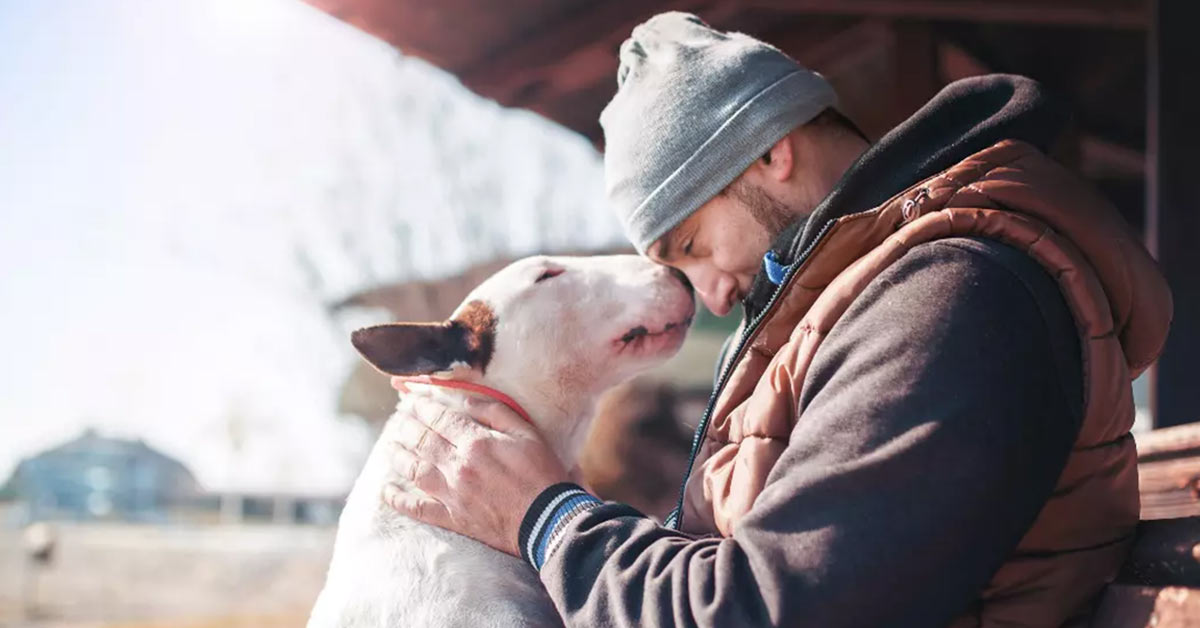 Humorist Josh Billings once said, "a dog is the only thing on Earth that loves you more than he loves himself." Never is that sentiment more obvious than during a life or death emergency.

Time after time, dogs display loyalty, bravery, and intelligence in the face of imminent danger to protect their family members.

The relationship between dogs and humans goes back millennia. After centuries upon centuries of selective breeding, dogs are now the most abundant terrestrial carnivores on the planet and come in all manners of shapes, sizes, and colors.

Hollywood is chock full of movies about our best friend; hundreds of movies and TV shows feature them, from 2017's "A Dog's Purpose," starring Josh Gad, to Wes Anderson's stop-motion masterwork "Isle of Dogs." Both stories, along with countless others, detail the bond between a dog and their human companion, a bond that transcends distance and time.

These bonds aren't exaggerated by the movies. As you'll learn, the relationship between you and your dog can save your life.

Whether they're elderly, blind, scared or hurt, dogs have repeatedly taken split-second action to rescue people — most times, the very person who rescued them.

From car accidents and house fires to near-drownings and overseas combat, countless humans owe their lives to the bravery and determination of their dogs, a neighbor's dog, or even a four-legged stranger. Stacker compiled 10 heartwarming examples of why dogs truly are humanity's best friend. The photos of dogs adjoining the following stories are not always the actual dogs being discussed but represent similar breeds.

A dog named Peanut, who endured appalling abuse before being adopted into a loving home, in 2017 went from rescued to rescuer. That year, People magazine reported that Peanut's frantic barking alerted her owners to trouble outside their Michigan home. Following her out in the cold, they found a hypothermic 3-year-old girl near death: She had wandered away from an abusive home of her own. When first responders arrived at the house, the traumatized girl reportedly mouthed the word "doggie."

In the same winter of 2017, a man slipped in the snow in the frigid Michigan wilderness and broke his neck. As he lay paralyzed, he believed he was fated to freeze to death. His golden retriever, Kelsey, however, was determined to save him. The Telegraph reported that Kelsey lay on top of her owner to keep him warm for a full 19 hours, barking incessantly until help arrived, long after her owner lost consciousness.

In the spring of 2018, a local Fox affiliate in Candor, New York, reported that a Yorkshire terrier named Jazzy made the leap from rescue dog to rescuer. When Jazzy's diabetic owner fell unconscious, she tried to wake him by nudging his chin and barking frantically. This alerted the man’s mother, who was able to wake him before he went into diabetic shock. Thanks to Jazzy, her owner survived.

An 87-year-old man in Boynton Beach, Florida, probably owes his life to his dog, Buddy. A local news station there reported that when the elderly man fell and couldn't get up, the 12-year-old Buddy—no spring chicken himself—sprang into action. The dog sensed the danger, broke through a screen door, ran to a neighbor's house, alerted them to the danger, and led them over to the injured man, who was then saved.

Some dogs call for help by barking, but not Major. When his owner, a combat veteran who suffers from PTSD after being wounded in action, was overwhelmed with a seizure, the labrador/pitbull mix called 911 by stepping on his owner's iPhone. Thinking it was a prank or accidental call, dispatchers repeatedly hung up, which forced the service dog to call emergency services not once, but 10 times, as reported by the Huffington Post in 2014.

A golden retriever named Todd returned from a hiking trip in 2018 in Arizona with a severely swollen snout. That's because he took a full-force rattlesnake bite to the face when he jumped between the dangerous snake and his owner, who was unaware she was about to step on one of the deadliest animals on Earth.

In 2017, a king shepherd from British Columbia named Sako was inducted into the Purina Animal Hall of Fame for an amazing act of heroism. Having survived a car accident that killed all passengers apart from Sako and his teenage owner, the dog took care of his badly wounded master for 40 hours until rescuers found them. Throughout the ordeal, Sako kept his master warm, led him to water, and fought off coyotes.

A Belgian malinois Army dog named Layka lost a leg in 2012 after being shot four times with an AK-47 while clearing a Taliban compound in Afghanistan. The soldiers she served credited her actions with saving their lives. On their return home to America, one of them, Staff Sgt. Julian McDonald, adopted the three-legged dog of war.

Senior Airman David Sharpe was living with undiagnosed post-traumatic stress disorder and depression when he adopted a pit bull puppy from an animal shelter and named her Cheyenne. Months later, Sharpe was on the verge of suicide, sitting on the kitchen floor of his home with a handgun. Cheyenne came up alongside Sharpe, sat down, and licked his ear, making Sharpe laugh. The veteran later said that the puppy in that moment gave him a new reason for living, and that in saving Cheyenne, she’d saved him, too.

During her six-year career,  retired Marine Corps military working dog Luca led around 400 patrols in search of improvised explosive devices (IEDs) and positively identified almost 40—saving innumerable lives. During her final act of service, Lucca was struct by one of those explosives, ultimately losing her leg but avoiding permanent hearing or vision loss. In 2016, she became the first U.S. military working dog to receive the Dickin Medal, which recognizes bravery or devotion to duty by service animals in the armed forces or civil defense.

This story was originally published by Stacker and republished pursuant to a CC BY-NC 4.0 License. 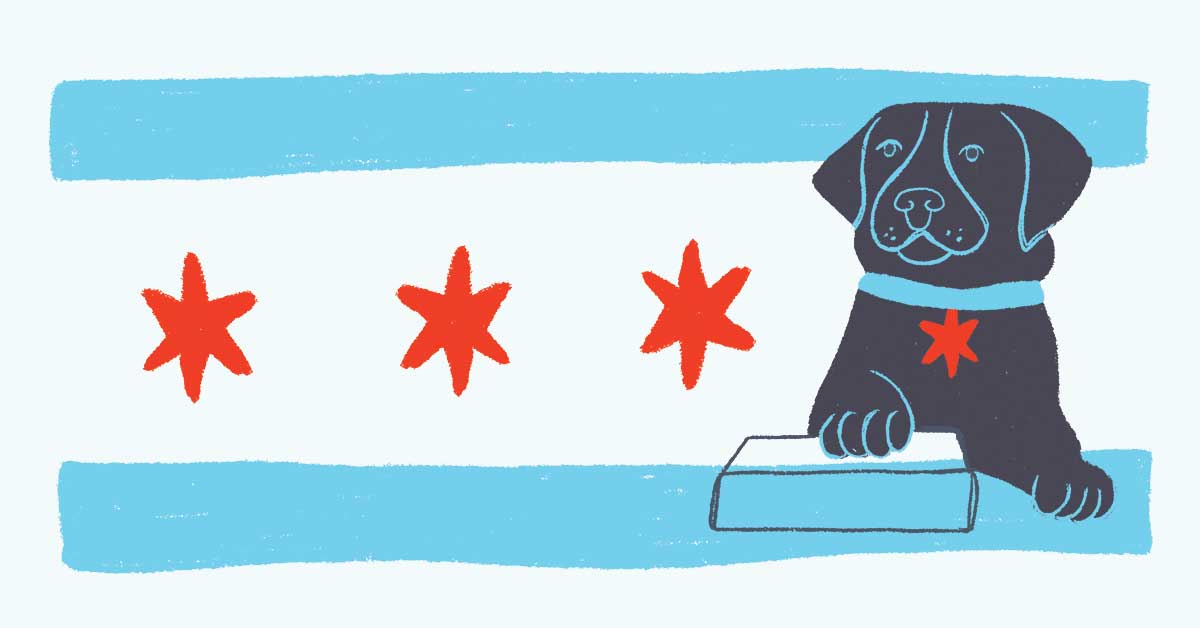 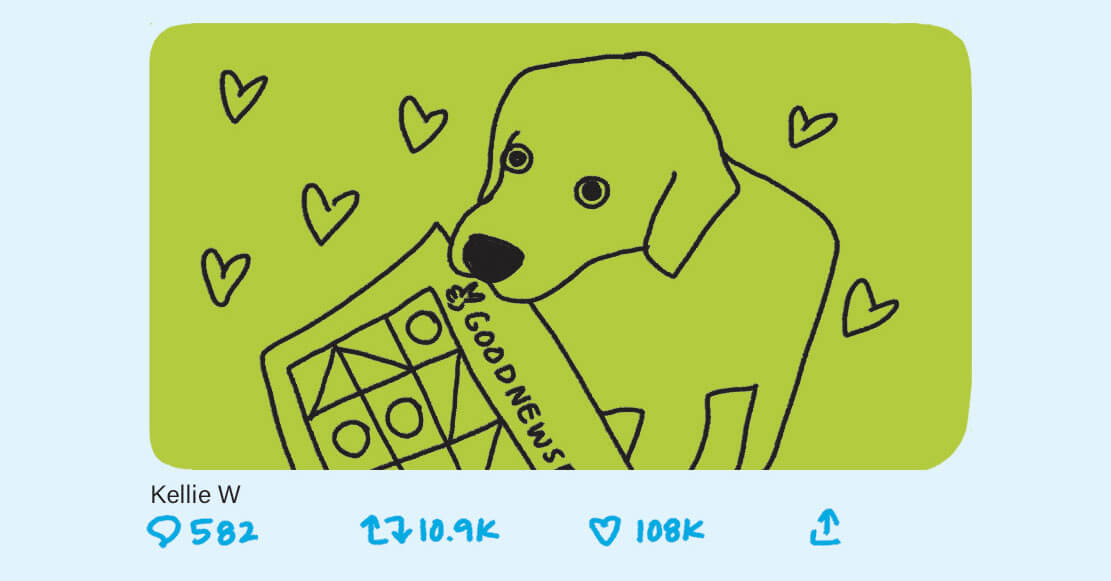