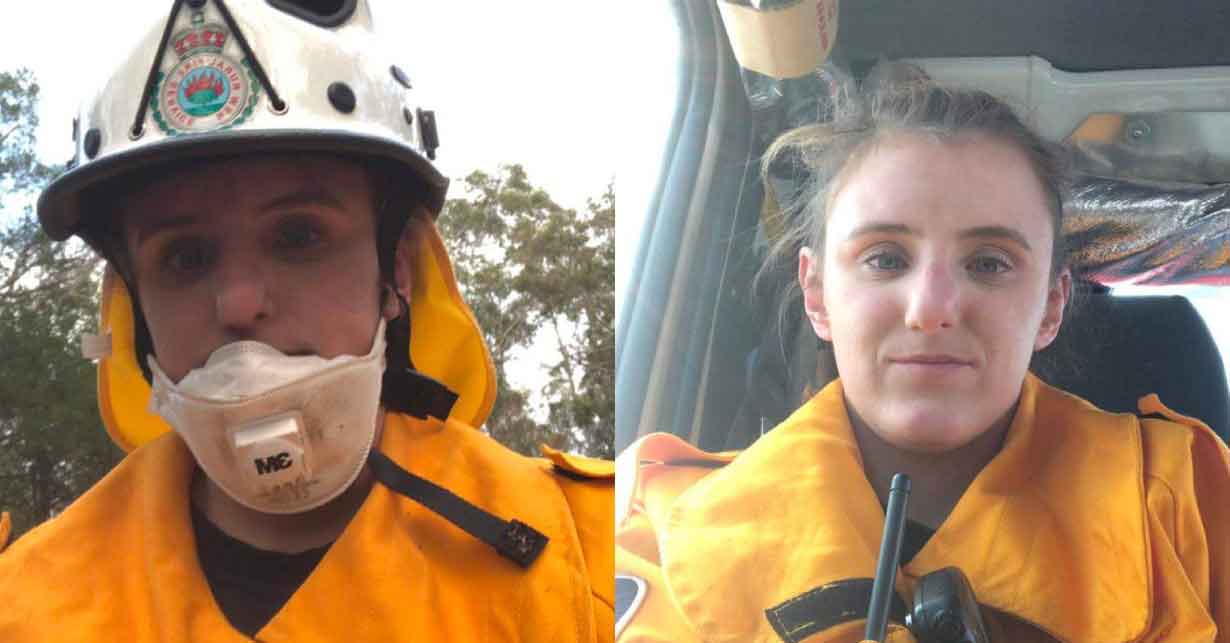 For generations, women in Katherine Robinson-Williams’ family have fought fires. But climate change has her fearing for her daughter’s future.

“Firefighters come from a range of backgrounds. They aren’t always men,” said the 25-year-old from the Hunter Valley in the Australian state of New South Wales.

Her mother, grandma and sister in law all fight fires, and she expects her baby daughter will become a firefighter, too.

Robinson-Williams is what Australians affectionately call a "firie", one of nearly 200,000 volunteers - about 1% of the population - called on to tame blazes alongside full-time firefighters.

Longer and more lethal wildfire seasons that experts say are prompted by climate change has led to a shortage of volunteers in recent years.

With mega fires burning from Greece to Siberia, she believes plenty more countries will have to rely on volunteers like her.

“There is never, ever going to be enough. And sooner or later, everyone else is going to actually have to step up.”

Australia's most populous state closed out its quietest fire season in a decade in early 2021, thanks to a cool, wet summer that offered a reprieve from the uncontrolled blazes that torched large swathes of the country in 2019 and 2020.

Robinson-Williams takes scant solace from one cool, wet year as she recalls the horrors of the previous two seasons.

“I have an iron stomach, but some of the things I saw broke me,” she said.

The 2019 season saw Australia's worst wildfires in decades - and Robinson-Williams was fourteen weeks pregnant as she joined crews on the ground battling blazes and evacuating towns.

“We were finding deceased animals that were caught in the blaze. We saw remnants of houses, remnants of sheds, cattle with no water troughs because they literally just disintegrated with the heat.”

Although family and friends worried how the smoke and heat would affect her pregnancy, Robinson-Williams wore protective gear and had her doctor's approval.

“Most people have this mentality in their heads that women can't do things because they’re pregnant, and that’s not the case. I knew what my body could take,” she said.

“Until there are studies that come out in regards to firefighters and reproductive health, there is no way to know what’s safe and what’s not.”

The wildfires, known as the Black Summer, tore through the southeast, burning more than 10 million hectares, destroying thousands of homes and killing 34 people along with billions of animals.

Thick smoke enveloped several cities and air quality in the capital, Canberra, was the worst in the world at one point.

For some firefighters, the harrowing nature of the job takes a toll on their mental health.

While battling a blaze last year, Robinson-Williams and her crew were almost crushed by a falling tree. Her quick thinking saved her, but once the adrenaline wore off, she found herself struggling to process what had happened.

“It’s not spoken of in firefighting, but there is a psychological impact,” she said.

“We’re going to get pushed to the absolute brink, and we’re just going to collapse. And that time has started to come.”

As climate scientists issue warnings about more dangerous wildfires to come, Robinson-Williams fears for her baby daughter, and how the next generation of firefighters will cope.

“I’m scared. Where is going to be safe for her?”

Reporting by Seb Starcevic, Editing by Tom Finn and Lyndsay Griffiths. This story was republished through our partnership with the Thomson Reuters Foundation, the charitable arm of Thomson Reuters, that covers the lives of people around the world who struggle to live freely or fairly.

It’s not spoken of in firefighting, but there is a psychological impact.