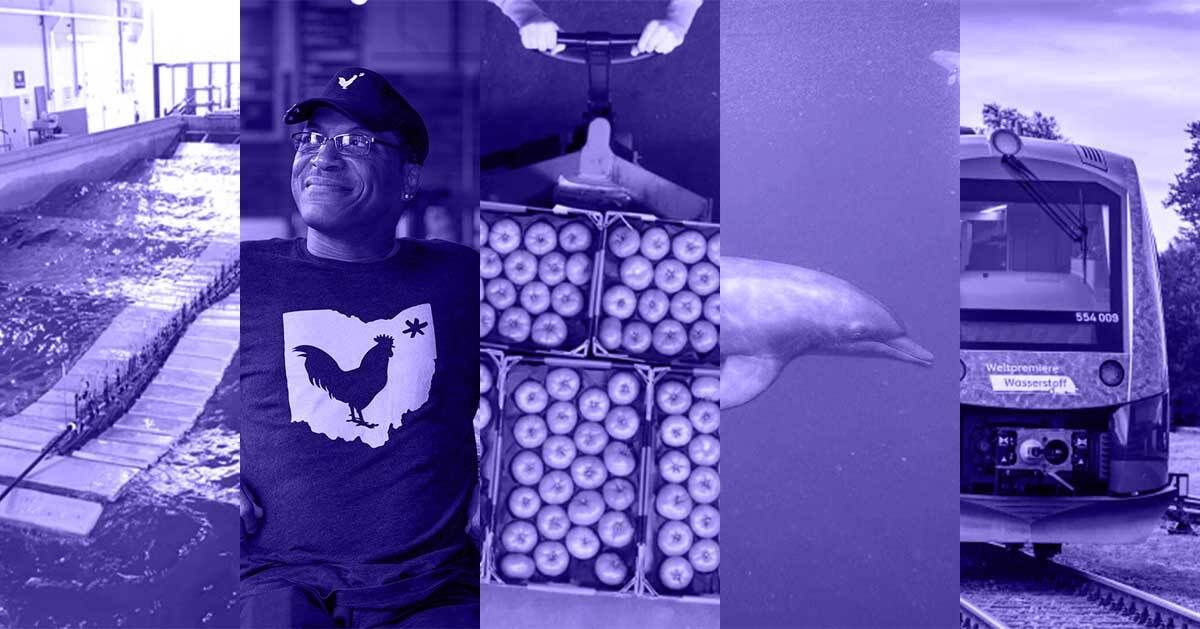 While wind and solar clean energy technologies have rapidly grown in recent years, researchers have long been working on ways to harness the energy of tides and waves. Sea Wave Energy Ltd has been working for a decade on wave-riding generators that could provide massive amounts of clean energy — at an extremely low cost.

The technology has yet to be perfected, but early research is promising, and experts say if successful it could be a “clean energy revolution.”

Support for labor unions in the U.S. is at a 57-year high

According to a new poll from Gallup, support among Americans for unions is the highest since 1965. Up from 68 percent last year, 71 percent of Americans say they approve of labor unions.

The support comes as large corporations like Amazon and Starbucks have seen their workers organize and successfully form unions. As reported in the new Money Edition of the Goodnewspaper, unions help represent workers’ voices in organizational policies, health and safety conditions, benefits, and more.

In the U.S., the unemployment rate among formerly incarcerated people is nearly five times higher than the general population, and college applicants with a former felony conviction are almost two and a half times more likely to be denied admission. Without equal access to employment or education, they can get stuck in a cycle of poverty and recidivism.

Looking to help reverse this trend, Hot Chicken Takeover specifically hires people that may otherwise have trouble finding employment because of prior incarceration, drug addiction, or homelessness. Almost 40% of its 172 workers have come out of the justice system, and they’ve already expanded to seven locations — with three more on the way.

Founded in 2009, Food Forward surpassed 250 million pounds — or 1 billion servings — rescued from the landfill and donated to food insecure communities. Based in the part of the country that receives and ships the most food, they’ve built a network of 350 partners that deliver rescued produce to 12 counties in California and two Tribal nations.

Not only is sending food to a landfill bad for the environment, but with an estimated 38.3 million Americans experiencing food insecurity, food should rarely (if ever) just go to waste.

Thanks to Food Forward and their partner Vegan Outreach’s efforts, communities like Cherokee Nation in Oklahoma now have access to fresh produce at two community centers — saving it from a landfill, and feeding those in need.

After spending years in a traveling circus, three bottlenose dolphins — Johnny, Rocky, and Rambo — were sold to a resort hotel where they lived in a small pool for the entertainment of tourists.

Three years ago, they were rescued from the hotel, and after spending time recovering their health and strength in a larger sanctuary, officials in Indonesia just released them to swim freely in the open sea off the coast of Bali.

With only steam and condensed water as emissions, five Coradia iLint hydrogen-powered trains recently began running in Germany, with nine more trains on the way. The trains will replace 15 diesel trains currently used in the region.

The manufacturer says the trains have a range of 1,000 kilometers, which means they can run all day with a single tank of hydrogen. They’re also bringing trains to the Frankfurt, Germany area as well as regions in Italy and France.

A global organization is partnering with local NGOs to replant and restore decimated mangrove forests. The mangrove ecosystem has a superior ability to store carbon compared to other forests.

A Virginia judge dismissed a lawsuit attempting to ban the graphic novel, Gender Queer. Maia Kobabe’s memoir is one of more than 1,500 book bans and challenges in the 2021-2022 school year alone.

America’s first “Heat Officers” are helping cool down the most marginalized neighborhoods in Miami and Los Angeles. Heat is the deadliest weather phenomenon in the U.S., causing around 3,900 deaths in California alone in the last decade.

Best-selling romance novelist Nora Roberts just donated $50,000 to a Michigan library defunded for having LGBTQ+ books. Residents of Jamestown Township voted to defund the library after a parent complained about the content of one of its books.

In the race to save Caribbean coral, marine biologists just successfully reproduced the critical elkhorn coral species. Now rarely seen alive in the wild, elkhorn coral is important both to reef ecosystems and protection against hurricanes.

A new library in Vancouver is dedicated to elevating books written by people of color. The Vancouver Black Library hopes to serve as a hub for the community through events and lower the barrier to accessing resources.

After she was insulted on-air by Tucker Carlson, a popular country music artist raised more than $100,000 for transgender youth. Maren Morris donated the money to TransLifeline and the GLADD Transgender Media Program.

Electric vehicle adoption in the U.S. is happening a lot faster than anticipated. The trend is encouraging, but sustainable growth in the manufacturing of batteries and vehicles is still needed.

Brooklyn Public Library is giving free library cards to teen students anywhere in the U.S. facing book bans. Through the Books UnBanned campaign, cards will be good for one year in the hopes of complementing teens’ local access to resources.

Students at BYU shielded their LGBTQ+ classmates from protesters at a Pride event. The protesters directed anti-LGBTQ+ slurs at the Back to School Pride Night event.

Broward County, Florida just unanimously approved the first portion of a new regional commuter rail link. It’s an important project that will hopefully cut down on commuter traffic to the Miami area.

Scientists discovered an antibody that can target all COVID-19 variants. They’re hoping to create a new vaccine with it.

The next season of Dancing with the Stars will feature two disabled cast members. Selma Blair, who recently shared her multiple sclerosis diagnosis, and “CODA” actor Daniel Durant, who is deaf, will also join the show’s first-ever drag queen contestant, Shangela.