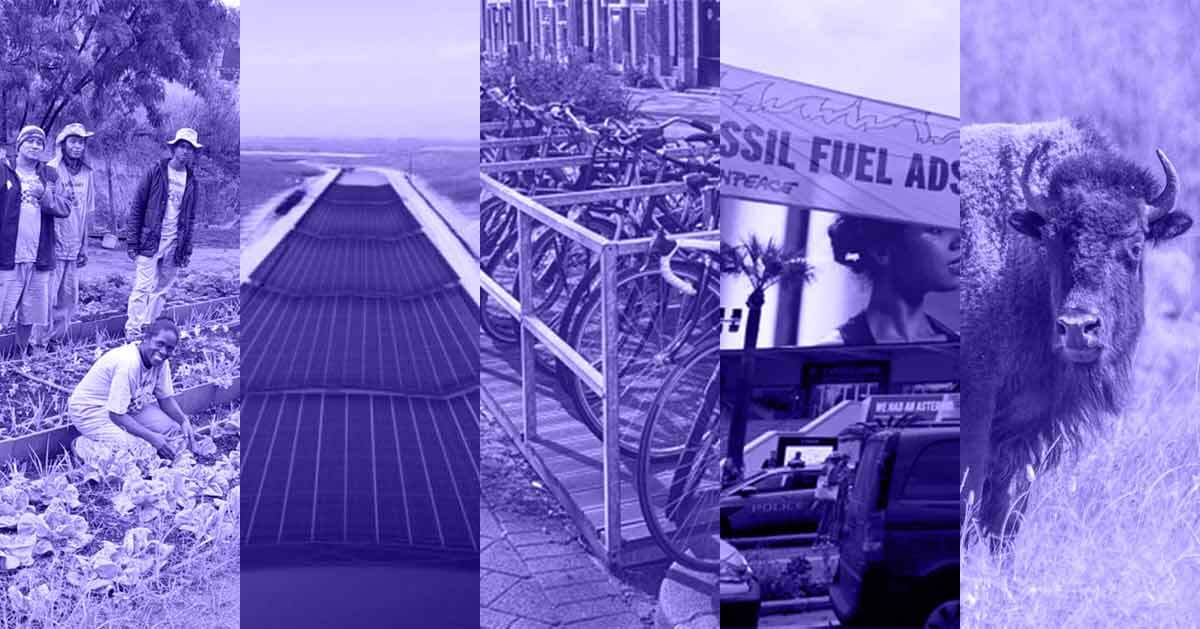 Working with a group of several local favelas, the city of Rio de Janeiro’s “Hortas Cariocas” initiative aims to both improve access to fresh, organic food and provide economic opportunity for those living in the favelas.

First launched in 2006, the project has grown to now include 56 active community gardens in favelas and schools across the city, with about 50,000 families involved. The gardens are connected through the schools and neighborhoods, and once complete, they will cover an area equivalent to 15 soccer fields and benefit up to 100,000 families.

The urban garden is already and will continue to help meet a massive need in the country — more than 33 million Brazilians face hunger.

Clean energy made up just over two-thirds of new electrical generation capacity in the U.S. in the first half of 2022

According to data recently released by the Federal Energy Regulatory Commission (FERC), wind and solar alone provided 67.01% of electrical capacity added in the first half of 2022. In addition to this positive progress in the transition to clean energy, no new coal power capacity was added.

This is incredibly encouraging progress, especially in light of President Biden officially signing the Inflation Reduction Act into law, which includes billions of dollars for building up clean energy infrastructure.

California will be the first state in the U.S to install solar panel canopies over its canals

In an effort to help fight drought and generate clean energy, “Project Nexus” will consist of an estimated 8,500 feet of solar panels installed over canals in Central California. First announced earlier this year, the project breaks ground this fall and is estimated to be completed in 2023.

The project addresses both climate action and climate resilience — it will increase clean power generation in the state and reduce the amount of water evaporating from canals. California has seen worsening droughts in recent years due to climate change.

A 2021 University of California, Merced study found that covering all the state’s approximately 4,000 miles of canals with solar panels could save about 63 billion gallons of water every year, and save the state energy and money.

A parking spot for a car can hold as many as 10 bicycles, but with car parking limited in some cities, drivers can have a difficult time letting go of a parking spot. At the same time, bicycle owners have nowhere to lock up their rides, so they end up spilling onto sidewalks, making it difficult for pedestrians.

Cities in the Netherlands have found a helpful solution: temporary bike platforms (in Dutch, a “fietsvlonder”) that fit into one parking space for residents to try out before making a permanent switch.

In one installation on a crowded street in The Hague, residents had a temporary platform for two months and were allowed to give feedback — 86% of residents liked the bike rack. A permanent one was installed, and the temporary platform was moved to another neighborhood for a trial run.

First proposed in 2019, France just implemented a ban on all advertisements promoting coal and oil. Beginning in June 2023, the ban will include advertisements for natural gas, too. Companies who violate the ban will be fined $100,000 for each instance and could pay double for repeated violations.

Fossil fuel companies have long gotten away with misleading advertisements about their products, so this is really good news to celebrate. Similar bans have been implemented in cities like Amsterdam, and others have bans in the works.

Environmentalists say the ban is good but doesn’t go far enough to stop the influence of fossil fuel companies, as they’ll still be allowed to sponsor events and more.

After 99.9% of their population was depleted, bison are now making a comeback in the U.S.

A modest collection of federally managed herds in the early 20th century brought bison back from the brink. With approximately 11,000 Plains bison in 19 herds, the Department of the Interior is today’s lead conservation steward for North American Plains bison across 4.6 million acres of land in 12 states.

Conservation efforts, responsible farming, and an ambitious relocation effort have led to a bison population boom in recent years, with numbers reaching around 400,000 total.

A new encampment strategy in Seattle is hoping to help get people into permanent housing. While the results are varied, understanding the effectiveness of housing solutions is an important step toward change.

In a breakthrough, scientists discovered a way to destroy some harmful PFAS. It’s simple, potentially really inexpensive, and could open doors for solutions to destroy all types of these “forever chemicals.”

Starting in 2025, all city operations in Chicago will be powered by clean energy. That’s 10 years earlier than its initial goal, and thanks to a new agreement with a clean energy provider.

Women who were excluded before the Title IX gender equality legislation passed are discovering the sports they missed out on. A large tournament in Tennessee has age divisions ranging from 30- to 70-and-over.

The King family just announced a coalition that will invest millions of dollars in groups that promote freedom, justice, and equality. The Drum Major Coalition will initially invest $5 million in Black and Brown organizers around the country.

Partnering with Indigenous leaders, organizations are helping ensure Navajo Nation has access to clean water. Alongside Rotary and the nonprofit DigDeep, the Navajo are bringing a vital commodity to their ancestral homeland.

As climate change threatens lobster populations, fisheries in Maine have a new climate-fighting catch: kelp. The seaweed is a useful ingredient in cosmetics, ice cream, toothpaste, and more — and like all plants, absorbs carbon while giving off oxygen.

The largest solar panel manufacturer in the U.S. is building a new manufacturing facility in the Southeast. It will invest $1 billion in the factory and said the Inflation Reduction Act was the catalyst for the expansion.

The FDA has now approved vaccines targeting the Omicron variant and subvariants. The vaccines will also include the original virus targeted by all prior vaccines and could be available any day.