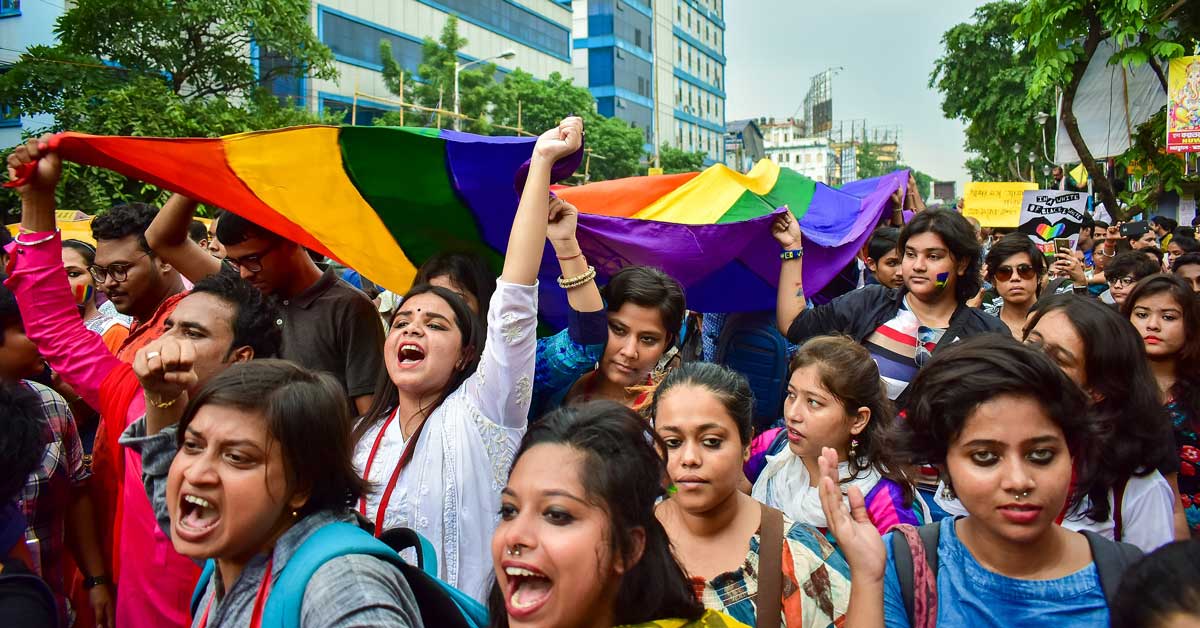 NEW DELHI, India — Police threats, slurs, and even violence are all part of LGBTQ+ life in India, but a new rule could ease the onslaught in one southern state as it becomes a "pioneer" for sexual minorities.

The change, on paper at least, is radical - even if it is yet to trickle down to street level and mark a true turning point for sidelined minorities in socially conservative India, say LGBTQ+ rights campaigners.

"Tamil Nadu is a pioneer in LGBTQ+ rights, especially when it comes to recognizing trans lives," said Kalki Subramaniam, a trans activist and founder of Sahodari Foundation, which helps trans women in Tamil Nadu.

"With this amendment, a lot of innocent trans lives can be saved," she told the Thomson Reuters Foundation.

Tamil Nadu started taking trans-inclusive steps as far back as 1994, when it gave voting rights to trans Indians.

Then in 2008, it began offering free gender reassignment surgeries - all long before 2014 when India's top court ruled that trans Indians had equal rights.

India passed a transgender rights bill in 2019 and formed a national transgender council a year later.

After the Supreme Court decriminalized gay sex in 2018, the coastal state saw a series of firsts for LGBTQ+ rights - from banning so-called conversion therapy to barring sex assignment surgery on babies whose sex is not clear at birth.

Yet despite the gains on paper, gay and trans people still endure discrimination and routinely face police harassment, extortion, and abuse, according to LGBTQ+ campaigners.

They say that trans women are most vulnerable, often attracting unwanted attention due to their appearance and the nature of their jobs, which is usually begging or sex work, exposing them to further violence by law enforcers.

In 2016, a trans sex worker died after she was found severely burnt outside a police station in the state capital, Chennai.

A decade earlier, a trans woman immolated herself after police in Chennai physically and sexually abused her. The following year, the state high court punished the policemen for custodial violence.

Fear over police abuse, which is far worse in rural areas, leads to fewer crimes being reported by LGBTQ+ victims, said Grace Banu, a Chennai-based activist who is heralded as Tamil Nadu's first trans engineer.

She said while the changes in police conduct rules were encouraging, she expected no change absent enforcement measures or clarity over what penalties errant police officers now risk.

"Without any deterrence, the police will not follow any rules," she said, recounting the time she was stripped naked, verbally abused, and humiliated at a police station in 2017.

"Who will you go to when an officer harasses you? The police? They already threaten us and say they will slap false charges against us LGBTQ people."

The Tamil Nadu home department, which made the change in police conduct rules, did not respond to requests for comment.

More Must Be Done

Other states such as Odisha in the east and Tamil Nadu's neighbors, Kerala and Karnataka, which last year became the first in India to provide a 1% quota for trans people in government jobs, have also made pro-trans moves.

And High Court Judge N. Anand Venkatesh published an LGBTQ+ glossary this week to help the media depict the community "in a more dignified and inclusive manner".

He has also sought changes to the academic curriculum and backed LGBTQ+ awareness programs for criminal justice workers.

Yet, LGBTQ+ Indians say a lot more must be done.

Trans people are often rejected by their families, they say, and denied jobs, education and healthcare.

Same-sex relationships are taboo, forcing many gay people to conceal their identities for fear of discrimination in a country where pre-marital sex is still largely frowned upon.

"Sensitive and supportive police, aware doctors and parents, sensitive reporting in (the) press will ... lead to more space in the economy," said Ramkrishna Sinha, a gay co-founder of LGBTQ+ consultancy Pride Circle.

There is no official data on India's LGBTQ+ population but campaigners peg it at about 105 million.

The World Bank estimates that homophobia costs India $31 billion a year due to lower educational achievements, loss of productivity and the added costs of providing healthcare to

LGBTQ+ people who are poor, stressed, suicidal, or HIV positive.

More and more corporates - from Accenture and consumer staples giant Procter & Gamble to India's Tata Steel - have introduced LGBTQ-friendly policies, including medical benefits for gay employees and their partners, since 2018.

Deepthi, a lesbian who works at an LGBTQ+ matchmaking app and runs a small soap business with her partner, said it was important to audit organizations, companies, and public offices alike, to assess the implementation of policies.

"(It) will ensure ... LGBTQ individuals make safer choices when it comes to their career and their career growth," said Deepthi, who goes by one name.

She also volunteers at Chennai-based LGBTQ+ rights network Orinam that worked with judge Venkatesh on framing the gay- and trans-friendly recommendations.

Several other LGBTQ+ Orinam volunteers pushed for job quotas, sensitization programs for the masses, and to legalize sex work-related activities such as soliciting.

Reporting by Annie Banerji, Editing by Lyndsay Griffiths; This article was originally published by Thomson Reuters Foundation, the charitable arm of Thomson Reuters, that covers the lives of people around the world who struggle to live freely or fairly.

Header photo by Arpan.basuchowdhury (CC BY-SA 4.0) / Description, via photographer: "On 6 September 2018, the Supreme Court of India ruled that the application of Section 377 to consensual homosexual sex between adults was unconstitutional, "irrational, indefensible and manifestly arbitrary". This judgment showcased the victory for the LGBTQ community in India, who had fought for decades to legalize homosexuality in this developing country. To celebrate this occasion the LGBTQ community of Kolkata had organized a victory parade on 16/09/2018. This photo was taken in the parade on that very date."

There are niche sports for almost anything you can think of, ranging from table tennis to frisbee golf to bowling.
No items found.