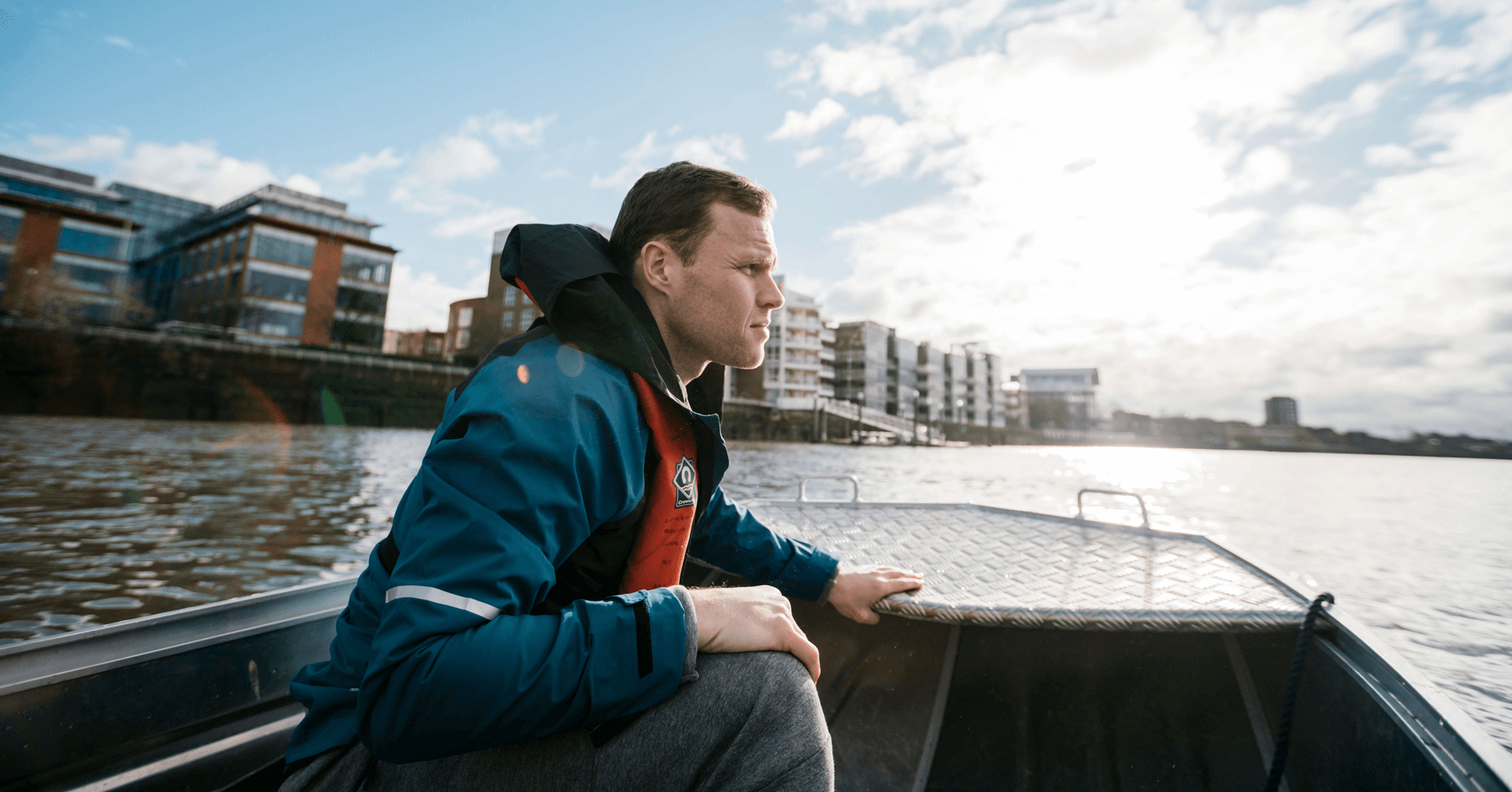 When John McAvoy was 18 years old, he was handed two life sentences. Now he’s the only Nike-sponsored Ironman triathlete.

As a young boy, McAvoy didn’t realize it yet, but he was raised in a family of career criminals.

The year he was born, in 1983, his uncle orchestrated a heist of £26 million worth of gold, diamonds, and cash from a warehouse in Heathrow as a member of an infamous robbery gang.

At the time, it was chalked up as the crime of the century, and while many of the gang members were convicted, most of the loot was never recovered.

He told The Independent that in 2004, The Telegraph published an article chronicling the evolution of organized crime in Britain. It singled out five of the most prominent individuals who had shaped the country’s scene in recent decades.

Three of those five men, he recalled, played a part in his upbringing, and he was on course to take over the family business.

By the time he was a teenager, he had lost all interest in school and had started to plan for a life of crime. His stepfather, who had his own history of robberies and arrests, took him under his wing.

At 16 he began helping the criminals he considered role models to secure the intelligence they needed to execute their heists. He stalked security vans, memorizing their schedules, and he moved arms across the country.

At 18 years old, McAvoy was slapped with his first prison sentence for possession of firearms after police foiled a plot to rob a bank. McAvoy was chased and caught by an officer on foot.

He served three years in prison, including a year in solitary confinement.

During his sentence, he discovered fitness, toned up, and left prison “unrecognizable,” he told The Independent.

When I made the decision in 2009 to step on a rowing machine in the prison gym.

I never thought it would literally take me to the top of a mountain 🏔💫 pic.twitter.com/A9dLOzA2BL

As soon as he left his first prison term, London’s criminal underworld welcomed him back with open arms. Less than two years later, in 2005, he was given a life sentence for conspiracy to commit robbery and possession of firearms with intent to commit robbery, after committing to helping his stepfather’s friend with a major heist.

After two years in the highest security section of the infamous Belmarsh Prison, known as “Britain's Guantanamo Bay,” McAvoy was moved to another prison, where he was granted a greater degree of freedom.

In 2009, one of McAvoy’s closest friends was killed during an attempted heist in the Netherlands. McAvoy was deeply struck by the loss and became aware of the fact that he did not want to follow in his friend’s footsteps.

Life, he told The Independent, took on a new sense of fragility — and that was a powerful catalyst for change.

Almost overnight his attitude shifted. He became aware of the fact that there was an alternative to crime. He started seeking distance from his fellow inmates, isolating himself and focusing on the academic opportunities available to him behind bars.

His inmates constantly discussed the crimes they would commit as soon as they got out. McAvoy, meanwhile, just wanted to change.

The day after he learned of his friend’s death, he went to the prison’s gym and sat on a battered rowing machine. He entered a state of near-meditation, and on that first day he rowed 32 kilometers (nearly 20 miles). He was hooked.

During his first month of rowing, McAvoy covered one million meters. Four months later, he’d rowed the equivalent of the distance across the Atlantic.

He raised money for a children’s charity, and his life beyond the prison’s gym changed, too. He developed a passion for the study of physiology and the power of the human body, and he read textbooks and memoirs of exceptional athletes.

In 2012, after almost a decade behind bars, McAvoy was finally granted parole.

He set his sights on triathlons and, at the age of 30, bought his first bike on eBay. He taught himself to swim with the help of YouTube. And the very next year, he completed his first Ironman.

By 2016, he had shaved hours off his time, and a growing media presence won him a Nike sponsorship contract.

Now he travels the world competing, making speeches and hosting workshops as the only Nike-sponsored Ironman triathlete.

He still has to ask his parole officer for permission to leave the country every time he leaves for an international excursion.

Apart from the world of sports, he’s particularly proud of the work he’s done in campaigning for prison reform.

He’s a sought-after motivational speaker, and he visits prisons and correctional facilities regularly. Because of his past, offenders don’t consider him a figure of authority and often open up to him, he told The Independent.

McAvoy’s story of redemption teaches other offenders that they, too, can change their lives.

And when asked whether he has any regrets, he told The Independent that he has none.

“I don’t believe in failure as long as you keep going,” he said. “You either win or you learn.” 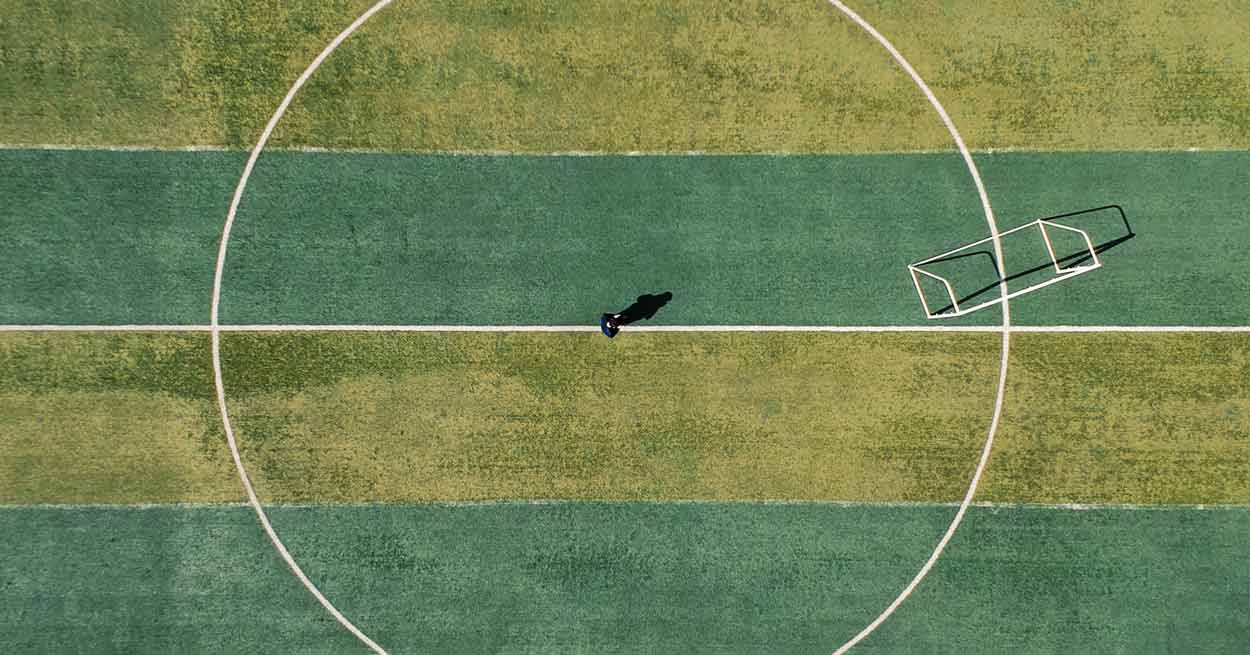 LGBTQ+ stars like Megan Rapinoe are lighting up women's football. But in Kenya, lesbian players face stigma and threats.
No items found.