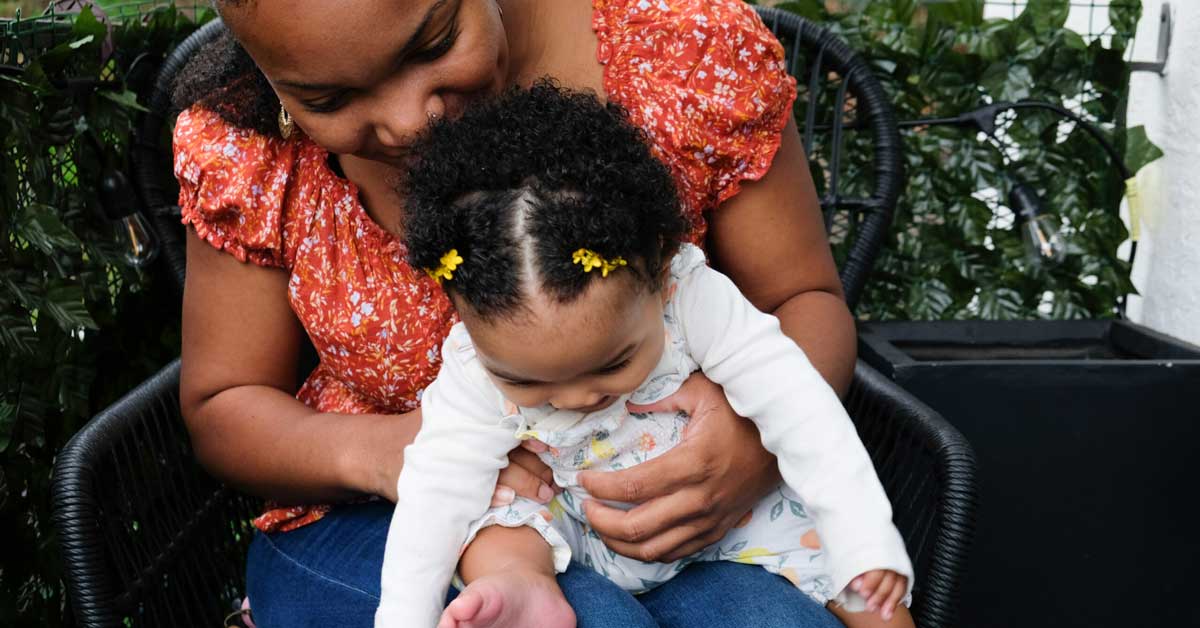 Angela Phillips had been in labor for almost three days when her doctors began to pressure her to have a C-section.

There wasn’t a medical reason other than the fact that her labor had been long, and didn’t seem to be progressing. She declined the procedure. But then Phillips felt the doctors’ and nurses’ attitudes toward her change.

“I felt like I was under a microscope and couldn’t really relax,” Phillips said. It felt as though her experience “didn’t matter” to the doctors, who seemed to be set on performing a C-section “so they could be done with it.”

Phillips, who lives in Richmond, eventually gave birth to a healthy baby girl without a C-section. But her hospital experience was painful and traumatic, and, as a Black woman, she wonders if part of that was due to unconscious biases among the health care workers or the institutional racism embedded in the medical system.

Doctors often fail to listen to Black mothers, resulting in higher complications for their births, research has shown.

Disregarding input from pregnant women increases the risk of death and complications for the mothers and their babies. C-section rates are also higher among Black women.

For her next three children, Phillips gave birth at home with midwife Laura Perez who listened to her needs while also providing medical care.

The use of alternative birthing methods like home births and birthing centers has risen over the past decade, especially among Black women according to Bay Area doulas.

Black women are 3 to 4 times more likely to die from childbirth than white women, according to the Center for Disease Control and Prevention, partially because doctors often shrug off Black women’s concerns.

Across California, midwives and doulas are working to increase access to their services to more Black and brown women. Bay Area organizations like NuBirth Midwifery and the Oakland Better Birth Foundation are also raising awareness about the options people have to welcome a child into the world.

Some “women of color are unaware that there’s another way to be in your pregnancy, labor, and birth, and postpartum than what’s generally done and prescribed,” said Perez, who works in San Francisco. “You can’t have access to something if you don’t know it exists.”

Perez has primarily worked with communities of color in the Bay Area. Her practice is rooted in traditional midwifery, which means she focuses on clients’ needs and their right to make their own decisions while also adhering to standard regulations as a licensed midwife in California.

“Part of the answer, in terms of access and addressing things like maternal mortality and infant mortality and morbidity, has to do with having providers coming from our own community,” said Perez, who has Native American and Peruvian ancestry.

To ensure her services are accessible to all who want them, she works on a sliding scale and offers bartering. Perez is also the mentorship program director at SisterWeb, a San Francisco-based network of community doulas that works to provide doulas free of charge to women who can’t afford one.

A doula is a person that provides non-medical guidance, information, emotional support, and comfort to a birthing or pregnant person.

According to Perez, women of color have been practicing midwifery for hundreds, if not thousands of years. Before women started going to hospitals to give birth, and before giving birth became a medical intervention, a birthing person would be surrounded by family and friends as a child was being born.

The mythology that women were not safe to give birth at home has been rooted in racism, sexism, and xenophobia.

Midwives who served Black or Native American families, or working-class immigrants were marginalized and even forced underground during the 20th century as states sought to restrict their practice and encourage women to give birth in hospitals, according to the National Association of Certified Professional Midwives.

Trained midwives were among the enslaved Africans brought on ships in the early 1600s.

As chattel slavery boomed in the colonial United States, Black midwives were the primary source of care for both Black and white women and babies, according to researchers at Vassar College. Black midwives were well-respected members of the communities they served.

In the 1910’s, at a time when most women gave birth at home, white physicians began attributing high infant and maternal mortality rates to the “unsanitary” practices of traditional midwives.

In Northeastern states, midwives were displaced as white women considered hospital births the “modern” and “advanced” form of delivery, according to researchers.

By the 1970s, midwifery practiced outside of hospitals started making a comeback, and has slowly increased in the decades since.

“Birth at home with a midwife is a woman of color’s birthright,” Perez said. “That’s why I do the work that I do.”

The Oakland Better Birth Foundation was founded by Samsarah Morgan, a doula, community activist, mother, grandmother and author. Morgan has worked as a doula for 42 years.

“We have been working on expanding our reach and ability for more folks to be able to have doula services and childbirth education in ways for people who would never have access to it,” Morgan said.

“African American families need to have informed consent in order to avoid the pitfall of over-medicalized births and unnecessary cesarean births.”

The Oakland Better Birth Foundation also operates on a sliding scale, meaning mothers and students have the option to pay whatever they have in order to receive Morgan’s services.

Morgan invites people from the community to attend classes and workshops on how the body works, opening access to education.

Morgan has seen first-hand the disparity in treatment among low- and high-income communities in the Bay Area, as her clients come from diverse socioeconomic backgrounds. “Our mission is not to turn anyone away”, Morgan said.

Zaree Persley, a 21-year-old mother living in Hayward, gave birth to her daughter in February. Persley was an eager and excited first-time mom, and she hoped to give birth without hospital staff navigating her delivery for her. “I wanted freedom, mobility and one-on-one care,” she said.

But because nurses work in shifts, a woman could have as many as five to seven nurses during her delivery, leaving less time for individualized care.

Five months into her pregnancy, Persley started seeking out birth centers, where she could labor with a midwife.

She gave up when a birth center in Castro Valley asked for $6,500 up front, and another in San Mateo asked for a similar amount. Her only option was to stick with her HMO for care.

Doulas and midwives are often not covered by medical insurance. The state’s low-income health program, Medi-Cal, will occasionally cover midwifery care or a portion of the costs of birthing centers.

Midwifery fees often cost around $5,000 or more per pregnancy. Doulas became fully covered by Medi-Cal insurance in January of 2022, according to DHCS.

Doula services can sometimes be more affordable or free. Some city health departments, like Contra Costa Health Services, offer programs to people who want to be trained as a doula.

Other hospitals, like San Francisco General Hospital and Dignity Health, have similar programs. After training, volunteers can offer services as a doula for a woman who can’t afford one.

The bill aims to invest in factors that influence maternal health outcomes, like housing, transportation and nutrition, among a list of many other goals like more funding for organizations fighting health inequities and removing barriers to access.

At the first White House Maternal Health Day of Action on Dec. 7, 2021, Vice President Kamala Harris described the bill as “a comprehensive bill designed to improve maternal nutrition, to expand affordable housing, and to extend our maternal health workforce to include more doulas and midwives.”

The Momnibus bill would provide funding for doulas to work in hospitals under the supervision of hospital staff. The ultimate goal is to make doulas more accessible to women that would like to work with one but can’t afford one.

Some doulas, such as Morgan, oppose the bill because they fear the supervision would impose unnecessary constraints and regulations that will hinder doulas and prevent them from advocating for the mother when it’s dire.

Others, like Perez, applaud the efforts of the Momnibus bill, but feel more still needs to be done to help Black mothers and their babies, because the problem of racism in health care is systemic.

“It’s like asking doulas to put a Band-Aid on something that is hemorrhaging,” Perez said. “It’s not enough.”

Header image: Zaree, 21, with daughter Sevyn, nine months, as they enjoy the fresh air on their balcony at home in Hayward. / Photo by Myah Overstreet.

This story was originally published by California Health Report. It has been published here with permission. 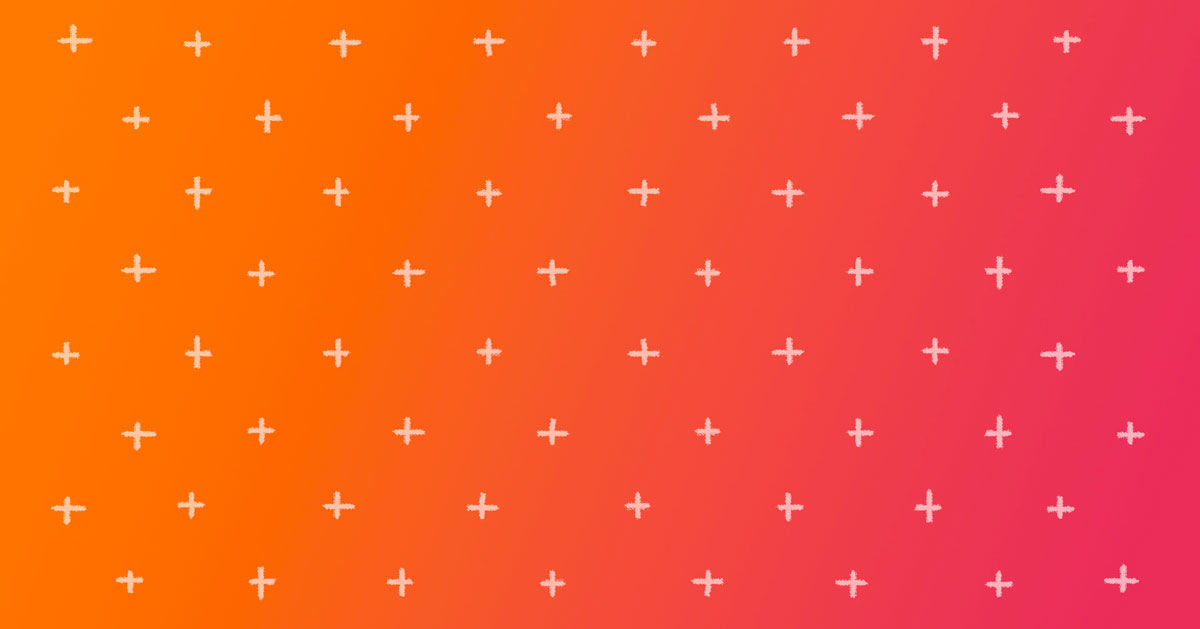 A recent Supreme Court document shows that abortion access is about to change in America. Here are some ways you can help protect abortion and reproductive freedom.