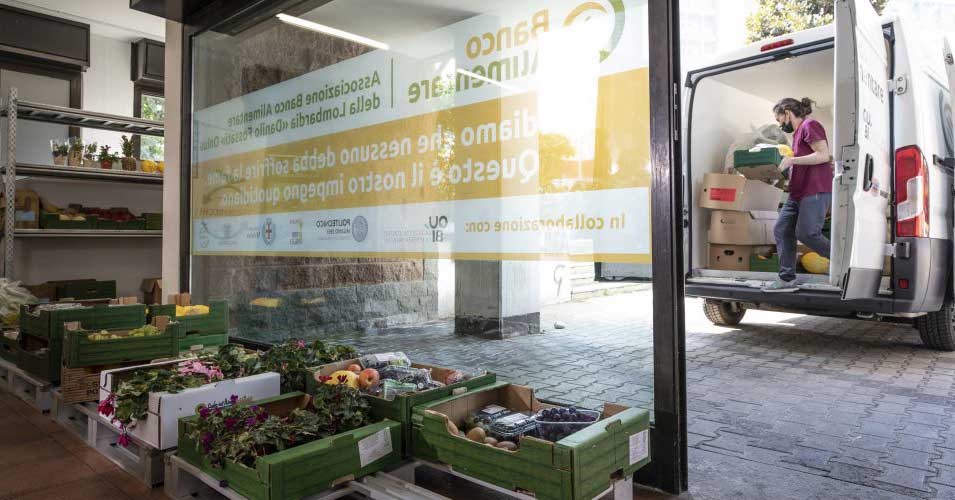 The city’s groundbreaking “zero waste” strategy aims to leave no meal behind.

With its packets of tagliatelle pasta, tins of tomato sauce and large bottles of extra virgin olive oil, the Gallaratese Hub just off Via Appennini in Milan’s northwest seems like any other supermarket in the Italian city.

But the produce on the shelves of the 400-square-meter space, owned by the municipality of Milan and opened in July, has been donated by supermarket chains and private businesses just around the block. And the customers, who show up to get their groceries five days a week, don’t pay a thing — it’s all covered by a prepaid card.

“It’s about making our food systems more sustainable and less wasteful,” says Federica Giannotta, head of advocacy and Italian programs at Terre des Hommes Italy, the NGO running the solidarity supermarket as well as outreach distribution. “And of course helping those families that are really in need of support.”

The Gallaratese Hub, one of three currently in Milan, is part of the city’s pioneering efforts to cut down food waste. Milan is the first major city to enforce a citywide food waste policy, relying on the wide-ranging cooperation of public agencies, food banks, charities, NGOs, universities, and private businesses.

In 2015, Milan launched a new Food Policy aimed at creating a more sustainable food system, involving local players such as the city’s research centers, institutions, private sector, and NGOs as much as possible. The next year a memorandum of understanding, entitled “Zero Waste,” was drawn up to halve food waste by 2030 and implement a new method for recovering and redistributing surplus food.

Launched in January 2019, these Food Waste Hubs collect produce from supermarkets and companies, as well as purchased food aid, and give it to hundreds of Milanese families in need. The Gallaratese Hub also provides social services such as legal aid, psychological counseling, language classes, and childcare support. Two other hubs will launch in other Milan neighborhoods in the next few months.

The School of Management of the Politecnico di Milano, which conducted a feasibility study of the model and has been monitoring operations, found that the first hub saved 77 metric tons of food in the first year, and that today the city’s three Food Waste Hubs each recover about 130 metric tons of food per year, or 350 kilograms per day — equivalent to 260,000 meals. Through them, according to the Politecnico, 497 metric tons of CO2 are avoided in the production and then disposal of food losses per year. The hubs are also using 30 percent of food that would have otherwise gone to waste, compared with the national average of nine percent.

Shrewd data analysis and sophisticated coordination across multiple organizations has been key to the success, according to Anna Scavuzzo, the vice mayor of Milan and lead for the city’s food policy.

In some neighborhoods, for example, there might be a lot of food waste for fruit and vegetables, but in other areas there might be more meat. During specific times of the year, such as Christmas, there could be more food losses, or in August, when lots of charities go on holiday, there could be less support available. Or it could be that the quantity of food waste changes at a supplier supermarket.

“It’s important for cities to use data to understand these points,” says Scavuzzo, who holds a meeting with stakeholders for knowledge and data-sharing at least every six months. “Coordination is very important.”

The hyperlocal focus has also been a significant factor in Milan’s food policy — excess food, they argue, should be distributed within the same neighborhood, reducing carbon emissions and maximizing the freshness of the food.

“The model of food banks was not efficient enough to collect the food waste from all the retailers,” says Scavuzzo. “The idea was to localize the network, to make it work in a fast way.”

Andrea Segrè, a professor of agricultural policy at the University of Bologna and scientific director of the Waste Watcher International Observatory, believes the local aspect, which he calls a “Zero Kilometer” approach, is crucial.

“The principle of recovering food and distributing it in the same area is a good model,” he says. “If you recover food in one place, and you have charity some 30 kilometers away, you need to transport, store and refrigerate it, which will cost more than the food is even worth. To be sustainable, you need to act at a local level. It’s a model of proximity.”

Huge gains, societally as well as environmentally, could be made if progress continues. The global food system generates a third of greenhouse gas emissions, yet a third of all food produced for human consumption goes to waste — about 1.3 billion metric tons per year. At the same time, 800 million people, around a tenth of the world’s population, were undernourished last year.

However, Segrè warns that such food hubs cannot be the only solution to tackling food waste. Around 70 percent of food waste comes from households, he says, and half a kilogram of domestic food waste is created by the average person in Italy each week. “We need prevention in our households,” he adds.

But there is belief that Milan has found a recipe for reducing food waste that could be used the world over. In October, the City of Milan’s Food Waste Hubs won the Earthshot Prize, an initiative founded by Britain’s Prince William. The municipality has received £1 million (US$1.37 million) in prize money and a global network of support to scale their pioneering environmental solution.

“Each city around the world could apply this model,” says Professor Segrè. “You need some competence, some knowledge, and willing actors. But you can copy it easily.”

Vice mayor Scavuzzo, who is also helping to oversee the Milan Urban Food Policy Pact — a global agreement on urban food policies signed by more than 200 cities — says that it is already consulting cities including Ghent, São Paulo, Seoul and Melbourne on how to implement similar hubs.

“There’s not a unique model,” she says. “It must be adjusted depending on the local situation of a city. But we believe [these hubs] can help save as much food as possible.

This story is part of the SoJo Exchange from the Solutions Journalism Network, a nonprofit organization dedicated to rigorous reporting about responses to social problems. It was originally published by Reasons To Be Cheerful on November 5th, 2021. 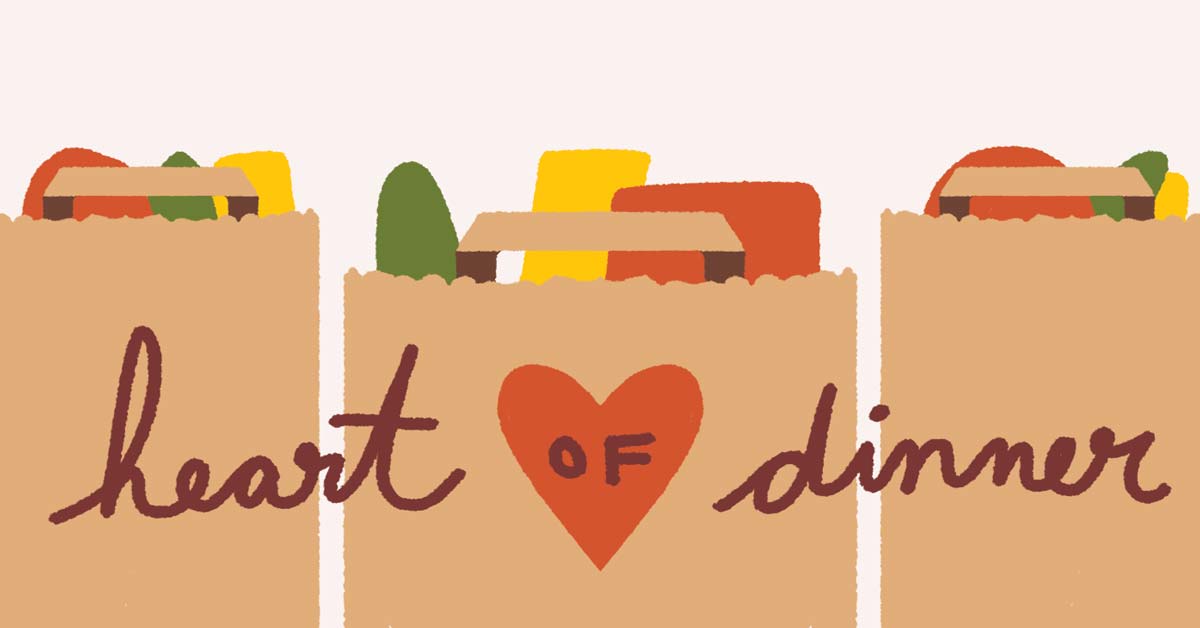 Good News: This "dinner series" company pivoted to providing meals for the elderly during the pandemic 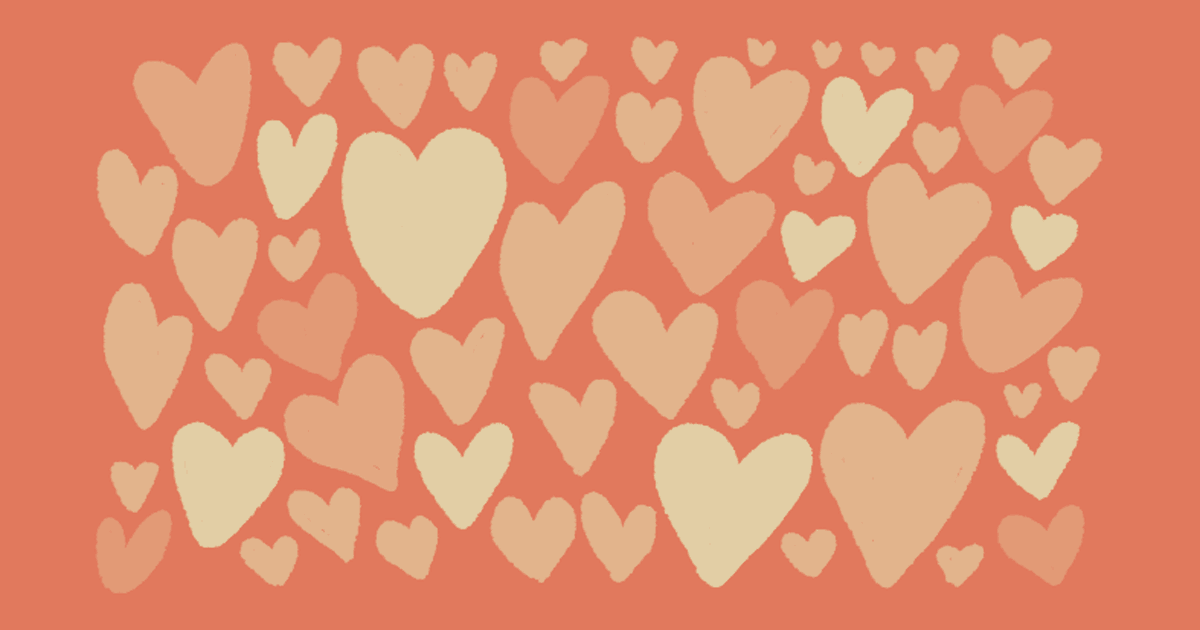 One person can make a difference in the world — but it’s not your job to change the entire world. It’s simply your job to show up and play your part — whatever that may be.
No items found.