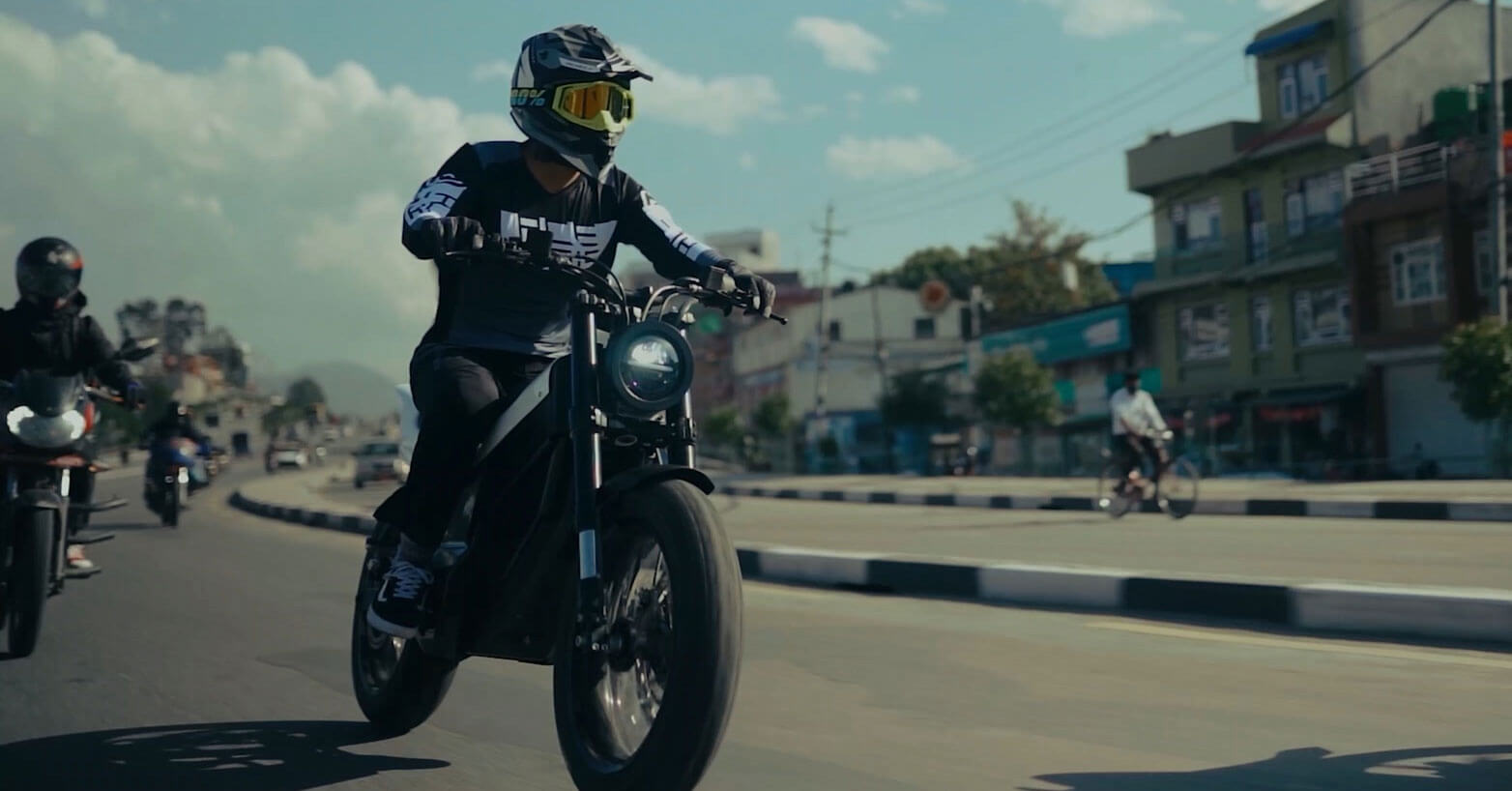 With the launch of its sleek e-motorbikes, startup Yatri Motorcycles believes it can convert Nepalis to electric vehicles that can clean up the country's toxic air

KATHMANDU, Nepal, August 18 (Thomson Reuters Foundation) - An early entrant in the petrol-to-electric race, Nepal has tens of thousands of electrified cars, buses and rickshaws on its roads but few motorcycles - the most popular form of transport in the Himalayan nation.

With the launch of its sleek e-motorbikes, startup Yatri Motorcycles believes it can convert Nepalis to electric vehicles that can clean up the country's toxic air, save money, reduce petrol imports and help to achieve its climate goals.

"We need to switch to electric vehicles," said Ashim Pandey, founder of Yatri, which means traveller.

"It is only a matter of time when battery technology surpasses the energy density hurdle to make internal combustion engines obsolete."

Across the world, manufacturers are competing to develop affordable, low-emission vehicles as a growing number of countries have announced plans to ban the sale of new fossil fuel-powered cars in a bid to combat global warming.

At risk from glacier melt and torrential monsoon rains, Nepal pledged in the 2015 Paris Agreement on climate change that 20% of its vehicles would be electric by 2020, but this is currently 1%, according to the Climate Action Tracker website.

Nepal is a small emitter of carbon globally, with 40% of the country under forest cover and most of its electricity coming from hydropower. But emissions are rising, with a surge in petrol and diesel vehicle imports and fossil fuel consumption.

The government has set out ambitious plans to transition to e-vehicles through reduced taxes and customs duties on imports and the installation of more charging stations.

But implementation is slow, despite a pledge that e-vehicles will make up 90% of all private passenger vehicle sales by 2030.

The country currently has about 700 electric cars, 5,000 electric scooters, and 40,000 electric rickshaws, according to the Electric Vehicle Association of Nepal, a lobby group.

Yatri Motorcycles was set up in 2017 with the dream of designing, engineering and manufacturing world-class electric vehicles from the ground up in Nepal.

"We are looking into markets beyond the borders of Nepal," said Pandey. "We have to start exporting cutting-edge technology and capital goods and not be limited to handicrafts and boutique items," he said, referring to Nepal's traditional exports.

Pandey, who moved to The Netherlands to train as an aerospace engineer in 2010 and designed hydrogen-powered race cars when he was a student at the Delft University of Technology, has an ambitious 10-year plan.

He kicked off in 2019 with Project Zero, a top-end motorbike with a digital dashboard, in-built 4G connectivity, a keyless start, a range of 240km and a maximum speed of 140km/ hour that recharges in two hours.

It easily outclasses most two-wheelers on the market, which are made in China and India and have a lower range and speed but costs almost 2,000,000 Nepalese rupees ($16,797) - almost seven times that of a petrol motorbike.

In April, Yatri launched a more affordable model, Project One, for 500,000 rupees and received 50 orders within a week.

"The initial price will come down once we start producing them on a larger scale," Pandey said. "We are well on track to meeting our 200 unit sales milestones for 2021."

Motorcycles are key to the switch to e-vehicles because they make up 80% of Nepal's registered vehicles, government data shows, providing commuters with an affordable alternative to Nepal's crowded, often chaotic, public buses.

With the advent of P-1, our mission to reinvent urban mobility landscape is truly underway. The most important goal with P-1 was to make it accessible to more and more people, unlike it's bigger sibling, and we are confident we're headed in the right direction with P-1. pic.twitter.com/9FIzGr44hS

But e-motorbikes alone cannot decarbonize Nepal's transport. The country's top three emitters are trucks at 29%, cars and vans at 26% and buses at 19%, with two-wheelers trailing behind at 8%, according to 2011 government figures.

With this in mind, Yatri's ultimate goal is to launch e-vans and e-buses for fleet operators by the end of the decade.

"A safe, comfortable and pleasing public transportation system that is appealing to use is what will solve the problem of modern urban mobility."

Nepal has a long history of experimenting with e-vehicles, from trolleybuses brought by China in the 1970s to three-wheeled minibuses, known as Safa Tempos, which were introduced in the 1990s by the United States Agency for International Development.

But the electric buses folded due to mismanagement and the Safa Tempos have been edged out by diesel vehicles because of their inefficient batteries.

The government is seeking to reintroduce electric vehicles by buying 300 electric buses.

One of the most urgent challenges in boosting e-vehicle sales is to provide more charging stations, said Manish Pandey, a popular YouTuber who travels the country by motorbike.

Six months ago, the 23-year-old planned to film himself making a long-distance trip using an e-scooter but ended up cancelling.

"There were no charging stations on the route and the range of electric vehicles is too low, so I couldn't complete the journey," he said.

"With the present availability of charging stations, I would definitely not choose to ride an electric motorbike."

He also pointed to the high cost of the vehicles as a major obstacle to convincing ordinary motorcyclists to go green.

"In a poor country like Nepal, with people having poor environmental awareness, almost every customer sees the price first, rather than whether the technology is environmentally friendly," he said.

Reporting by Aadesh Subedi, Editing by Jumana Farouky and Katy Migiro. This story was published with permission from the Thomson Reuters Foundation, the charitable arm of Thomson Reuters, that covers the lives of people around the world who struggle to live freely or fairly. Visit news.trust.org

"We are looking into markets beyond the borders of Nepal."