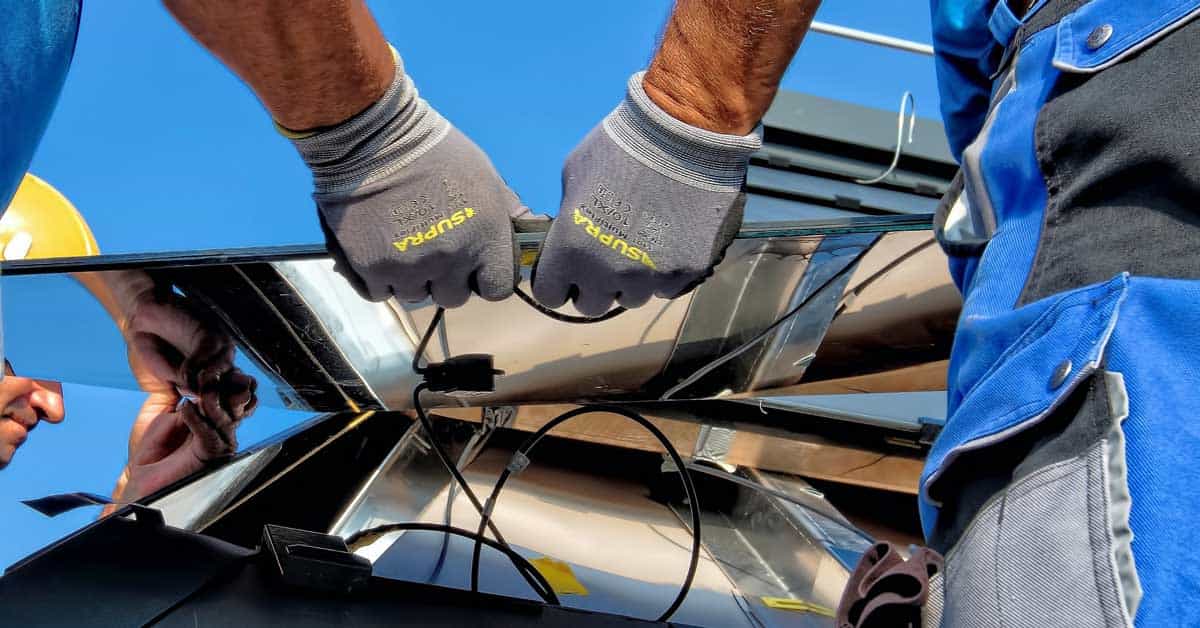 Clean energy jobs rose to 12 million last year even amid the pandemic but officials say green employment must come with decent conditions and bring in more women.

The number of jobs in renewable energy worldwide increased in 2020, despite the huge economic disruptions caused by the COVID-19 pandemic, with the growing industry holding up better than fossil fuels, international agencies said on Thursday.

In an annual report on clean energy employment, the International Renewable Energy Agency (IRENA) and the International Labour Organization (ILO) said there were 12 million jobs in renewable energy and its supply chains last year, a third of them in solar power.

"The year 2020 demonstrated that not even a global pandemic can slow the advance of renewable energy," wrote IRENA Director-General Francesco La Camera in a foreword.

The COVID-19 crisis, together with the challenges of global warming, "reinforces the need for a just and inclusive transition toward a clean, reliable energy supply and sustainable, healthy, climate-friendly jobs", he added.'

Achieving a fair shift from coal, oil, and gas to solar, wind, bioenergy, and hydropower will require efforts to train workers in new skills and build local supply chains, the report said.

Social protection will also be needed for those who lose jobs in high-carbon activities like coal mining, it added.

Lockdowns to contain the COVID-19 pandemic did disrupt some parts of the renewables industry in 2020, it noted, including a slight dip in employment in biofuels due to lower transport use.

Martha Newton, the ILO's deputy director-general for policy, said the continued growth of renewable energy jobs worldwide amid the pandemic was "a very encouraging signal".

But gaining the maximum social and economic benefits from the clean energy shift would require looking beyond just the number of jobs, she told the report launch by video.

"We need an approach to energy transition conducive to decent work creation" - meaning jobs that boost equity, security, and human dignity, she said.

The report stressed the need to bring more women into renewable energy jobs, though they already hold 32% of those, on average, compared to 22% in the oil and gas sector.

Globally in 2020, the solar photovoltaics sector accounted for about 4 million jobs, biofuels for 2.4 million, hydropower for 2.2 million, and wind energy for 1.25 million, the report said.

Nearly four in 10 renewable energy jobs were in China, with Brazil, India, the United States, and European Union states holding the next highest numbers.

Other places expanding clean energy employment include Vietnam and Malaysia, which export solar equipment; Indonesia and Colombia, with large agricultural supply chains for biofuels; and Mexico and Russia, where wind power is growing.

In sub-Saharan Africa, solar jobs are expanding in countries from Nigeria to Togo and South Africa, the report noted.

It authors estimated that if governments limit global warming to 1.5 degrees Celsius above preindustrial levels, their most ambitious goal, the renewable energy sector could grow to 38 million jobs by 2030 and 43 million by 2050.

That is about double the number that would be created under current climate action plans and pledges, which fall short of meeting the Paris Agreement goals, it noted.

Sharan Burrow, general secretary of the International Trade Union Confederation which represents 200 million workers in more than 160 countries, said every part of the economy would need to transition to a greener model to cut emissions to net zero.

That's "a good news story", she said, because for every 10 jobs in renewable energy, 5-10 are created in manufacturing supply chains and more in services, transport, and logistics.

If those jobs come with good conditions, a minimum wage, and labor rights such as the ability to form unions and bargain collectively, "that's about development, that's about community renewal, that's about aspirations", she told the report launch.

Reporting by Megan Rowling; editing by Laurie Goering. This article was originally published by the Thomson Reuters Foundation, the charitable arm of Thomson Reuters, that covers the lives of people around the world who struggle to live freely or fairly. It was republished with permission. Visit news.trust.org/climate