How & Why To Be Hopeful: Advice From a Reenergized Activist 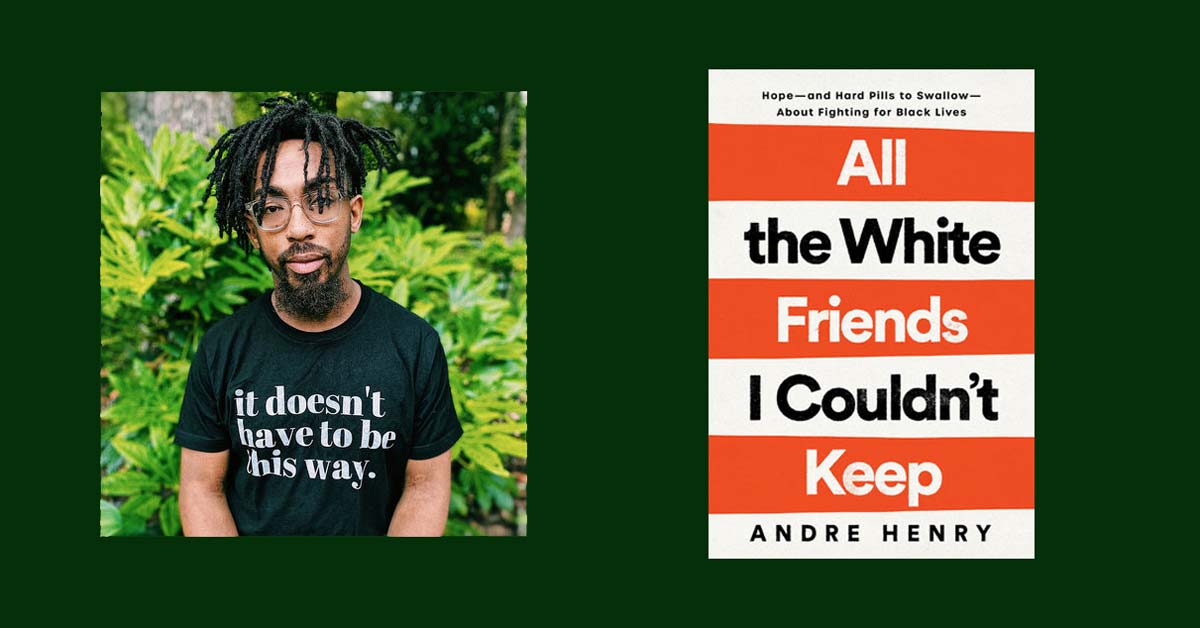 I spent a lot of time on my living room floor in tears in the days following the 2016 election. If it wasn’t one thing, it was another: another headline about police killing, another hidden history of racial violence uncovered, and of course, grief over my mom.

I’d spent a lot of energy in public grief about racism that year—lugging a hundred-pound the boulder around town to show the mental burden racism can lay on the Black psyche, wearing a suit with the names of Black victims of police violence, writing new songs.

And the constant outrage and grief were catching up with me, becoming unmanageable. My drive to keep going was waning and my friends could tell.

One day a package arrived at my door from my friend Paul, an English professor in Central Florida. It was a book by activist Rebecca Solnit called Hope in the Dark.

I was skeptical about a book on hope. It seemed inappropriate and impossible. I thought hope was some feeling that tells you, no matter what, everything is going to work out fine.

But I had no reason to believe that.

It seemed America had flat-out ignored the Black Lives Matter movement and elected an outspoken racist to the presidency, all while the police’s Black body count continued to grow.

It seemed like the movement was failing. It seemed that the only people I knew who had hope weren’t paying close attention to what’s going on in the world.

But Hope in the Dark was the beginning of a journey that would permanently shift my perspective.

There's a difference between hope and certainty. To be hopeful doesn't mean we're sure about the future.

The idea that struck me most in Solnit’s book was that there’s a difference between hope and certainty. To be hopeful doesn’t mean we’re sure about the future.

“Hope is an embrace of the unknown and the unknowable, an alternative to the certainty of both optimists and pessimists,” she explains. “Optimists think it will all be fine without our involvement; pessimists adopt the opposite position; both excuse themselves from acting.”

My mouth dropped open when I first read those words. They gave me a concept of hope that looked ugly truths in the face and left room for human agency. It felt like good news.

From then on, I began to search for hope with the same resolve that I’d searched for information about racism.

I developed a routine of morning and weekend hope readings that did wonders for my mental health and convinced me that true, meaningful hope—the kind that is grounded in history, able to confront uncomfortable reality, and comfortable embracing ambiguity—can be cultivated.

Writings on hope from freedom fighters, past and present, became my holy texts. I would read them every morning or sneak away on my lunch break to pore over their words at my favorite burger spot.

Somewhere in the turmoil of those months, my perspective shifted from thinking hope is bullshit to seeing hope as the fuel of revolution—an important lesson for all freedom fighters.

Movements for social change are more likely to happen when people believe their efforts will be worthwhile. If people see their votes as useless or think the authorities will always squash uprisings, they’re less likely to take action to create change. People pick fights they believe they can win.

Sociologist Doug McAdam reports that social movements are often triggered by what he calls “cognitive liberation,” a process by which people come to see their situation as both unjust and changeable.

In 1941, for example, A. Philip Randolph and other Black Civil Rights leaders planned a massive March on Washington to protest discrimination in the defense industry.

The march was called off when President Franklin D. Roosevelt issued Executive Order 8802, proclaiming, “it is the duty of employers and of labor organizations... to provide for the full and equitable participation of all workers in defense industries, without discrimination because of race, creed, color, or national origin.”

Later, the Committee Against Jim Crow in Military Service and Training pressured President Harry S. Truman to expand on Roosevelt’s order, calling for the complete end of segregation in the U.S. Armed Forces.

These orders signaled to many Black Americans that the Jim Crow establishment was vulnerable to collective action. By 1955, the year of the Montgomery Bus Boycott, Civil Rights activists didn’t have to wonder if change through collective action was possible. They’d seen it happen in recent memory.

Hope takes cues from current events and serves as the basis for action. It's not found by burying one's head in the sand. It comes to people who are paying attention to what's going on in the world.

Stories like this suggest that hope isn’t just some mysterious, innate quality or emotion. Hope takes cues from current events and serves as the basis for action. It’s not found by burying one’s head in the sand. It comes to people who are paying attention to what’s going on in the world.

There’s a snag here. The news media is notoriously negative. If we’re watching major news outlets for cues that the status quo is vulnerable, we may never get them.

I’ve had to look for alternative media sources and curate the media I consume. I follow independent digital publications that report on social movements and freedom struggles around the world, like the Center for Applied Nonviolent Action and Strategies (CANVAS) and Waging Nonviolence.

Now at dinner parties, I’m the nerd who’s weirdly attuned to the fact that democracies have been backsliding around the globe for years—but also energized by the creative protests happening in some country you may not have heard of.

It may make me a little annoying, but looking for hope in this way—namely, by tracking freedom struggles—is a huge part of what keeps me going.

Knowledge of history is another essential ingredient in hope, because the past often illustrates what is possible for us in the present. The U.S. Civil Rights Movement was inspired in part by decolonization struggles happening around the world at the time.

The nonviolent movement that ousted Serbian dictator Slobodan Milošević looked back on the U.S. Civil Rights struggle for encouragement.

When we remember the stories of people power overcoming oppression in the past, it serves as the grounds for hope that it can happen again.

When we remember the stories of people power overcoming oppression in the past, it serves as the grounds for hope that it can happen again.

For this reason, I define hope not as a feeling but as a conviction, based on the knowledge of all the ordinary people who have won against injustice before.

History and data have convinced me that change, from the bottom up, is possible. I’m hopeful because I believe history is a story we’re writing together, not something happening to us—which means we all get a say in how the story ends.

This conviction that we can win isn’t static. It’s a flame that must be fed and tended. We tend our hope by setting boundaries about how we consume news content that makes us feel despair.

For instance, I made a decision in 2017 that I would no longer watch the video footage of a police killing—I know many others who did the same. Keeping that commitment has definitely made the way I pay attention to racial injustice more manageable.

There are many practical ways we can feed our hope. We surround ourselves with people who share our values, whose presence throws fuel on our fire. We honor our need to take breaks. We keep in mind that the completion of the struggle doesn’t rest on the power of one individual—me or you—but on the collective.

Here’s what my hope regimen looks like. When I’m really disciplined, my laptop stays in another room while I sleep, and my cellphone doesn’t rest next to my head during the night. I do this so that I’m not confronted with bad news first thing in the morning.

When I wake up, I put on some music because it brings me joy, have a glass of water with lime, eat a small breakfast, and do a little cleaning. Then I sit down to read from whatever book about hope I have at the time (and I make sure I always have a book about hope).

When I’m done reading, I add lines that resonated with me to a list of “Hope Notes” I keep. I meditate for a few minutes, do a little exercise, then shower.

Once I’ve dressed for the day, I’m now available to engage the news cycle and whatever is trending on social media—not a moment before.

My early days as a racial justice advocate were fueled almost entirely by anger, outrage, and obligation. I thought I was supposed to be serious and full of grief all the time, to match the seriousness of the problem we’re fighting. But engaging the work through grief alone left me paralyzed with despair.

The best freedom fighters understand that people need something to believe in. Yelling “Where is your outrage?” doesn’t work nearly as well as presenting a frustrated, persecuted people a compelling vision of what the world could be like if they’ll organize themselves for sustained resistance.

For these reasons, I can’t stress enough how important it is that the movement for Black freedom take hope seriously.

We must become masters at cultivating it, because without hope, there will be no revolution.

This piece was excerpted from Andre Henry's new book, All the White Friends I Couldn't Keep: Hope — And Hard Pills to Swallow —About Fighting for Black Lives.

You can purchase and read the book via Bookshop, Amazon, Libro.fm, or wherever you buy books.

Copyright © 2022 by Andre Henry. All rights reserved. No part of this excerpt may be reproduced or reprinted without permission in writing from the publisher.

Some of the links in this article may be affiliate links, which means that, for example, if you purchase a book via one of these links, Good Good Good may receive a commission at no extra cost to you. Thank you for supporting our ability to continue sharing good news!

Hope takes cues from current events and serves as the basis for action. 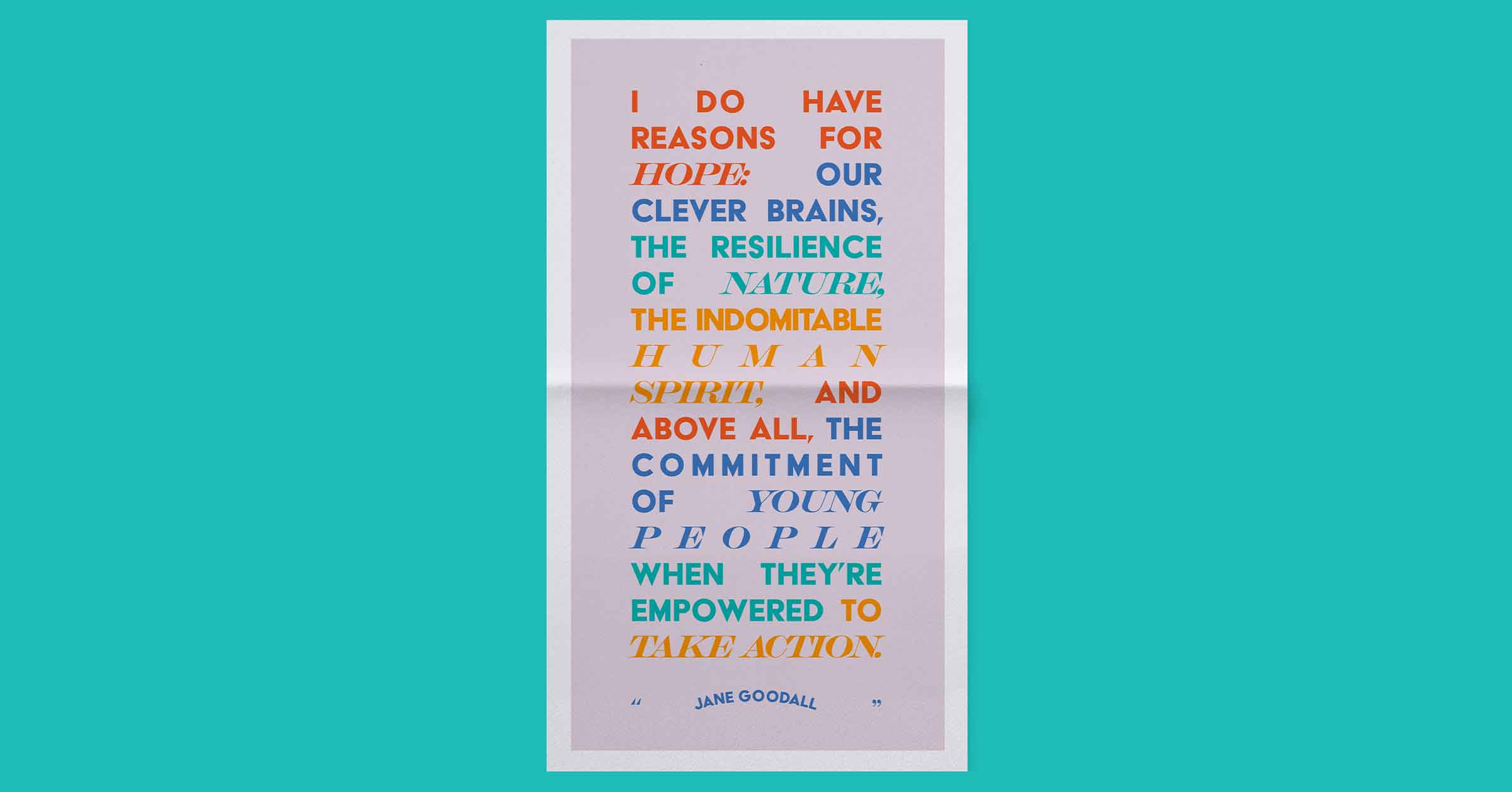 47 Best Quotes About Optimism — From Optimists

There's an interesting nuance to be found in the difference between hope and optimism. Read these quotes to learn more and get inspired 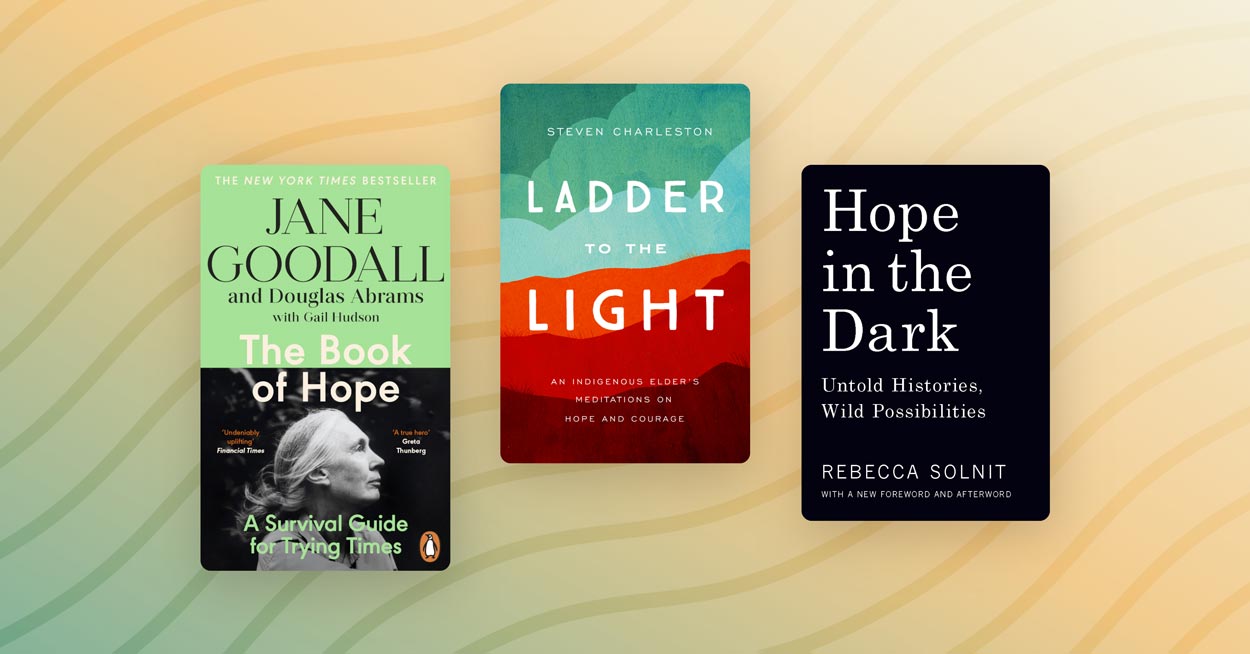 Hope has fueled movements, allowed us to seek solutions, and inspires us to keep moving forward. We’ve rounded up the best books to help you feel hopeful.