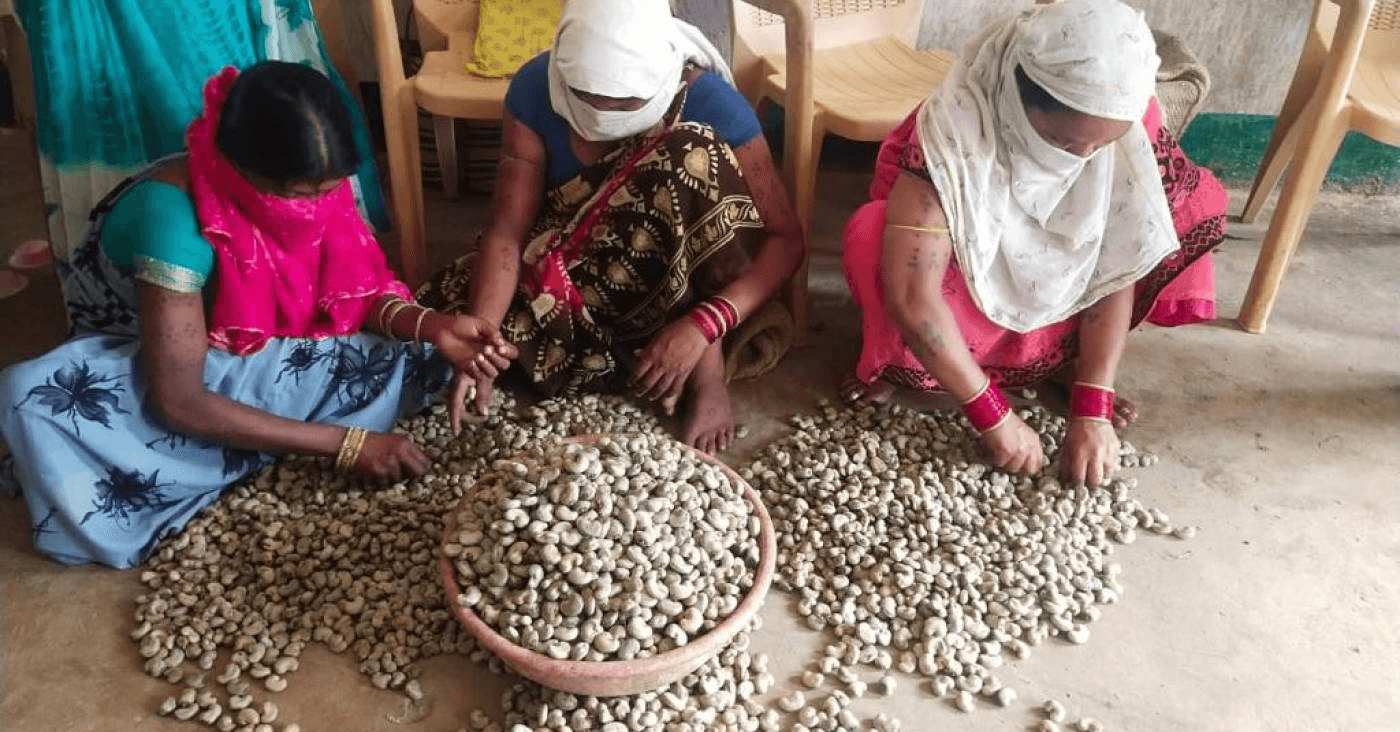 The mineral rich Indian state of Chhattisgarh is moving away from mining, and giving fair prices for forest produce and creating more jobs.

CHENNAI, India, Aug 9 (Thomson Reuters Foundation) - In the forests of Bastar in eastern India, indigenous women have been busy plucking the tan-colored fruits of the tamarind tree - a tangy staple of Indian cooking that earned them rare profits this year thanks to a bumper harvest.

For decades, mining has eaten into the forests of mineral-rich Chhattisgarh. But as the state moves away from opening coal mines, authorities have introduced measures to boost output of forest goods - from tamarind to cashew nuts and medicinal seeds.

"The setting of a minimum price has meant that middlemen and traders have to pay a fair price. Family incomes have gone up," said Sushma Netam, who oversees implementation of the state program aimed at promoting "tribal entrepreneurship".

Netam said production had soared since the state launched its "just transition" plan, a green economy strategy set up to cushion the impact of the shift away from coal.

"We have more than 200 village groups in the region now, 49 haat (local market) groups and 10 processing centers," she said.

While India pushes to expand coal mining to meet its energy needs, Chhattisgarh Chief Minister Bhupesh Baghel announced the state would move away from opening new coal mines in 2019 to help reduce emissions and protect forests.

Chhattisgarh has India's second-largest coal reserves and significant deposits of iron ore, limestone and bauxite, but it remains one of the nation's poorest states, with more than 40% of its population living below the poverty line.

Under the "Van Dhan" plan, the state raised the procurement price of 52 forest products in 2019 and bought 73% of all produce gathered in the state last year.

"Mining has been key to the economy and continues under strict norms. But our priority is now the forest," Manoj Kumar Pingua, state principal secretary for forests and industries, told the Thomson Reuters Foundation.

"We are willing to forgo millions of rupees generated from mining to protect and improve the livelihoods of forest gatherers. In mining a few make money, but in the green economy, the profit goes directly into the hands of the people."

Chhattisgarh, which has 44% of its territory covered by forest, is now looking to build an organized industry around non-timber forest products, which it says would benefit about 1.7 million families working as gatherers.

The deforestation of land for mining has greatly impacted the livelihoods of indigenous communities, who earn up to 40% of their income from forest goods.

Revathi Bagel, 21, works at a recently revived cashew plant in Bakawand village where she and other local women prepare the nuts for dispatch to markets across the country. Previously, she traveled hundreds of miles to work as a seasonal laborer.

"I walk to work and get paid 8,000 Indian rupees ($108) a month. It's so much better than going to (the western state of) Gujarat to repay an advance and toil on someone else's fields," she said by phone, as piles of cashews were unloaded.

Forest produce is traditionally gathered primarily by women, who sell it at village markets and use the income to buy essentials, but a vast network of middlemen has limited the benefits for forest communities.

"If you look at mahua, people gather and sell it in May to local traders because they can't store it," she said, referring to the flowers of the Madhuca longifolia tree, which have numerous medicinal uses and are brewed to make a festive spirit.

"Two months later they buy it back at a higher price to use in their festivities. If the Van Dhan scheme is strictly monitored, this situation will change."

But despite such optimism about the program's potential, patchy implementation and banking issues have limited its impact so far, said Rajim Ketwas, coordinator of the Dalit Adivasi Manch, a collective working on indigenous rights.

"Delays in payments or digital transfers are still a hurdle. The families want cash-in-hand and waiting to be paid for hard work will not be acceptable," she said.

Deep in the forest in the state's Baloda Bazar district, village resident Kaushalya Chauhan said by phone her community's payment for chironjee seeds - used medicinally - had been delayed.

Pingua acknowledged such glitches and said state authorities were working with the banking industry to ensure women in local markets could access digital payments.

Netam, the forest officer, said her greatest accomplishment so far had been to ensure the 3,741 tonnes of tamarind collected in Bastar over the last eight months were de-seeded and processed in record time.

It was the district's biggest-ever tamarind harvest.

"It just made me so happy that the work got done and the women got paid," she said.

Originally published on August 9th, 2021. Reporting by Anuradha Nagaraj @AnuraNagaraj; Editing by Megan Rowling and Helen Popper. This story was published with permission from the Thomson Reuters Foundation, the charitable arm of Thomson Reuters, that covers the lives of people around the world who struggle to live freely or fairly. Visit news.trust.org

The setting of a minimum price has meant traders have to pay a fair price.