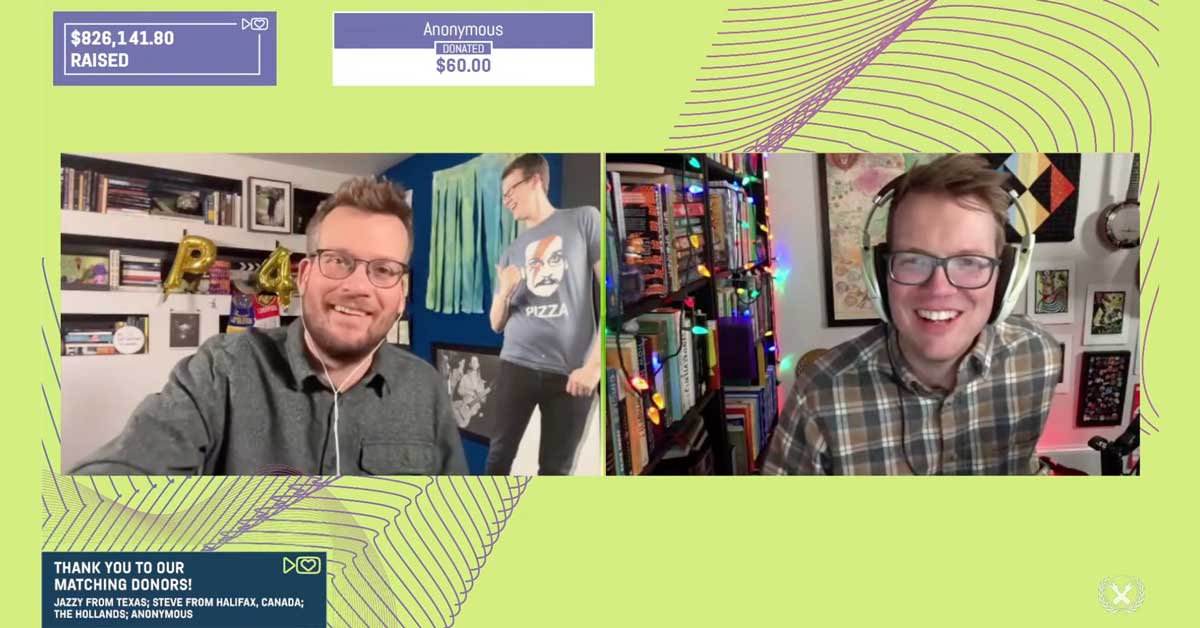 In just two days, the Project for Awesome raised over $3 million for charity — breaking the record for all of the group's previous fundraising events.

Thousands of community members from around the world watched the 48-hour event, contributed donations, and voted on nonprofits to support. The funds collected will be distributed between various charities selected by supporters.

The 2022 Project for Awesome shattered all previous fundraising records

The 2022 Project for Awesome, an annual 48-hour charity livestream hosted by Hank and John Green, took place from February 25-27th.

Known by viewers as the P4A, the Project for Awesome encourages members of the Nerdfighteria fan community to not only donate but also to advocate for charitable causes.

In its 15th year, the 2022 P4A shattered its own records by raising over $3.2 million for The Foundation to Decrease World Suck with the goal of decreasing the amount of suffering in the world.

“It is wild to be fifteen years into this and to see so many still donating,” said John Green 36 hours into the livestream. “To see that there’s a real chance that this will be the biggest project for awesome ever in terms of money donated to charity is pretty mindblowing.”

That chance proved to be a reality as the livestream progressed, blowing past the $1 million mark within the first hour.

Viewers’ enthusiasm only grew over the next 48 hours as they gave money in exchange for “perks” like artwork, digital content, P4A swag, and more. By the time the stream reached its halfway point, the total amount raised had surpassed $2 million.

P4A supporters made a significant impact during an especially challenging week

The Project for Awesome splits funds raised into two pools. During the first 24 hours of the stream, money raised is distributed between Partners in Health and Save the Children.

Money collected during the second half of the livestream is divided among charities submitted by and voted for by members of the community.

The 2022 P4A occurred during a time when much of the world’s breaking news reflected tragedy and terror. News headlines covered Russia actively invading Ukraine, anti-LGBTQ+ legislation introduced in Florida and Texas, and the devastating loss of Paul Farmer, the inspiring co-founder of Partners in Health.

While the livestream served as a welcome break from doomscrolling for many viewers, Hank and John did not shy away from the gravity of the moment, either.

“A lot of us feel very helpless in the face of the suffering that is happening in Ukraine and from ongoing inequity in lots of different areas,” remarked John Green. “This is such a reminder that we choose the world we live in. We choose the human story.”

“It’s true that history is something that happens to people, but history is also something that people make. Historial forces are often much larger than any group of people, and groups of people are themselves historical forces,” he said of the community’s support for the P4A.

“There are no problems that aren’t connected to the other problems,” said Hank Green in his most recent  YouTube video. “Ultimately, there is one thing that we’re all trying to do. It’s to make the world better. As long as the thing you’re working on makes the world better, you are doing the thing we are trying to do.”

Both Hank and John also highlighted the fact that Save the Children, which will receive over $1 million from the P4A, is actively involved in humanitarian work in Ukraine.

This year’s P4A also hit close to home for many members of Nerdfighteria with connections to Partners in Health. The Green brothers and their community have worked with PIH on a number of projects, including their current work to improve the healthcare system in Sierra Leone which is on track to raise over $25 million.

Last week, PIH’s co-founder, Dr. Paul Farmer, passed away unexpectedly. The over $1 million that will be donated to Partners in Health from the 2022 P4A serves to honor his legacy of advancing equity in healthcare.

Even in the midst of these tragedies, the team behind the P4A kept the mission of the project at the forefront of the weekend.

“The slogan of P4A, which is to Decrease World Suck, is super easy right now,” said Phil Plait, an astronomer and one of the livestream’s guests.

He went on to describe how, if there were very few problems in the world, it would be challenging for each of us to find a way to make a difference. But “because the world is so sucky right now”, we all have the opportunity to help.

Closing his segment with hope and a call to action, Plait said, “Point yourself in a direction and go, ‘I wanna fix that.’ It’s easy to do something to make the world better.”

In addition to raising money, viewers tuned into the livestream for chaotic, nerdy fun. Fan-favorite moments of this year’s stream included John dying his hair purple and his mustache pink, Hank utilizing a banana corer to fill a corndog with baked beans, and the emergence of “Crank Green,” the unofficial P4A mascot inspired by Hank’s crab impression.

Viewers also celebrated moments of connection between one another. Two Nerdfighters, Ellen and Cambria, utilized the chat “missed connections” style to meet in person after one spotted the other watching the stream on a bus.

Another viewer proposed to their significant other via messages written on plastic dinosaurs during the livestream.

As the livestream moved into its final hours, viewers weren’t ready to slow down their donations. The final hour of the livestream alone raised $200,000 as the community raced the clock to meet the goal of $3 million in donations.

In a storm of confetti, Hank and John celebrated the end of the largest Project for Awesome yet.

“I’m also thankful for the distraction and for the feeling of solidarity and commiseration and shared joy that is hard to get right now,” said an emotional John on Sunday morning.

The 2022 Project for Awesome fundraiser remains open until 12 pm EST on Tuesday, March 1.

Supporters can donate at projectforawesome.com/donate. 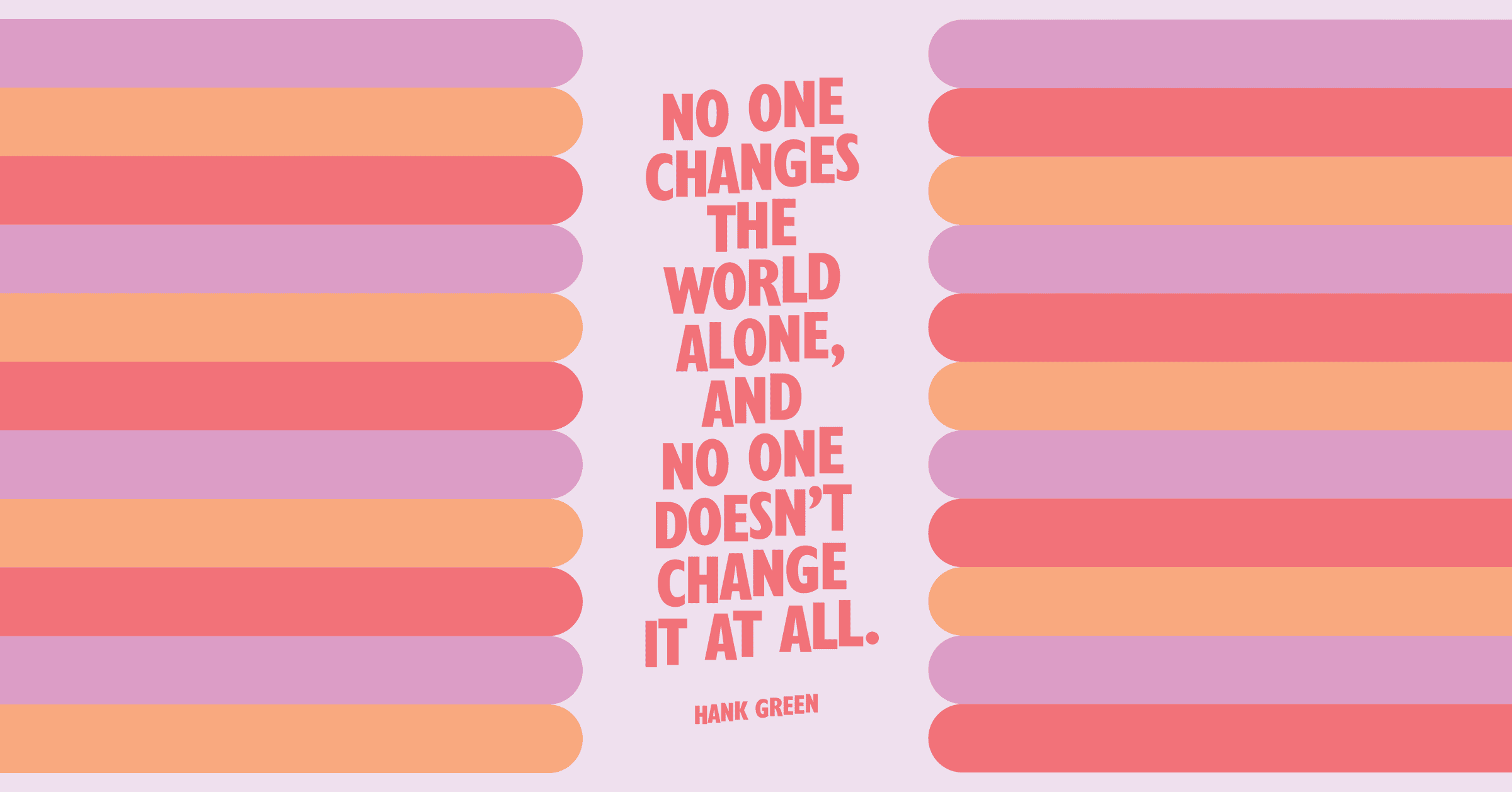