37 Best Quotes About Public Health For a Better World 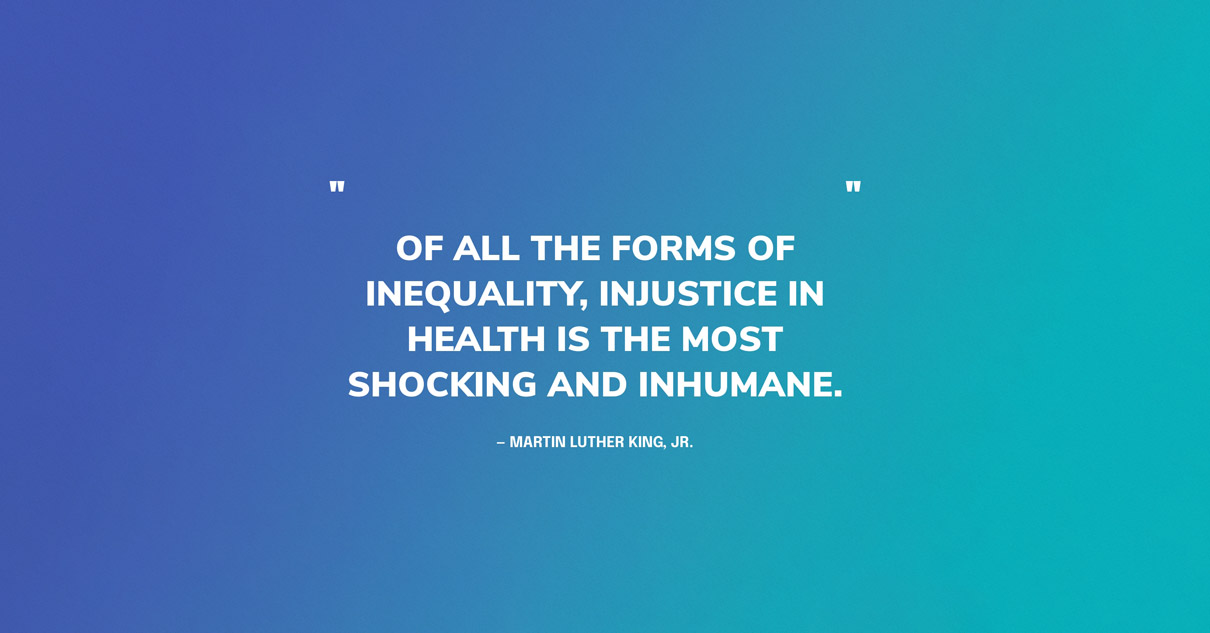 Over the last several decades — and certainly over the last few years — the world has come to understand the profound importance of public health.

Whether you're a health care professional, a student, an activist, or a concerned community member, may these quotes about public health support you in your fight for equitable health care for all:

“Of all the forms of inequality, injustice in health is the most shocking and inhumane.”
— Martin Luther King, Jr.

“Public health is a powerful tool to level that playing field, to bend the arc of our country away from distrust and disparities and back towards equity and justice.”
— Leana S. Wen

“Communities and countries and ultimately the world are only as strong as the health of their women.”
— Michelle Obama

“We've taken on the major health problems of the poorest — tuberculosis, maternal mortality, AIDS, malaria — in four countries. We've scored some victories in the sense that we've cured or treated thousands and changed the discourse about what is possible.”
— Paul Farmer

“Public health depends on winning over hearts and minds. It's not enough to just have a good policy, you have to convince people to actually follow it.”
— Leana S. Wen

“Where you live should not determine whether you live, or whether you die.”
— Bono, lead singer of U2 and founder of (RED) and ONE

“The way we work in public health is, we make the best recommendations and decisions based on the best available data.”
— Tom Frieden

“There is an enormous difference between seeing people as the victims of innate shortcomings and seeing them as the victims of structural violence. Indeed, it is likely that the struggle for rights is undermined whenever the history of unequal chances, and of oppression, is erased or distorted.”
— Paul Farmer

“If we start treating addiction as a public health issue, with more compassion, and without the criminal element, our society will be better off and violence and public safety will improve as a result. We'll also be taking a big step in taking down the prison-industrial complex that disproportionately harms communities of color.”
— John Fetterman

“We can start with housing, the sturdiest of footholds for economic mobility. A national affordable housing program would be an anti-poverty effort, human capital investment, community improvement plan, and public health initiative all rolled into one.”
— Matthew Desmond

“Why treat people and send them back to the conditions that made them sick?”
— Michael Marmot

“But if you're asking my opinion, I would argue that a social justice approach should be central to medicine and utilized to be central to public health. This could be very simple: the well should take care of the sick.”
— Paul Farmer

“Solving our region’s biggest health challenges can only be achieved by innovative African-led solutions, which combine global and local frameworks.”
— Ritgak Tilley-Gyado

“The unhoused crisis in our country is a public health emergency, and a moral and policy failure at every level of our government.”
— Cori Bush

“It is time that we take control and find a way to curtail the explosive costs of health care. Small businesses deserve a chance to channel these funds toward other needs, such as expanding and creating more jobs for the economy.”
— Christopher Bond

“The essence of global health equity is the idea that something so precious as health might be viewed as a right.”
— Paul Farmer

“Imagine the world's most beautiful hospital — full of magnificently trained staff and plentiful supplies. Now imagine that certain people — mostly the poor and vulnerable — are unable to access this hospital. I would argue this gleaming and perfect hospital is not a good hospital. Quality of care means very little without availability of care, which is why the U.S. has so many beautiful hospitals and such terrible healthcare outcomes.”
— John Green

“When elected officials abandon our environment and ruin our natural resources, public health is endangered. I know the importance of providing a clean environment for our children; I have attended more than one funeral for a child who has died from an asthma attack.”
— Gwen Moore

“This is not a partisan debate; it is a human one. Clean air and water, and a livable climate are inalienable human rights. And solving this crisis is not a question of politics. It is our moral obligation.”
— Leonardo DiCaprio

“In addressing climate change by reducing emissions, we are preventing the worsening of health conditions around the world, and… by improving so many different conditions that can be improved through climate measures — such as improving food and water, food security and water safety — we are actually improving health conditions.”
— Christiana Figueres

“Climate change is intrinsically linked to public health, food and water security, migration, peace, and security. It is a moral issue. It is an issue of social justice, human rights and fundamental ethics. We have a profound responsibility to the fragile web of life on this Earth, and to this generation and those that will follow.”
— Ban Ki-moon

“This isn’t one of those rare diseases that we don’t have the solution for. We know how to fix hunger.”
— Josette Sheeran

“I have the audacity to believe that peoples everywhere can have three meals a day for their bodies, education and culture for their minds, and dignity, equality and freedom for their spirits.”
— Martin Luther King Jr.

“There is considerable merit to the notion of treating gun violence as a public health matter.”
— Peter Bergen

“Pioneering spirit should continue, not to conquer the planet or space… but rather to improve the quality of life.”
— Bertrand Piccard

“If compassion is so good for us, why don’t we train our health care providers in compassion so that they can do what they’re supposed to do, which is to transform suffering?”
— Joan Halifax

“You can resurrect an economy, but you can’t resurrect a person.”
— Dr. Orrett Thane

“The obligation of the government to protect the public health, safety, morals, and general welfare.”
— Allan Wolf

“To end preventable child deaths from malnutrition, we need a targeted approach focused on the world’s food and health systems working together.”
— Blythe Thomas

“Why should there be hunger and deprivation in any land, in any city, at any table, when man has the resources and the scientific know-how to provide all mankind with the basic necessities of life? There is no deficit in human resources. The deficit is in human will.”
‍— Martin Luther King Jr.

A more just and equitable approach to health is possible 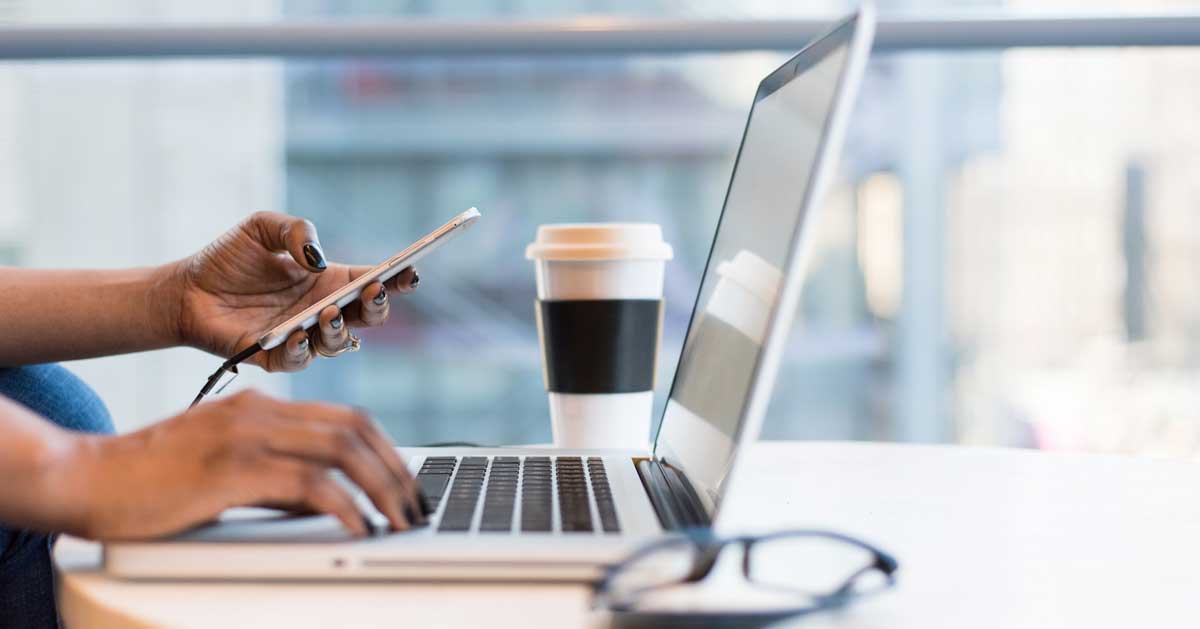