23 Bad News Quotes (Even Though We Hate Bad News) 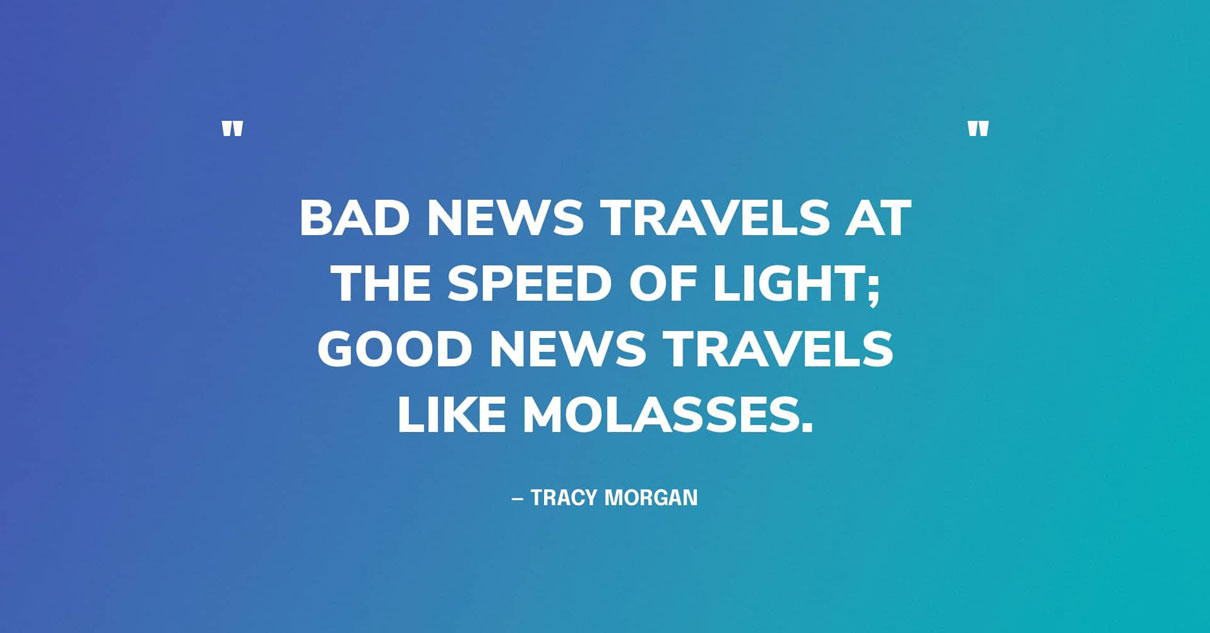 Let’s be totally honest — you maybe shouldn’t trust us as the best source for bad news quotes.

We hate bad news. With a passion.

Even though we’re not the leading experts on bad things in the world, we think it’s more fun — and a lot better for humanity — to be experts on all things good.

Every day we share good news stories from around the world, every weekday we share a roundup of the best positive news worth knowing about, and we even make a real-life print newspaper filled with good news. (Yes, you can subscribe today.)

But like all things, we’ve found that balance and nuance bring us a lot closer to sniffing out good solutions, creating meaningful dialogues, and embracing hope.

You can absolutely trust us on anything related to good news. Whether you trust us as the best source for quotes on bad news is up to you.

“The brains of humans contain a mechanism that is designed to give priority to bad news.”
— Daniel Kahneman

“A lot of times good news happens slowly and bad news happens all at once. And so we tend to focus on the bad news that’s crashing over us in waves, and not on the slow long-term work that people are doing together to try to make a better world for us to share.”
— John Green, in conversation with Steve Levitt on People I (Mostly) Admire

“Headlines, in a way, are what mislead you because bad news is a headline, and gradual improvement is not.”
— Bill Gates

“The news media are, for the most part, the bringers of bad news... and it's not entirely the media's fault, bad news gets higher ratings and sells more papers than good news.”
— Peter McWilliams

(The good news is, you can change that... by supporting Good Good Good and subscribing to the Goodnewspaper)

“I'd rather get bad news from an honest man than lies from a flatterer.”
— Ursula K. Le Guin

“Sometimes, I think my most important job as a CEO is to listen for bad news. If you don't act on it, your people will eventually stop bringing bad news to your attention and that is the beginning of the end.”
— Bill Gates

“More information is always better than less. When people know the reason things are happening, even if it's bad news, they can adjust their expectations and react accordingly. Keeping people in the dark only serves to stir negative emotions.”
— Simon Sinek

“Better to have bad news that's true than good news we made up.”
— Eric Ries

“Nothing travels faster than the speed of light with the possible exception of bad news, which obeys its own special laws.”
— Douglas Adams

“Bad news sells because the amygdala is always looking for something to fear.”
— Peter Diamandis

“When bad news is riding high and despair in fashion, when loud mouths and corruption seem to own center stage, when some keep crying that the country is going to the dogs, remember it’s always been going to the dogs in the eyes of some, and that 90 percent, or more, of the people are good people, generous-hearted, law-abiding, good citizens who get to work on time, do a good job, love their country, pay their taxes, care about their neighbors, care about their children’s education, and believe, rightly, as you do, in the ideals upon which our way of life is founded.”
— David McCullough, The American Spirit: Who We Are and What We Stand For

“Bad news is bad news because it drops your willingness to carry on.”
— Meir Ezra

“Don't let the bearers of bad news become the pallbearers of your happiness.”
— Stewart Stafford

“Never awake me when you have good news to announce, because with good news nothing presses; but when you have bad news, arouse me immediately, for then there is not an instant to be lost.”
— Napoleon Bonaparte

“If news is not really news unless it is bad news, it may be difficult to claim we are an informed nation.”
— Norman Cousins 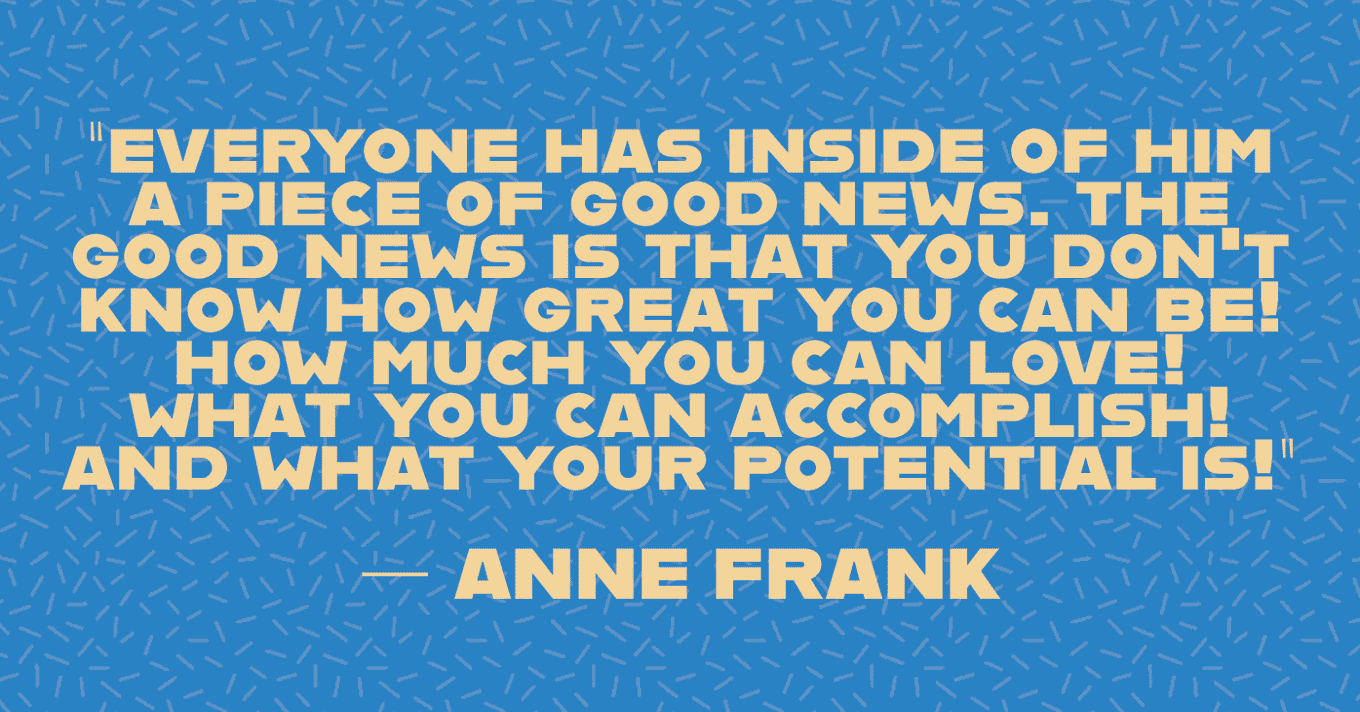 These quotes about good news remind us of the importance and power of good news. And they might even remind us that, in addition to celebrating good news, each of us has the power to become good news.