Devin Allen Is Charting a Creative Path for Kids in Baltimore 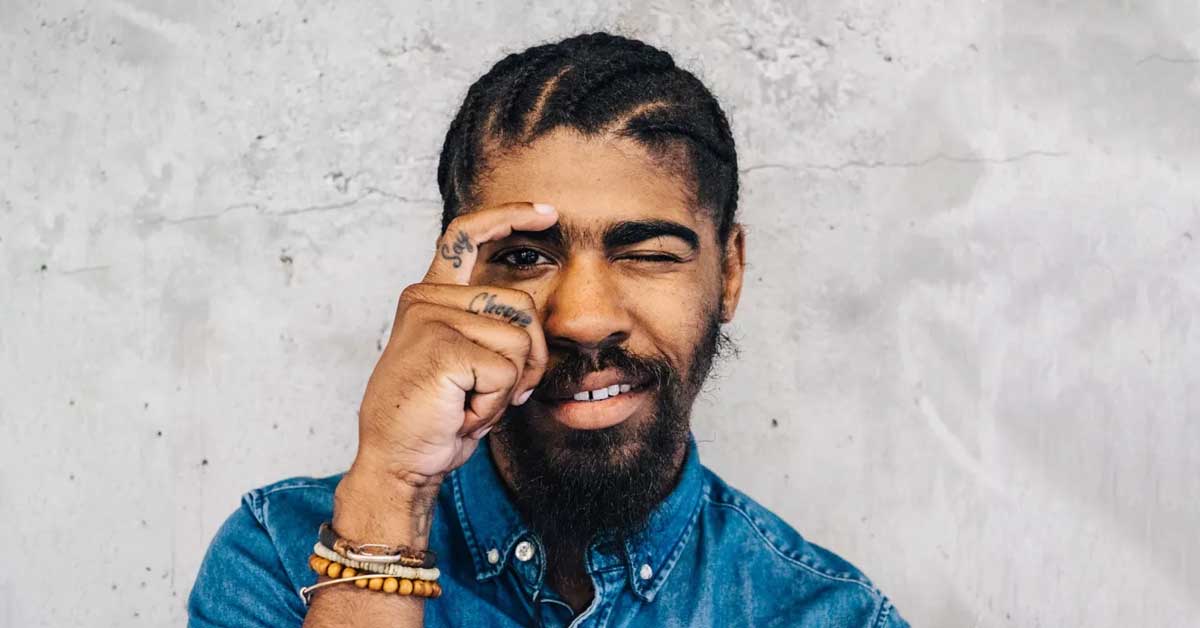 In 2015, Devin Allen made history by being one of the few amateur photographers to make the cover of TIME Magazine.

Now, he’s trying to change the future for others.‍

If you’ve seen the shot, you remember it.
If you haven’t, it’s almost impossible to fully describe.

A Black man in Baltimore, running from what looks like an army of police officers. They’re after him, row after row of them, decked out in riot gear. Their masks give them an inhuman, almost robotic appearance — like something from Mad Max.

The Black man has a mask too, a bandana cinched around his face. He’s got a white ball cap, and a pair of slim trousers. His gait appears urgent but not strained. Not the run of retreat, but of regroup — putting a little distance between him and the police.

The image is in black and white, and so is the general sense of the shot. A Black man and whiteness.

The shot was taken in 2015, during the Baltimore protests spurred by the killing of the unarmed and innocent Freddie Gray by police officers who were subsequently acquitted of any wrongdoing.

The shot was taken by Devin Allen.

“It felt like I was in a movie,” Allen said in an interview with Branden Harvey on Sounds Good. “This wasn’t the first time I’d [photographed] a protest; I marched for Mike Brown, I marched for Palestine. But this hit home with a lot of people, because, you know I’m Freddie Gray. I could have easily been Freddy Gray. I’ve had my run-ins with the police. So just watching it, and watching the youth react, they inspired me to come out every day and take pictures.”

The TIME cover got all the attention, but the interior of the magazine shows even more of Allen’s unique eye. There’s a naturalism to the shots.

If all you know about the Baltimore protests is what you saw on television, with overturned police cars and broken storefront windows, you’d hardly know these pictures were taken in the same environment.

Protestors are captured in all the broad spectrum of humanity. There’s a woman weeping silently, her mascara streaming down her face. A young man holds a baby, his look one of muted exasperation. A man and a woman stare into the camera with calm defiance while young children around them raise their fists towards the sky, grinning. Perched on the man’s shoulders is a child — scarcely old enough to walk — flashing a peace sign.

It’s all deeply affecting, and it gets at the sort of things Allen wants to convey with his work.

“When it first started everyone was calling me an activist or a journalist,” Allen says.

“It feels good to have people believe in you! Activist is a big name and at first I was like, ‘Am I an activist?’ I don’t know. I consider myself a dialogue creator. I’m good at creating conversations. My images are meant to create a conversation. My job isn’t to take a picture and tell you what’s going on in the picture. I let you look at the picture and you come to your own conclusion based on the energy that’s transferred from you viewing my work. My heart goes into my work. I don’t want to say, ‘Look, this guy’s destroying a police car and that’s evil.’ I want to create awkward moments.”

Allen got into photography by necessity. He and a friend hosted a regular “poetry night”, and invited people from their community to show up. (It cost guys ten dollars to get in. It cost girls five dollars.)

The events were a success, and Allen wanted to document them, so he started taking pictures with an old camera. He took to it and, eventually, scrounged together the money to buy a nicer camera and started getting more ambitious with his art.

Allen speaks in measured tones, pushing the conversation to deeper, more interesting realms. He did not personally know Freddie Gray, but they shared mutual friends.

He’s a spiritual person, he says, and talks a lot about how his artwork creates energy between it and the viewer. He rarely says the word “Baltimore” instead preferring to call it “my city.”

“My city is different,” he explains. “It’s a very real and authentic city. There are two different sides to my city. Everyone knows all the pretty sights on the water but there’s a totally different side to my city that people don’t know anything about. A lot of people don’t know that my city is the heroin capital of the United States. My city’s not that big, but there’s 300 murders a year. A lot of schools get shut down and they jam two or three schools into one school. There’s a lot of charter schools. There’s been funding cut. Growing up here is tough.”

And that’s something Allen feels got ignored in the media narrative surrounding what happened in Baltimore. People weighed in on what was happening in his city who didn’t understand his city. That’s why he started documenting the protests — in an attempt to tell the real story before it got co-opted by people who didn’t have a real understanding of it.

When TIME Magazine reached out to Allen, he thought it was too good to be true. They informed him they might even make one of his photos the cover, but warned him against getting his hopes up, so he didn’t. He didn’t know they’d selected his shot for the cover until he saw it on social media.

“I remember getting on Twitter and seeing all these notifications,” he recounts. “And I scrolled to the bottom and it said ‘Amateur photographer lands the cover of TIME Magazine.’ I just bust out crying. I called my mother and she just dropped the phone. My whole family was crying. I’m the first Black photographer to do some of the things I’ve done.”

Allen’s deeply interested in the authenticity of his work and has to resist the temptation to edit the perspective for the sake of pushing a certain narrative.

“There are instances where I can become selfish and only think about my community while taking these pictures,” he says. “That was the most difficult thing for me. How can I tell this story in its raw form and not try to hide certain things, even if it’s negative? Or even if there are certain things that are positive but I don’t necessarily agree with. I had to clear my mind and just be a vessel for the movement. It was a struggle. It took a toll on me, the things I had to show. I didn’t want to show my people, my generation, my little brothers, stomping police cars. I don’t want to show that. But I had to. Because that’s the story. That’s what happened.”

Too often, Allen says, the real story gets hijacked by people or companies with agendas, or else, a lack of firsthand knowledge.

“It’s very difficult because, at the end of the day, my people — since we’ve been here — our stories have always been told by other people. It’s rare that we have the platform to tell our own stories without them being filtered.”

Allen’s fastidious about following this rule, and he’s strict about the kinds of stories he wants to tell. He only shoots things with which he feels kinship, no matter how much he might care about the issue at hand.

“At the end of the day, I’d never just walk into Chicago and just start documenting, even though I know the struggle and I’m a Black man,” he says. “But this story I knew I could tell. I’m not a photojournalist. My heart will always conflict with my work. The pictures come out better if I love, and I love my city.”

Providing cameras and mentorship to youth in Baltimore

His love for his city is taking on real, tangible work too. Allen started a GoFundMe to provide cameras for the youth in his community. Utilizing hefty donations from the likes of Samsung and Def Jam co-founder Russell Simmons, Allen has been staging art shows with pieces created by Baltimore area kids.

“My biggest accomplishment has been putting cameras into the community.

People donate cameras to me, and I just hand them out to kids.”

“My biggest accomplishment has been putting cameras into the community. I ran out of funding a long time ago, because I don’t know anything about funding a program. But I have a lot of support from my Instagram and Twitter followers. People donate cameras to me, and I just hand them out to kids.”

This has earned him the nickname “the Cameraman” in his community, and Allen speaks of his work with obvious pride.

He tells stories of handing out cameras to kids as young as six-years-old, only to come upon them in the streets months later, snapping photos of the world around them. Is it changing lives? Only time will tell, but Allen knows this much: it’s changed his.

Allen takes all this seriously. His huge success in photography has provided opportunities to travel as a journalist, even getting the opportunity to travel to Asia with NBA MVP Steph Curry on assignment with Under Armour, but he’s eschewed all that to stay in Baltimore and focus on the community he grew up in.

He talks about how his work with kids in his area needs to go beyond simple involvement, but to real investment. “I want my stuff to be grassroot, raw essence,” he says. “It’s not about just working with them, but transferring my energy to them. Making moments. They will remember you for the rest of your life.”

There are a lot of challenges when it comes to starting a program, and Allen’s upfront about how difficult it’s been.

Beyond the simple logistical challenges of funding, there are the emotional challenges. Baltimore kids face a lot of difficult issues, and Allen has had to learn how to help his students overcome their obstacles.

School lunch is one thing, but many of the kids in Allen’s programs also come from neighborhoods suffering from drugs and gang violence.

These challenges loom large, but Allen is uniquely equipped to help his students navigate them. After all, he grew up in the same environment.

“I’m just there to give them love.”

A version of this article was originally published in Issue 01 of the Goodnewspaper in 2018. 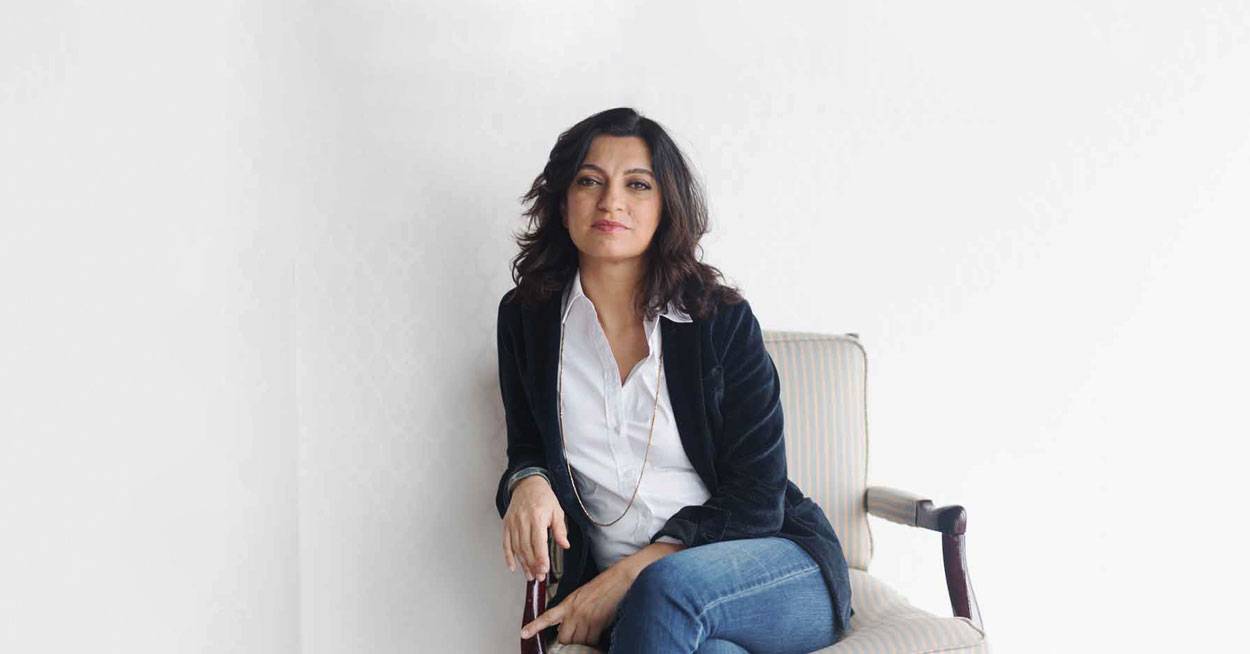 Mahmoudi’s success with organizing for Iran and her heart for her home country led her to transition away from environmental activism to create United for Iran, an independent nonprofit focused civil liberties in Iran. 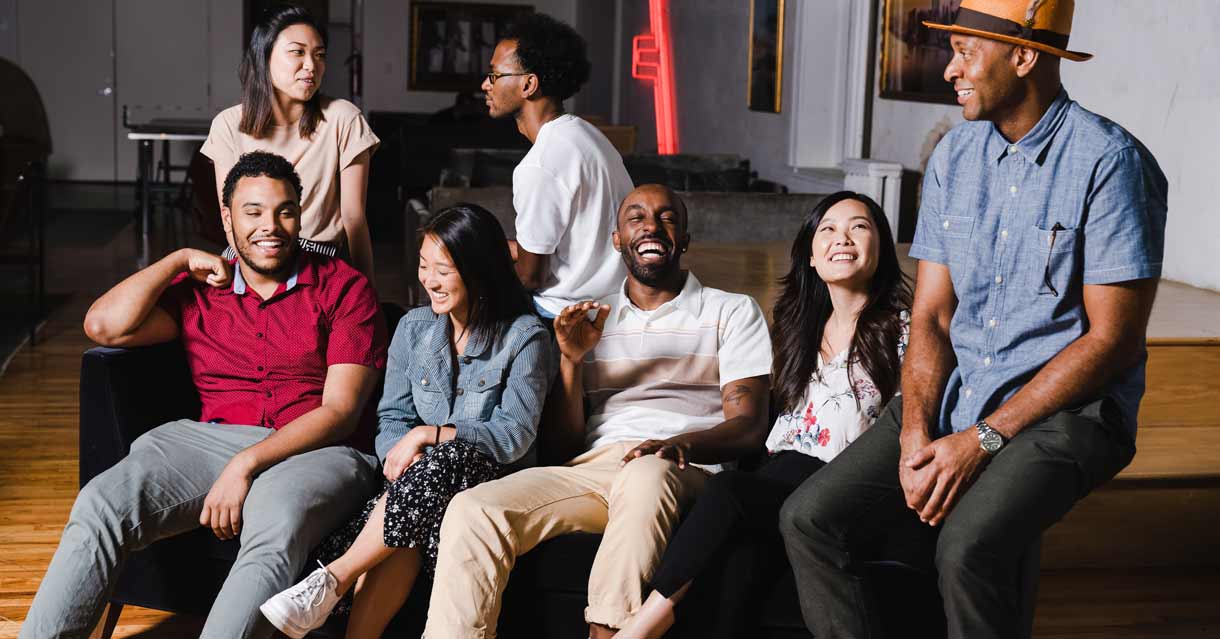 13 Sites to Find Diverse Stock Photos & Why It Matters