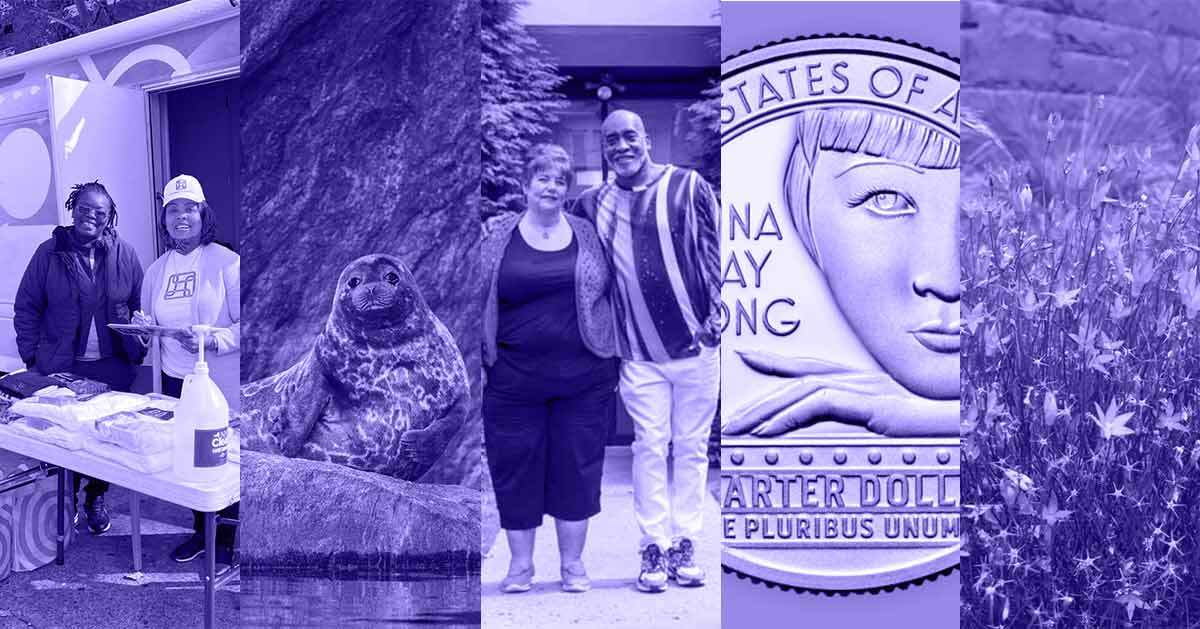 For people experiencing homelessness in the Flatbush neighborhood of Brooklyn, a Brooklyn Community Services mobile care unit shower bus has been bringing equitable access to a hot shower and other resources.

Advocates in the area say some people are wary of shelters, another place where they can access resources like a shower — and the mobile shower bus helps fill that gap.

According to a new report from the Chicago Department of Health, the number of Chicago residents with new HIV and AIDS diagnoses in 2020 was at the lowest level in four decades.

The report also found that 85% of people with new HIV diagnoses in Chicago were connected to medical care within one month, meeting the National HIV/AIDS Strategy goal. And in an improvement over the previous year, 95% of newly diagnosed individuals were connected to care within 12 months.

This positive progress in Chicago is aligned with decreasing HIV/AIDS death worldwide, thanks to advocacy, better treatment plans, earlier diagnoses, and more.

Thanks to added protections, a record number of endangered ringed seal pups were born this year in Finland

Between 2012 and 2017, an average of seven Saimaa ringed seals died in fishing nets. The species is one of the rarest in the world, and seeing its population dwindle, organizations worked to secure stronger protections for them to both replenish and protect the seals.

They were successful, and thanks to tighter restrictions on net fishing in the Saimaa lake region, their numbers have grown by an average 5.6 percent every year between 2015 and 2020.

This year, a record 92 seal pups were born— beating last year’s record of 90 pups. It’s so encouraging to see conservation efforts (even for not-so-adorable animals) have successful results like this — and should inspire us to keep working to protect endangered species around the world.

Research shows about 14.5 percent of Americans older than 12 have alcohol or drug use disorders, and only 6.5 percent of them have received any type of care in the last year. More than a million peer support specialists are needed — there are currently 23,507.

Community college training programs are working to help meet that need. A growing number of people who themselves have recovered or are recovering from substance abuse disorders are being trained through community colleges to become certified recovery peer advocates for others.

The success of the programs and those who complete them shows that with the right financial and other kinds of support, even some of the most vulnerable can succeed at college-level training — and colleges at graduating them into good jobs.

Anna May Wong will be the first Asian American to be featured on U.S. currency

The fifth and final woman to be featured as part of a U.S. Mint program to include notable women in history on American quarters will enter circulation on Monday.

Anna May Wong is considered the first Chinese American film star in Hollywood and will be the first Asian American to ever be featured on U.S. currency.

As the city of Melbourne expanded, native plants were pushed out — and with it, the rich biodiversity of insects and wildlife that come along with them. To bring these essential pollinators back to the city, they took a pretty simple approach: plant more plants.

After discovering the critical midway point between grass and trees, the city and the University of Melbourne came up with a list of about 100 mostly native species that not only tolerated the environment — but were beneficial for biodiversity, too.

The list, which was distributed for free to the community, included plants with lots of nectar and pollen for bees, food sources for butterflies, seeds and fruits for birds, grasses for nest-making, and more. Within two years, the project proved incredibly successful — and it’s been sustained in subsequent years.

When she was in her 20s, Jessica Wade noticed a lack of biographies on women scientists on Wikipedia — women who had contributed significantly to the industry but weren’t being recognized for those contributions. So, she got to work writing their biographies.

As she started publishing more biographies, she started writing and speaking more on gender equality in science, winning awards and even getting recognition from Wikipedia’s founder. The site’s “Wikimedians” deleted some of her entries because the scientists were, ironically, not well-known enough.

For example, Clarice Phelps was a young African American nuclear chemist who worked on a team that discovered a new element on the periodic table. Wikimedians tried deleting it, but Wade won and it’s now a permanent entry.

In addition to highlighting women’s contributions to science, Wade also works to ensure the next generation of women scientists is supported, too.

MacKenzie Scott just donated $15 million to give glasses to farmers in developing countries. The billionaire philanthropist’s donation is believed to be the largest single donation toward helping solve the problem of uncorrected blurry vision.

The University of Oregon will pay the tuition and fees for all eligible Native American students. The program will be immediately available to about 150 to 175 students on campus.

A new mental health hotline is helping provide specialized support for farmers and ranchers. The AgriStress Helpline is staffed 24/7 by professionals trained to work with members of agricultural communities.

A rare plant thought to be extinct was just discovered near a school in Hawaii. The “Delissea argutidentata” plant was discovered by a staff member who was collecting seeds for another restoration project nearby.

Scientists in Singapore created a device that can turn even the slightest breeze into electricity. The device is small, lightweight, can store unused electricity in a battery, and could be ideal in urban environments.

Community members and local officials are working to restore Chicago's polluted southeast side. The city is working on converting 2,000 acres of former manufacturing waste dumping grounds into marsh and grasslands.

NASA invented a “breakthrough” high-performance battery that could be used to power fully electric airplanes. The batteries eliminate much of a traditional lithium-ion battery’s weight and can store up to triple the energy.

Thanks to Dolly Parton, millions of children in California will start receiving free books in July. The state’s governor signed a new bill to fund Parton’s “Imagination Library” program which mails books directly to children at no cost.

After just two days of early voting, Georgia voters shattered voter turnout records. On day one, almost twice as many people cast their ballot compared to the 2018 midterms, and more people had voted than did at this point in the 2020 presidential election.

The New Zealand Zoo more than doubled its population of endangered ring-tailed lemurs. The zoo’s four female lemurs just each had twins.

The founders of BioNTech say vaccines to treat cancer could be ready by 2030. Scientists say the mRNA Covid-19 vaccine technology can be repurposed to destroy cancer cells.

Australian researchers found a cost-effective way to recycle solar panels. The breakthrough will help manage the increased volume of retired solar panels expected at the end of the decade.

Thanks to a new VA policy change, more same-sex couples are eligible for survivor benefits. Spouses who were not legally able to marry their long-term partner before 2015 may now qualify for the benefits.