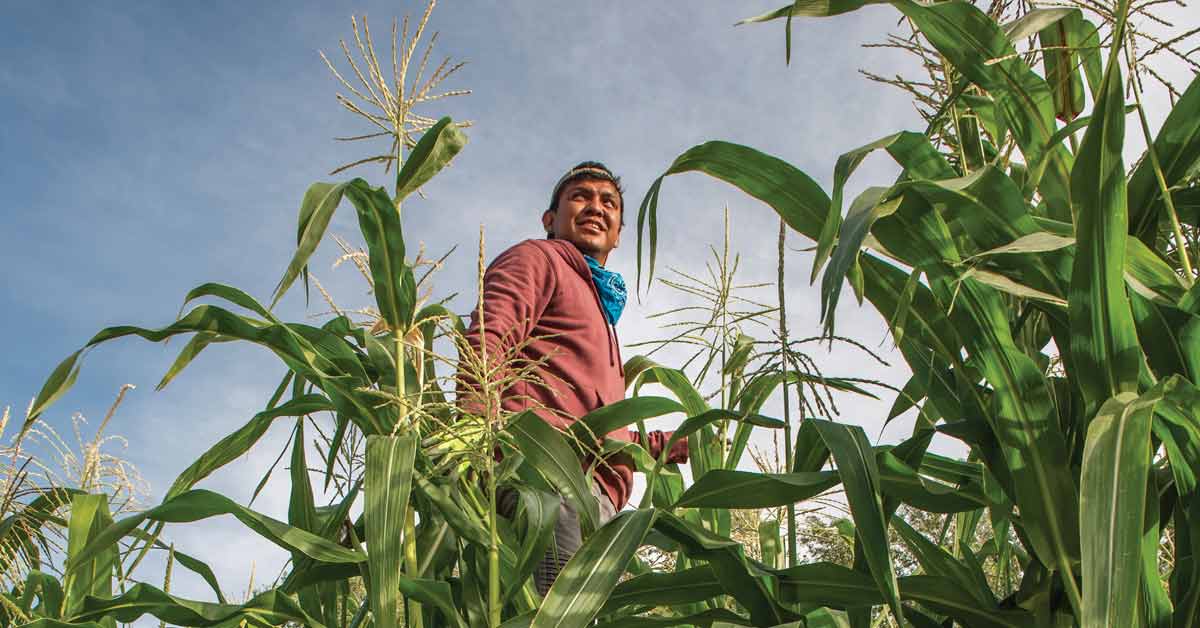 Graham Biyáál will never forget the taste of his mother’s traditional blue corn mush. An earthy, hearty dish made with ground-up blue cornmeal, water and juniper ash, its recipe has been passed down for generations, from his great-grandmother to his grandmother to his mother, and now at last to his own bowl and spoon.

Biyáál doesn’t claim to have mastered the recipe quite as well as his mother did. But each time Biyáál — a traditional farmer who tends his family’s farm in the San Juan River Valley near Shiprock on the Navajo Nation — scoops up another mouthful of corn mush, he pays homage not only to those who came before him, who kept this line of corn seeds alive, but also to a broader movement taking root in Indian Country.

Food sovereignty is the right to access meals like this — healthy and culturally appropriate meals produced locally using sustainable methods and agricultural practices.

In myriad tribal communities, food sovereignty has blossomed from a concept into a full-blown movement.

Biyáál is just one of many farmers in this part of northern New Mexico who recognize the importance of growing, harvesting and cooking as their ancestors did.

For them, food sovereignty is not just about maintaining good relations with the natural world, it’s about doing so with a rising generation of traditional farmers.

The path to food sovereignty, however, is not always easy — at least not initially. Tiana Suazo, of Taos Pueblo, remembers when she started farming. She was 8 or 9, working under an unrelenting sun with her father, planting seeds for a relative’s initiation later that year.

“I remember it being hot, and I hated it,” she said. “But our people — Pueblo people — are farming people. Growing these traditional crops means you’re being part of something greater than yourself.”

As much as she loathed being out in that summer sun as a child, the experience stuck with her— so much so that Suazo currently serves as the executive director of the Red Willow Center, a year-round vegetable farm based out of Taos.

Started as a tribal council initiative in 2002, the center now boasts four greenhouses and a one-and-a-half-acre field for crops, all of which is overseen by Suazo.

More than just a place to raise food for the community,  Red Willow is a space to foster the food sovereignty movement at its roots.

“Growing these traditional crops means you’re being part of something greater than yourself.”

Suazo and her team work with the Taos Pueblo community’s youth, teaching them the ins and outs of farming and paying them above minimum wage for their labor.

Suazo makes sure the young ones learn to see the greater good in the work they’re doing, just as she did as a child, and that they learn how to provide healthy traditional foods for their own families.

She sees the continuation of these age-old practices as part of a nourishing cycle, much like Biyáál's blue corn mush.

Like the plants the farmers work with, this cycle is far from new. For millennia, Suazo said, children have watched their parents go out to the farm, and they have learned which plants should be planted in spring, how to harvest them and, most importantly, how to access a rich and healthy diet.

And, as Suazo was quick to point out, knowing the life cycle of the crops is necessary for young tribal members; it’s the way they learn about how and why certain plants are used during ceremonies and why there are different dances for various crops.

“The life cycle of these plants goes hand-in-hand with our traditions, and it’s so important to see these cycles and understand the importance of why we farm,” Suazo said.

“We need to get the children involved, because without them, we won’t have a way to connect back. If we lose this information, it’s difficult to come back.”

On the Navajo Nation, Biyáál is likewise ensuring that future generations will have access to the same plants and crops as their predecessors. Biyáál identifies as a seedkeeper — one who maintains the seeds of plants from the traditional diet of their community and nation.

He has gained a following on social media, where he shares his life as an Indigenous organic farmer, with the hope of inspiring other Indigenous people to reconnect with tribal foodways, reclaim their diets and prepare traditional recipes like blue corn mush, blue corn cookies, vegetable stews and hearty wild meats like elk and venison.

His online store carries seeds grown on the Navajo Nation, so that people can easily send a jar of Navajo blue corn to other Indigenous farmers looking to add to their seed banks.

Some seeds and unique plants were lost when the U.S. military forced the Diné from their homelands in the 19th century. But the corn used in Biyáál's mother’s recipe endured.

Grown using seeds from the previous year’s crop, this corn, which dates back hundreds of years, has helped nourish Biyáál's family for generation after generation.

With his seeds, Biyáál is able to provide the crops necessary for traditional ceremonies, Diné foodways and diets, as well as for current and future farmers who are looking to reconnect with old ways and traditions.

“We have to look at what the land already provides and align it with our diet. Like our ancestors did.”

The spreading and preservation of seeds, much like Suazo’s mission to spread the knowledge needed to grow them, is something Biyáál’s ancestors practiced regularly.

Varieties of chilis, sunflowers and corn that were raised and perfected by Diné hands have since spread throughout the Southwest, out to the East Coast and even up to Canada, making the Navajo Nation’s unique strains and hybrids all the more culturally significant.

The importance of preserving these extends beyond the symbolic. Biyáál has seen and lived with the limited store-bought options he and other Diné citizens have had access to, which too often contain high levels of sodium, fats and added sugars.

His goal is to free the Navajo Nation’s health, diet and traditional foods from the grip of colonialism. On his farm, he grows vegetables that his people have enjoyed for centuries, such as squash, beans, tomatoes, corn and melons.

“We have to look at what the land already provides and align it with our diet,” he said, “like our ancestors did.”

In his tent, Biyáál has already laid out the plans for his next harvest, carefully deciding which crops to plant next to each other based on how each will affect its neighbor — details he said his ancestors had figured out long before him.

Each time he walks his family’s land — the land of his ancestors — he can’t help seeing a positive version of the future, one filled with Diné farmers and seedkeepers. Before long, he hopes to see an Indigenous-owned and operated organic grocery store flourish on the Navajo Nation.

“I really think we can get there,” he said. “It’s something I want to do to provide people with healthy choices, because our reservations lack that. But I want it to be traditional food.” 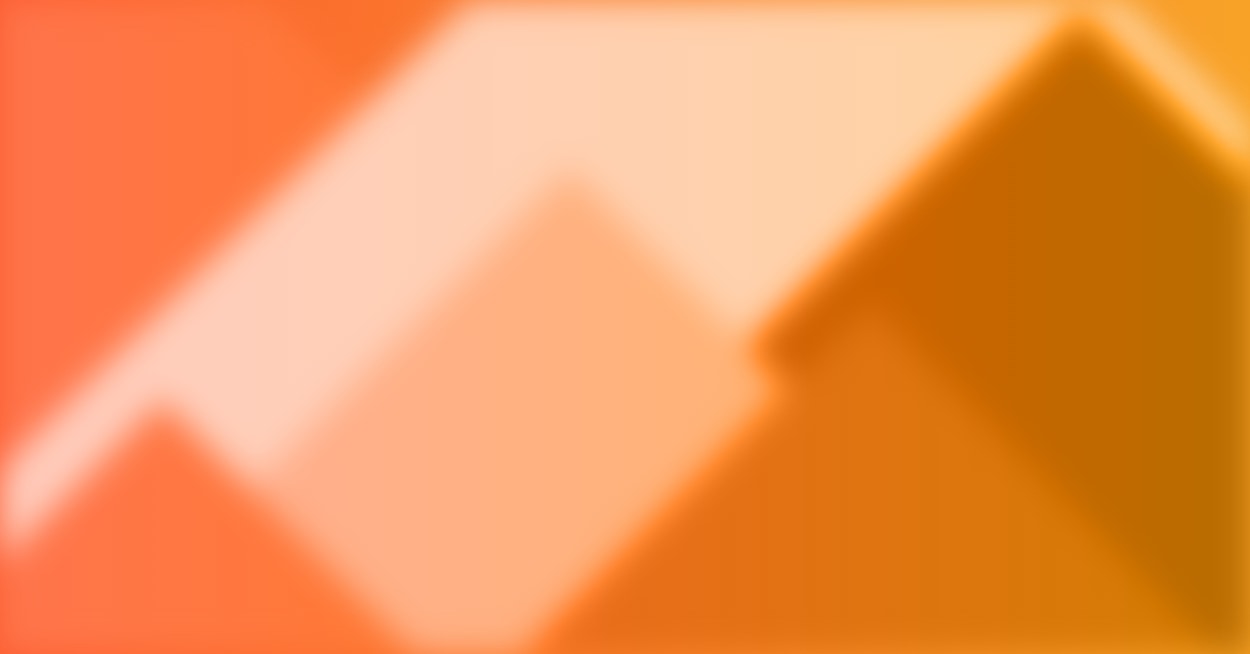 National Native American Heritage Month is a month-long celebration that kicks off on November 1st. We've put together a couple of ideas to help you meaningfully celebrate it... 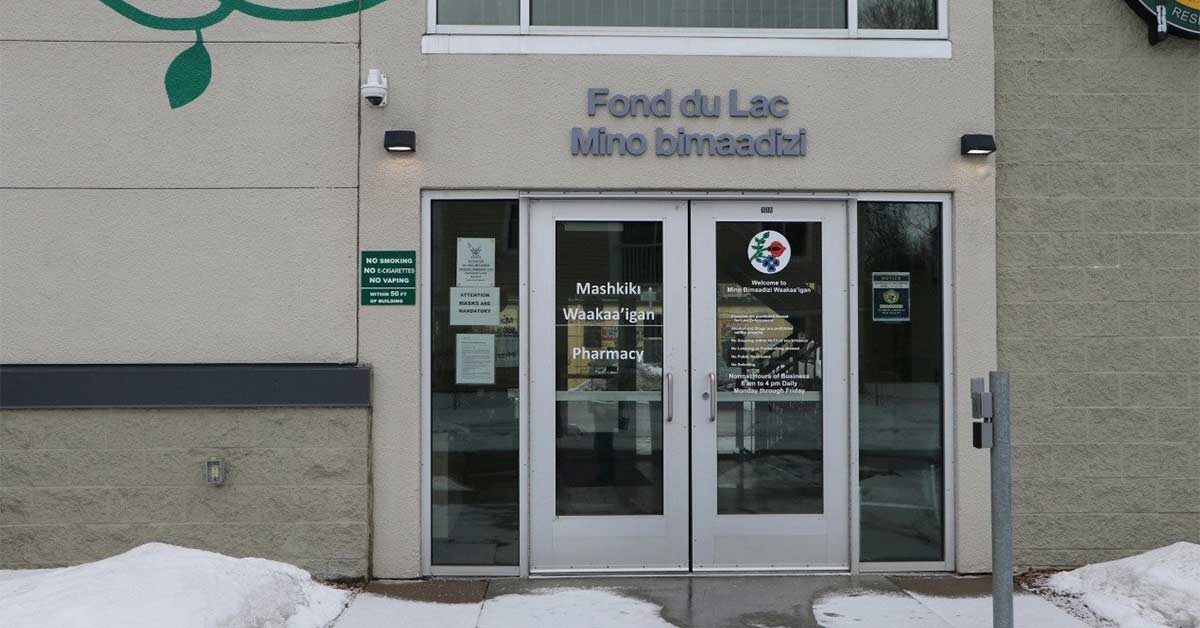