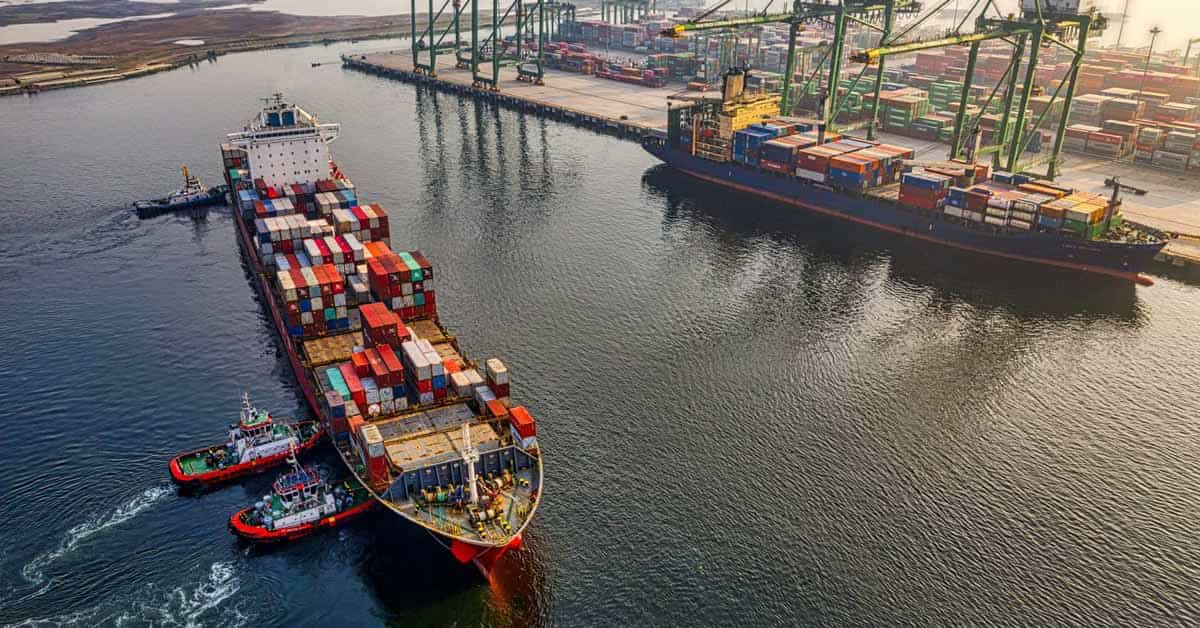 In the 65 years since its invention, the standardized shipping container has revolutionized the global economy, making global exchange cheaper and more efficient than ever before.

In 2020, despite the pandemic downturn, cargo ships moved nearly 60 trillion ton-miles worth of goods, almost twice the global total at the turn of the millennium.

The majority of gifts that ended up under trees during the Christmas season — not to mention the lights, ornaments and decorative Santas — made the journey on one of these ships.

The environmental impact is notable. Today, cargo ships carry some 90 percent of the world’s goods and account for three percent of man-made carbon emissions.

Taken as a whole, the global shipping industry emits about as much carbon as Germany.

Until recently, the shipping industry trailed other carbon-intensive industries, like vehicles and electric power, in its commitments to reduce emissions.

But 2021 was a pivot point. The push toward a zero-carbon shipping industry gained significant momentum, bringing the world closer to a future in which goods are sent across oceans with minimal impact on the climate.

In April, the Biden administration pushed the International Maritime Organization, which originally announced a plan to reduce shipping emissions by 70 percent, to go completely carbon-neutral by 2050.

In October, a group of nine major retailers, including Amazon and Ikea, added pressure by committing to zero-carbon shipping by 2040.

And at the UN Climate Change Conference in November, a group of 14 major shipping economies — including Denmark, United States, United Kingdom, Germany, France, and Panama — announced a pact to achieve zero-emission shipping by 2050.

These commitments from governments and corporate clients are made credible by the recent (and rapid) development of technologies that make carbon-free shipping possible.

“There isn’t anything technologically insurmountable here,” says Nishatabbas Rehmatulla, a senior research fellow at the University College London Energy Institute, where he studies decarbonization in the shipping industry. “The key barrier is cost.”

Ultimately, shipping is an industry ruled by dollars and cents. Putting a price on carbon itself, Rehmatulla explains, is a necessary step to incentivizing climate-friendly technology adoption.

Moreover, governments can do more to support companies that make the costly first steps toward a more sustainable industry.

And while governments and international agencies certainly need to do more to support the development and implementation of carbon-neutral technologies, the rising tide of change is already well underway.

The journey to carbon-neutral shipping starts in the fuel tank. The vast majority of cargo ships burn bunker fuel, a dirty byproduct of crude oil refining.

Though oil remains dominant for now, across the industry both private and public actors are working on testing and implementing zero-carbon alternatives.

This summer, Maersk, the world’s largest shipping company, announced a $1.4 billion investment in a new fleet of eight ships that will be able to run on methanol as well as oil.

Methanol is a carbon-free alcohol-based fuel source that is easier to store than hydrogen. It is, however, less energy-dense and more expensive than oil, relatively scarce, and hard to scale industry-wide.

Next year, the world’s first autonomous, fully electric cargo ship will embark along the southern coast of Norway. The Yarka Birkeland, owned by Norwegian fertilizer company Yara, will be able to carry 120 twenty-foot containers at a time and will be completely battery-powered.

And this past August, the United Kingdom began work on a modern set of regulations that would allow the safe and standardized application of nuclear propulsion in the shipping industry.

Of all promising avenues, however, ammonia, a hydrogen product more stable and storable than hydrogen itself, is the most likely replacement for oil in shipping.

Shipbuilding companies across the globe are investing in ammonia-powered vessels soon to hit the sea.

Finnish marine technology firm Wartsila, for example, is currently developing a ship engine that will run completely on zero-carbon ammonia by 2023.

The company is already manufacturing engines that can run on biogas, synthetic methane, and other hydrogen-based fuels.

In 2019, three vessels — the Hafnia Lise, Victoria Seaways, and Maersk Tianjin — were retrofitted with new, more efficient mechanisms that demonstrated a potential 27 percent reduction in emissions.

Increasingly, the shipping industry is also turning to old technologies to adapt their vessels to a new world. Innovation in high-tech sails, for instance, may allow large-scale cargo ships to harness the power of wind like never before.

Timely decarbonization or decarbonization at all, however, is far from given. “The transition will not happen by itself,” says Mads Peter Zacho, the head of industry transition at the Mærsk Mc-Kinney Møller Center for Zero Carbon Shipping.

“We need global regulation and carbon pricing to ensure that the uptake of the new solutions happens fast enough for shipping to decarbonize in line with the Paris agreement.”

And even if stated goals are met, they may not be ambitious enough, say some critics. Shipping, after all, is only one cog in the global economy.

For as long as market forces reward dirty investment, dirty investment will happen, and shipping is no exception: in 2020, the fastest-growing category of ship was oil tankers.

But with action from the private sector and public support, decarbonizing the shipping sector in the near future is an ambitious but entirely possible goal.

A 2021 study from the Getting to Zero Coalition — a collaboration between the Global Maritime Forum, Friends of Ocean Action, and the World Economic Forum — estimates that zero-carbon fuels need to make up just five percent of the fuel mix by the end of this decade for the shipping industry to meet Paris Accord goals.

“We don’t need to eat the whole elephant straight away,” says Rehmatulla.

“I’m optimistic. There are lots of challenges, but they are all challenges we can overcome.”