8 World-Changing Women You Should Know

At Good Good Good we love celebrating the people on the frontlines of good.

From a recent issue of the Goodnewspaper, here are eight world-changing women you should know about:

Japanese-American criminal defense attorney and civil rights activist Mia Yamamoto’s story is one of overcoming hardship to become who you truly are.

Yamamoto was born in an internment camp in Arizona during World War II, an experience that — along with her father’s exclusion from the Los Angeles County Bar Association for not being white — shaped her view of the legal system and race relations.

After serving in the U.S. Army, Yamamoto graduated from UCLA's School of Law, where she co-founded the Asian Pacific Islander Law Student Association.

Yamamoto, who is transgender, now represents transgender people in civil rights cases and is an activist striving to put an end to racial, religious, and sexual conflicts around Los Angeles, uplifting the lives of those who suffer from discrimination.

She has also served on the commission on Sexual Orientation and Gender Identity for the American Bar Association and she was honored by API Equality and the Los Angeles County Human Relations Commission for her advocacy on behalf of the LGBTQ+ community.

23-year-old Daphne Frias is a Latina youth activist living with Cerebral Palsy. Frias, who uses a wheelchair, is a vocal champion for the disability community and is also engaged in several issues affecting young people: gun violence, climate change, and voter turnout, to name a few.

Through her work with March For Our Lives, Frias became passionate about increasing youth voter turnout and founded a bipartisan nonprofit called Box The Ballot to harness the power of absentee voting.

In 2018, the group organized on more than 70 college campuses across the country and inspired nearly 400,000 students to vote.

As a teenager in New Jersey, she joined the Deferred Action for Childhood Arrivals program (DACA) program, which offers a two-year renewable legal status to undocumented immigrants who entered the U.S. as children.

Her work supporting DACA led her to interview the president of her home country, Costa Rica, in 2014. In the interview, Sara divulged her status as undocumented, an admission that caused her to go viral.

Others in her community praised her for her honesty and ability to open up the important conversation of immigrant status and rights.

In response to the vast support, Mora launched Population MIC, an organization centered around storytelling and providing undocumented communities with the tools necessary to be heard by lawmakers.

Like so many DACA recipients, her world was turned upside down when the White House proposed an end to the program in 2017, leaving thousands at risk of deportation.

“Population MIC is a movement born out of my observation as an undocumented teen that undocumented people were spoken for on almost every major media platform,” More told Seventeen.

“I began creating Population MIC in 2014 to nurture and uplift the power of independent storytelling, merging narrative building, data, and activism to create a world in which communities can have the tools to speak their truths and be heard through ecosystems online.”

Florez is a descendant of generations of farm workers, and her own family members had suffered from heat stroke while working fields. She saw a need to create a way to increase safety and education.

Florez created Calor, an app to combat the rate of heat stroke among farm workers and to protect their rights and their safety through education.

During that time, Apple featured her app in the App Store, Florez fundraised more than $60,000 for continued development of the app, and she was awarded a $10,000 grant. Fundraising will help defer costs of the watches.

As a queer, physically disabled, Korean transracial and transnational adoptee raised in the Caribbean, Mia Mingus brings a unique lens to activism.

As a survivor herself, the writer, educator, and community organizer's work centers on putting an end to generational and sexual violence.

Mingus has hosted webinars on transformative justice and abolishing the prison system, given public speeches and panels on disability justice, and published compelling and insightful posts on her blog.

She is known in the disability community for introducing the concept of and coining the term "access intimacy” to describe the feeling you get in a place where you feel that all of your accessibility needs are being met.

She was honored by the White House in 2013 as a Champion of Change for her work as an Asian American Pacific Islander leader.

At 8 years old, Blair Imani started a letter-writing campaign with her friends to ask the toy company Mattel to create more diverse characters after she noticed there were eight white dolls and just one Black doll. Now nearly two decades later, Imani continues to advocate for justice and equality.

Imani is a Black, Muslim, and queer activist and historian who promotes intersectional thinking, female empowerment, and LGBTQ rights.

She has given a TEDx Talk: “Queer and Muslim: Nothing to Reconcile,” and written two historical books.

“Modern Herstory: Stories of Women and Nonbinary People Rewriting History” profiles 70 women and non-binary people who were and are still instrumental in social movements such as the Stonewall riots and the Black Lives Matter movement.

Her other book, “Making Our Way Home: The Great Migration and the Black American Dream,” centers on voting rights, domestic terrorism, discrimination, and segregation alongside arts and culture, activism, and civil rights.

In 2014, Imani founded the nonprofit Equality for HER, a nonprofit that uplifts and empowers women and non-binary people. While the nonprofit shuttered in 2019, its online resources are still available.

Now 27, Imani focuses on intersectional feminism and is an active member of the Black Lives Matter movement.

Turkish sociologist, writer, and University of North Carolina professor Zeynep Tufekci is a former computer programmer who has been described as “having a habit of being right on the big things” by the New York Times.

Her work focuses on the social implications of new technologies, such as artificial intelligence and big data.

She wrote a book titled “Twitter and Tear Gas: The Power and Fragility of Networked Protest.”

And in 2018, Tufekci was interviewed as part of a PBS series, “Frontline,” on issues of disinformation and Russian interference with Ukraine on Facebook.

She is one of the most prominent academic voices on social media and frequently discusses identity, society, protests, and technology.

At the beginning of the COVID-19 pandemic, Tufekci was one of the first to take up the importance of mask-wearing in the mainstream media and was one of the academics who advised the WHO on adopting a mask recommendation.

She’s now one of the most respected voices of the social impacts of technology, the Internet, inequality, and politics.

She’s an example of someone using her platform and influence to share her valuable insights and to spread nuanced and balanced knowledge — which makes us all better.

After having to navigate the broken criminal justice system following her own rape, Nguyen penned her own civil rights law and unanimously passed the Sexual Assault Survivors’ Bill of Rights. The federal law served as a model for 15 other laws protecting sexual violence survivors in the U.S.

Following the passing of the law in 2014, Nguyen founded Rise, a nonprofit and “social movement accelerator” that trains grassroots organizations to pen their own civil rights laws. With Rise’s help, 33 laws have passed.

Nguyen was awarded Marie Claire’s Young Women's Honors in 2016 and was named on the Forbes 30 Under 30 list in 2017. She was appointed by President Barack Obama to the United States Department of State as his Deputy White House Liaison, and in 2018, she was nominated for the Nobel Peace Prize.

Get to know these incredible women. 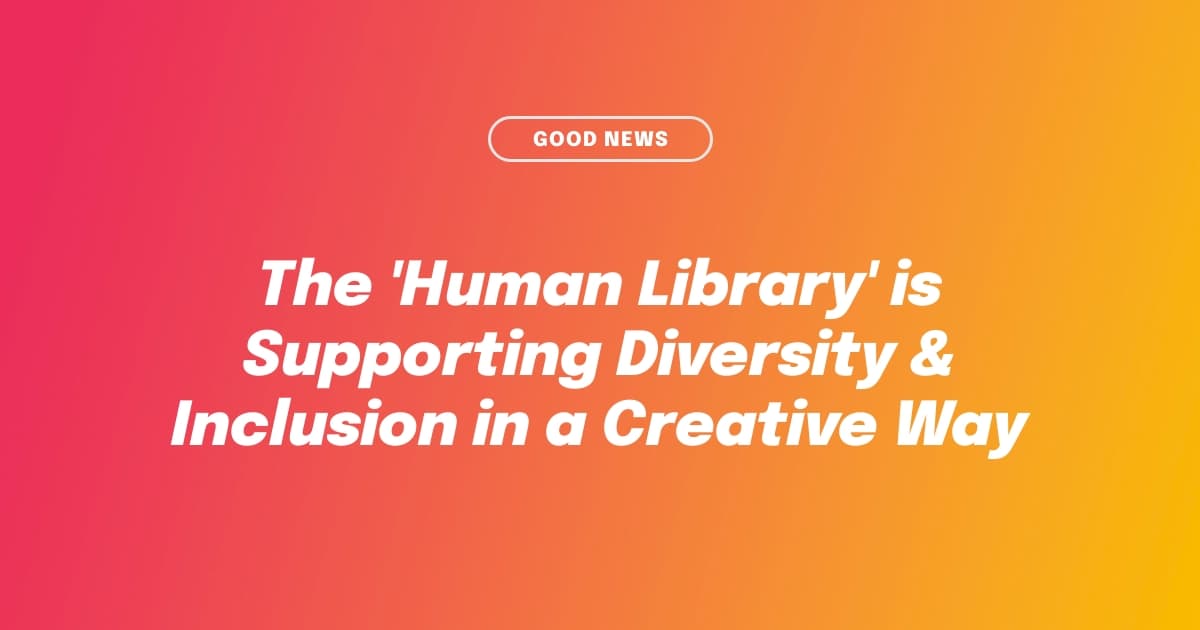 The 'Human Library' is Supporting Diversity & Inclusion in a Creative Way

More than 60% believe national divisions have worsened since the pandemic began. The Human Library brings disparate people together with the aim of breaking down prejudices. Originating in Denmark, the not-for-profit now has over 1,000 human ‘books’ available for loan. 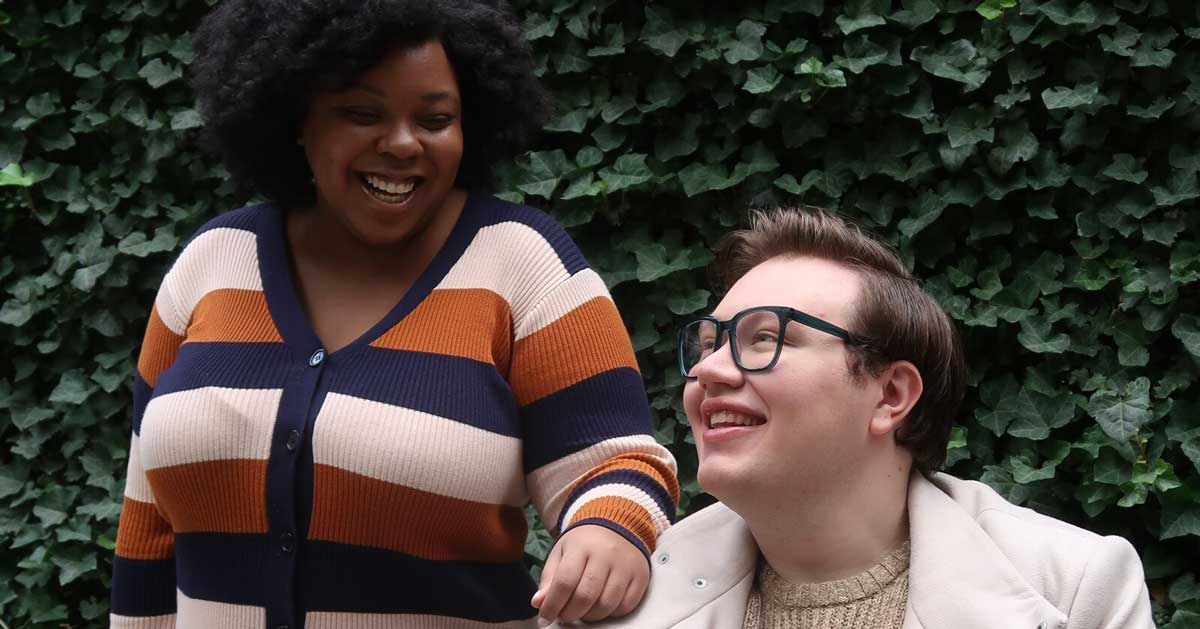 Meet the Founders of The Power of Plus: A Plus Size Movement Within the Fashion Industry

We talked with the founders of The Power of Plus to see what inspired them to build an online community, what their long-term goals are, and how they see the future of fashion evolving as the conversation around diversity and inclusivity continues to heighten.
No items found.