The Awesome Socks Club is Helping Build a Hospital 🧦 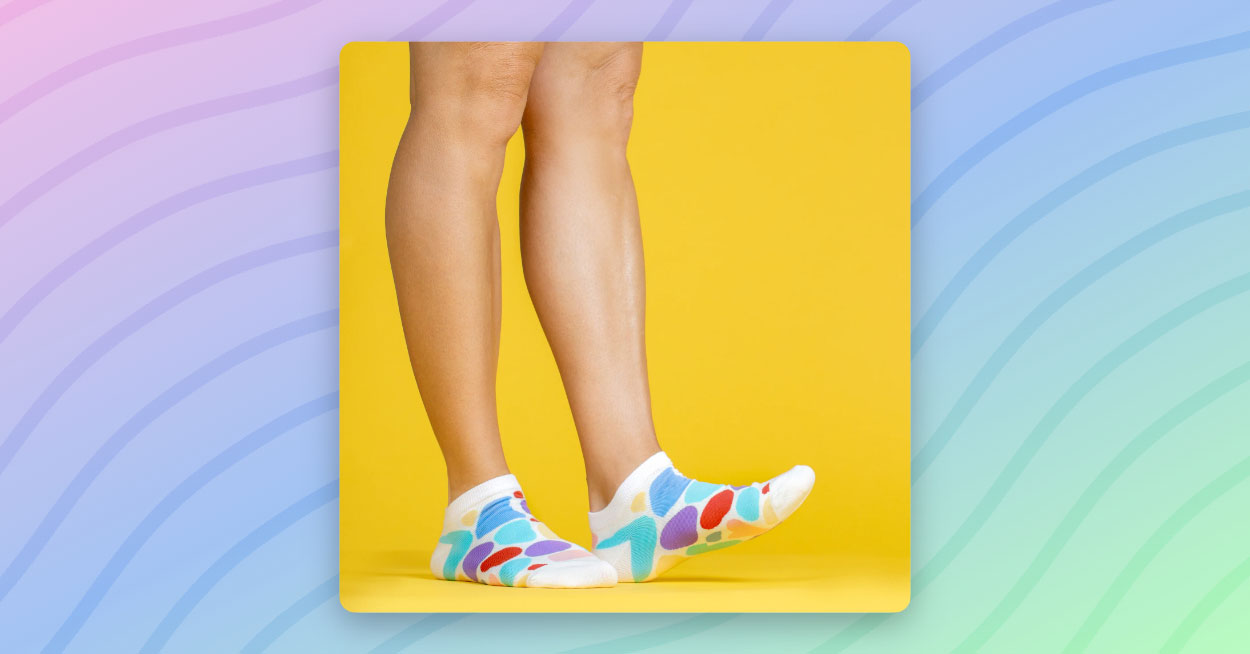 Hank and John Green are known by millions for a wide range of accomplishments. From providing free educational videos with Crash Course, to writing bestselling novels like The Fault in our Stars and An Absolutely Remarkable Thing, to establishing a long-term fanbase known as Nerdfighters from their vlogbrothers YouTube channel, the Green Brothers have become familiar names to internet users worldwide.

Even with this impressive list of achievements, one of the brothers’ biggest impacts has been fundraising.

In collaboration with Partners in Health, Hank, John, and the Nerdfighter community have pledged to raise over $30,000,000 to combat the maternal and child mortality crisis in Sierra Leone.

Among a host of wacky, creative projects to raise money, the Awesome Socks Club has found its footing (pun intended) and is raising millions for charity.

What is the Awesome Socks Club?

At its core, the Awesome Socks Club is a subscription service created by Hank and John that provides members with a new pair of socks each month.

“I have terrible news: you are going to have to keep buying socks for the entire rest of your life,” Hank teased in a recent Awesome Socks Club promotional video. “I also have amazing news, because I noticed this problem for myself, and I solved it for you.”

This convenience model mimics many subscription services; individuals can sign up to have a necessary product delivered to their doorstep automatically. In nearly every other aspect, though, the Awesome Socks Club differs drastically from a typical subscription service.

Donating 100% of its profits (rather than just some of its profits) sets Awesome Socks Club apart from other socks brands that give back.

Secondly, Awesome Socks earned their name by being, well, awesome. Each month’s socks feature a new design by an independent artist, giving talented creators an exciting canvas to showcase their work. The designs are all secret, giving subscribers a fun surprise to look forward to each month.

The socks aren’t just aesthetically impressive; they are also high quality and are created with garment makers and the planet in mind.

Awesome Socks are produced by Pacific Manufacturing, a company known for producing high-quality textile and upholding strict policies to create a healthy workplace. Sustainability is not an oversight, either. All packaging used to ship Awesome Socks is compostable to remain as environmentally friendly as possible.

As John often states, Hank is somewhat infamous in the nerdfighter community for presenting “million-dollar ideas” of varying absurdity. A majority of these ideas may never see the light of day.

Others — like an internet-video convention that would grow to become VidCon or the invention of 2D glasses — found success. The Awesome Socks Club is the latest million-dollar idea to live up to its name.

“Here is the idea as Hank pitched it to me,” John explained. “What if every month a pair of wonderful socks appeared at your house, and your ankles were happy, and all of the profit — not some, or most, but all — went to support stronger healthcare systems in impoverished communities? I was like, ‘That’s not a million-dollar idea.’ And I was wrong.”

Now entering its third year, the Awesome Socks Club has grown to over 40,000 subscribers and has surpassed the million-dollar threshold each year. Just as it was always intended, 100% of this money has gone to charity.

How do socks from Awesome Socks Club make a difference?

Since 2019, Hank, John, and their fanbase have been committed to raising at least $25,000,000 to support the construction, staffing, and supplying of a new hospital in the Kono District of Sierra Leone. All profits from the Awesome Socks Club are currently donated to this effort.

The project, led by Partners in Health, is focused on providing the community with a maternal and pediatric teaching hospital. This commitment was made in response to health crises in the Kono District, which had the world’s highest maternal mortality rates.

The Nerdfighter community embraced this project fully and has provided continued support for the cause. In just over three years, the community has pledged over $30,000,000 to the Maternal Center of Excellence in Sierra Leone with Partners in Health.

Thanks to the support of generous donors like Nerdfighteria, ground was broken for construction of the hospital in April 2021.

The work accomplished by Partners in Health goes far beyond the Maternal Center of Excellence. The organization was co-founded by the late Dr. Paul Farmer with a mission to “bring the benefits of modern medical science to those most in need of them and to serve as an antidote to despair”

Partners in Health works to meet this goal through multiple projects around the globe, all with a focus on sustainable relief. It is not enough to build a hospital in an area of need if the community is not prepared to maintain it. That is why Partners in Health provides healthcare resources in all forms, from construction and supplies to education and training.

Nerdfighteria’s support for Partners in Health has come in many forms.

In addition to the Awesome Socks Club, Hank and John host annual fundraiser events like the Project for Awesome and Pizzamas.

How can I sign up for an Awesome Socks Club subscription?

The sign-up period is live now for 2023 subscriptions and will remain available until November 14, 2022.

Subscribers can choose from two types of socks — ankle or mid-calf crew — and select their preferred size. The Awesome Socks Club costs $13.75 per month with no additional charge for shipping.

How else can I support maternal and child health in Sierra Leone?

Don’t need socks? Don’t have extra money to spare every month? That’s okay! There are other ways for you to learn more about and support the efforts to confront the maternal and child mortality crisis in Sierra Leone.

The first is free if you have a Netflix subscription. Watch the documentary “Bending The Arc,” which tells the story of how Paul Farmer, Jim Yong Kim, and Ophelia Dahl started the international movement at the center of some of the world’s most pressing humanitarian crises. Essentially, it’s the story of Partners In Health, and how this organization continues to “bend the arc” towards truth, justice, and equality.

If you’re more into socks, you can subscribe to the Awesome Coffee Club and receive delicious (and ethically-sourced) coffee beans every month, with all of the profits going directly to the Maternal Center of Excellence.

If you’re an internet power-user and want to raise money for John and Hank Green’s nonprofit, Foundation to Decrease World Suck (which will then be donated to Partners in Health and several other community-chosen nonprofits during the annual Project for Awesome), you can score free donations for every new browser tab you open via Tab for a Cause.

If you want to get weird, order Pizza John merch during Pizzamas each fall.

Lastly, you can set up a recurring donation with Partners in Health to fund these maternal and child health projects.

How much does Awesome Socks Club cost?

The Awesome Socks Club costs $13.75 each month. Subscriptions are valid for a year and provide one pair of socks delivered per month. Shipping is free, and subscribers may cancel their subscriptions at any time.

All of the profit generated by the Awesome Socks Club currently supports Hank and John Green’s continued work with Partners in Health to build, staff, and maintain the Maternal Center of Excellence in Sierra Leone’s Kono District.

How much has the Awesome Socks Club raised?

Is Awesome Socks Club a nonprofit?

The Awesome Socks Club is not a nonprofit or charity. Instead, it is a business that elects to donate all of its profits to charity. If you are interested in contributing directly to a nonprofit, you can directly support the Maternal Center of Excellence from Partners in Health.

When can I sign up for an Awesome Socks Club subscription?

Awesome Socks Club subscriptions are available only during limited time windows, typically opening in November. Occasional additional openings may be announced throughout the year. New subscribers may only join during these windows.

For 2023 subscriptions, the sign-up window is currently open and will close on November 14, 2022.

Hank and John Green want to sell you socks... for charity 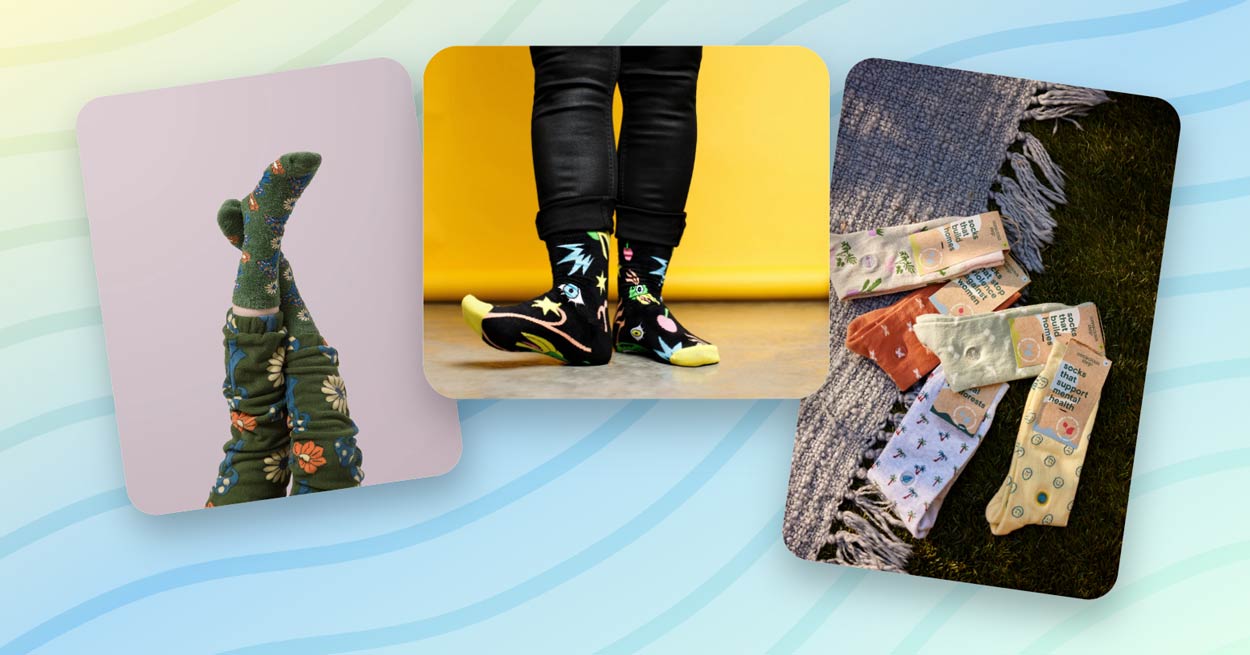 We’ve curated the ultimate list of sock companies that are making it easier for us to elevate our sock game while supporting the causes we care most about...

YouTubers and "Nerdfighters" have raised more than $17M to make a difference and "decrease world suck."