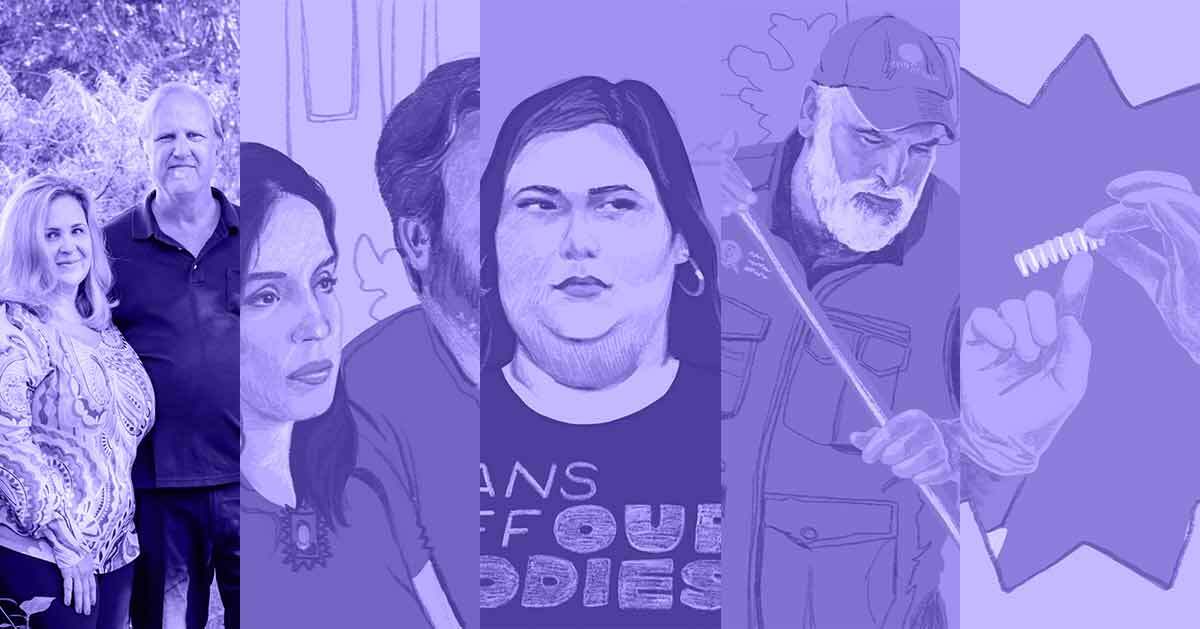 After their housing association demanded they replace their native lawn with grass, a Maryland couple sued — and changed state law

With butterfly, bee, insect, and other wildlife populations plummeting as a result of human activity, cities and homeowners are turning to “naturescapes” to help them survive and thrive. Maryland residents Janet and Jeff Crouch are among them, and had a thriving wildlife garden in the front yard of their home.

In 2017, following numerous complaints from their neighbor, they received a letter from their housing association giving them 10 days to rip the garden out and replace it with a standard grass lawn. The letter said their yard was “not the place for such a habitat” and was not only against bylaws but an eyesore hurting property values.

Instead of ripping it out, the Crouches fought back and ended up changing the entire state law — now, homeowners associations can no longer force any Maryland residents to have lawns.

Indigenous communities have always been at the forefront of tackling the climate crisis, but their warnings have too often been met with empty promises. So, they organized.

The Global Alliance of Territorial Communities is a political platform of Indigenous and local communities representing 35 million people from 24 countries in Asia, Africa, and Latin America — defending over 958 million hectares of land spanning most of the world’s endangered tropical forests.

Rather than selling the company or taking it public, this year Patagonia founder Yvon Chouinard announced that he and his family were transferring ownership of Patagonia, valued at about $3 billion, to a specially designed trust and a nonprofit.

Both were created to preserve the company’s independence and ensure that all of its profits — some $100 million a year — are used to combat climate change and protect undeveloped land around the globe.

After losing their son in the Parkland high school shooting, these Helpers started a nonprofit to fight the NRA’s influence on gun safety policy

In 2018, Manuel and Patricia Oliver lost their son, Joaquin, in the mass shooting at Marjory Stoneman Douglas High School in Parkland, Florida.

In their healing process, the couple started a nonprofit called Change the Ref (CTR), with the mission of increasing awareness of mass shootings and reducing the public influence of America’s largest gun lobby group, the National Rifle Association.

Over the years, CTR has worked to empower young leaders by using urban art and nonviolent creative confrontation to expose the effects of mass shootings in America and demand stricter gun laws.‍

You might recognize writer, producer, actress, and comedian Quinta Brunson from the breakout ABC comedy “Abbott Elementary,” in which she’s the creator, executive producer, writer, and star. The series is inspired by her mother’s teaching career at an under-resourced elementary school and earned Brunson several historic Emmy nominations.

Most recently, Brunson used her platform at the annual TIME 100 Most Influential People of 2022 gala to call out politicians and advocate for higher teacher salaries. She also dedicates a portion of the show’s marketing budget to helping underfunded teachers.

Carey Arensberg (@mrsarensberg4th on TikTok) is a fifth-grade teacher from Mobile, Alabama known around her community and online for her classroom’s “Care Closet.” The closet is a resource available to students who are in need of essential items like dinner boxes, hygienic products, and extra uniforms — even if it’s for another sibling or family member.

She’s part of a vibrant educator creator community on TikTok, and Arensberg’s videos have both inspired others to install their own Care Closets, and provide her over 400,000 followers with social-emotional learning and trauma-informed practices.

A 19-year-old activist and political strategist in Texas is using social media to raise awareness, fundraise, and fight for equality

Olivia Julianna is a 19-year-old Houston advocate who is a political strategist for the youth-led nonprofit Gen Z For Change, which uses social media to raise awareness, fundraise for causes — and take problematic politicians down a peg. And she’s good at her job.

In the summer of 2022, Florida Rep. Matt Gaetz made fatphobic, misogynistic comments about Olivia in an attempt to degrade her and her ongoing advocacy for abortion rights. Instead of letting it get to her, she used it as fuel to fundraise for abortion funds across the country via social media.

Donations came flooding in from social media, starting with $50,000 in the first 12 hours of the initiative. The number hit $2.2 million within a week.‍

→ More Helpers using media and entertainment to make a difference and ways you can take action, too

Dylan Mulvaney is a trans actress, comedian, and content creator who is best known for her TikTok series “Days of Girlhood,” where she highlights her transgender journey every day.

Throughout 2022, Mulvaney delighted her over 8 million followers (including Lady Gaga) with queer joy and exciting milestones: Makeup routines, surgery consultations, adding tampons to her purse to give to other women, and more. Perhaps most importantly, though, she’s made the Internet — and the world — feel like a safer place for other trans people.

Kai Shappley is an 11-year-old transgender activist in Texas, a trailblazer at the heart of one of the most anti-LGBTQ+ states in America. In April 2021, she testified before the state legislature and helped defeat a bill that would have banned gender-affirming medical care for minors — and 50 others that year.

Then this year, when Texas Governor Greg Abbott directed state officials to investigate any reported instances of parents providing gender-affirming medical care to minors, she continued to fight.

Whether wildfires in Australia or COVID-19, Chef José Andrés and his nonprofit World Central Kitchen (WCK) mobilize as immediately as any other first responder in the face of a crisis.

This past February, within 24 hours of the Russian invasion of Ukraine, Andrés and the WCK team had pots and pans on the ground in Ukraine, serving free hot meals to refugees.

Since then, WCK — including hundreds of restaurants and thousands of chefs — has served over 150 million meals all over the country to anyone in need.

→ More Helpers making a difference for Ukraine and how you can help, too

Justice Ketanji Brown Jackson made history as the first Black woman to serve on the U.S. Supreme Court

For 232 years, no African American woman had served on the U.S. Supreme Court. Then, in June 2022 Justice Ketanji Brown Jackson was sworn in, becoming the 116th Supreme Court Justice and the first Black woman to hold the position.

To add to her historic confirmation, Jackson is also the first-ever Supreme Court justice to have served as a public defender and marks a moment of long-overdue progress for representation in the judicial branch.​​​​​​​​

→ More Helpers making a difference in government, equality, and justice, and how you can take action, too

Individuals and nonprofit organizations are coming together to support immigrant communities

The number of migrant arrivals reported along the U.S.-Mexico border surpassed 2 million in August. This year alone we’ve witnessed the horrific deaths of 46 migrants in an abandoned tractor-trailer outside of San Antonio, moving thousands from border states to northern cities, and more than 600,000 young individuals at risk of deportation through the Deferred Action for Childhood Arrivals program.

→ More Helpers making a difference in government, equality, and justice, and how you can take action, too

In 2022, two more people were cured of HIV (out of five total in history). While a universal cure is yet to be discovered, scientists have made progress and found success in specific cases.

These are in addition to the incredible news of three new mRNA HIV vaccines now undergoing clinical trials.

Led primarily by solar, China is transitioning to renewable energy faster than any other country. Its shift away from coal will also help reduce air pollution in its smog-clogged cities, benefiting public health as well as the environment.

Globally, the world will deploy as much renewable energy in the next five years as it did in the last two decades. The International Energy Agency says two major drivers for global renewable energy adoption are low prices and security.

New Jersey’s last power plant was just demolished and a large-scale energy storage facility will take its place. New Jersey has one of the most aggressive policy targets in place for energy storage and a goal to reach zero emissions by 2050.

Led by women and young people, activism is helping make real progress in the fight for gun safety legislation. Everytown for Gun Safety, started by Shannon Watts, alone has 10 million supporters — almost double that of the NRA.

A voluntary gun law in Utah, Virginia, and Washington is helping prevent suicides. In 2017, 60% of gun-related deaths in America were suicides, and this law allows people to ban themselves from impulsively buying a gun.

Thousands of students in Seattle held a walkout to protest gun violence. After an incident of gun violence at a local school, students from across the city walked out of school and met at City Hall to demand action.

A Wisconsin chef changed the name of his restaurant to honor his son's transition. “My kiddo doesn’t go by the name that’s on the restaurant anymore,” Chef Dave Heide posted in announcing the opening of “Ollie’s Madison.”

The 2022 "Survivor" winner is donating his entire 1 million prize to help veterans. Mike Gabler announced he would donate the money in honor of his father to veterans “recovering from psychiatric problems, PTSD and curb the suicide epidemic.”

Rapper Yung Gravy gave a total of 1,900 bras collected during his concerts to people in need. As part of his “Save the Nip” campaign, the bras went to I Support The Girls, a nonprofit that donates bras, undies, and menstrual hygiene products to people in need.

Dozens of countries and international organizations have pledged millions of dollars to help Ukrainians make it through winter. The donors gathered at a conference in Paris to support keeping Ukrainians powered, fed, warm, and safe.

As part of a U.K. government initiative to get more people out of cars, companies are helping employees commute more sustainably. Since it was rolled out in 1999, over 1.6 million commuters have taken advantage of the initiative.

New York became the tenth state to ban all sales of cosmetics that use animal testing. They join states like California, Louisiana, Hawaii, Nevada, and Illinois to end the unnecessary practice.

For the past nine years, thousands of people from all over the world have sent Christmas cards to a grieving widow. The first year, he got about 30 cards from people — this year, 12,000 cards came from people wanting to help him “get through the holiday.”

Sharing her individualized housekeeping methods, a TikTok creator is helping remove “morality” from homemaking. Her work really took off after KC Davis responded to a commenter about how cleaning is “morally neutral.”

An American entrepreneur helped restore Mozambique's Gorongosa National Park after decades of war. Greg Carr was invited by the country’s president in 2008 and took the park from five or six lions to around 200 now. 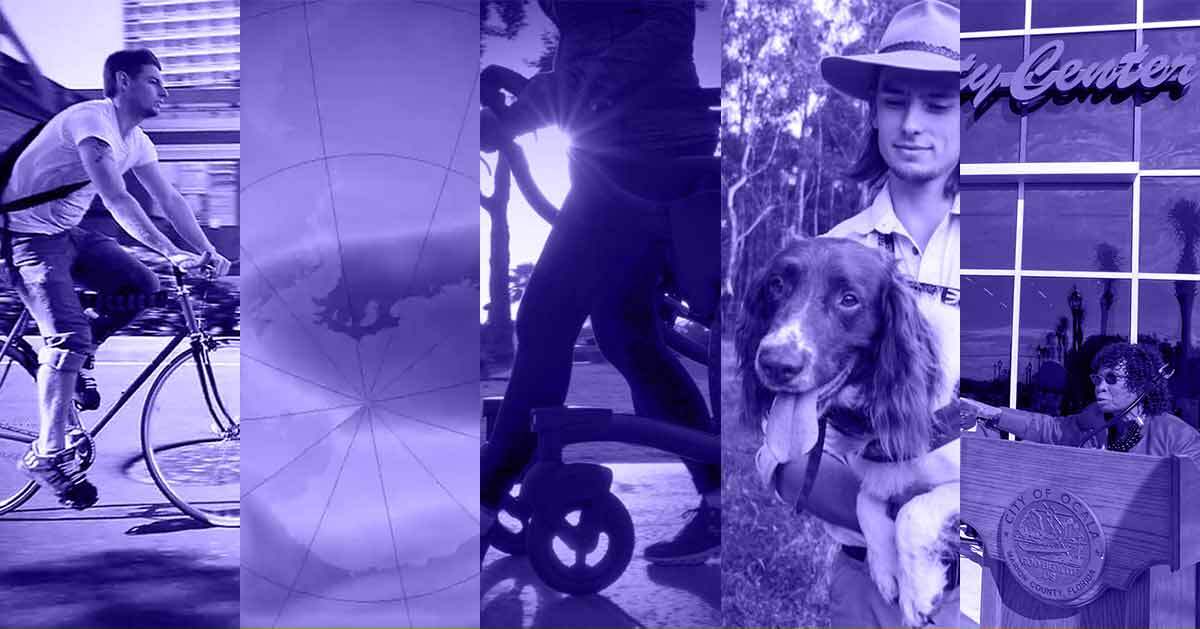