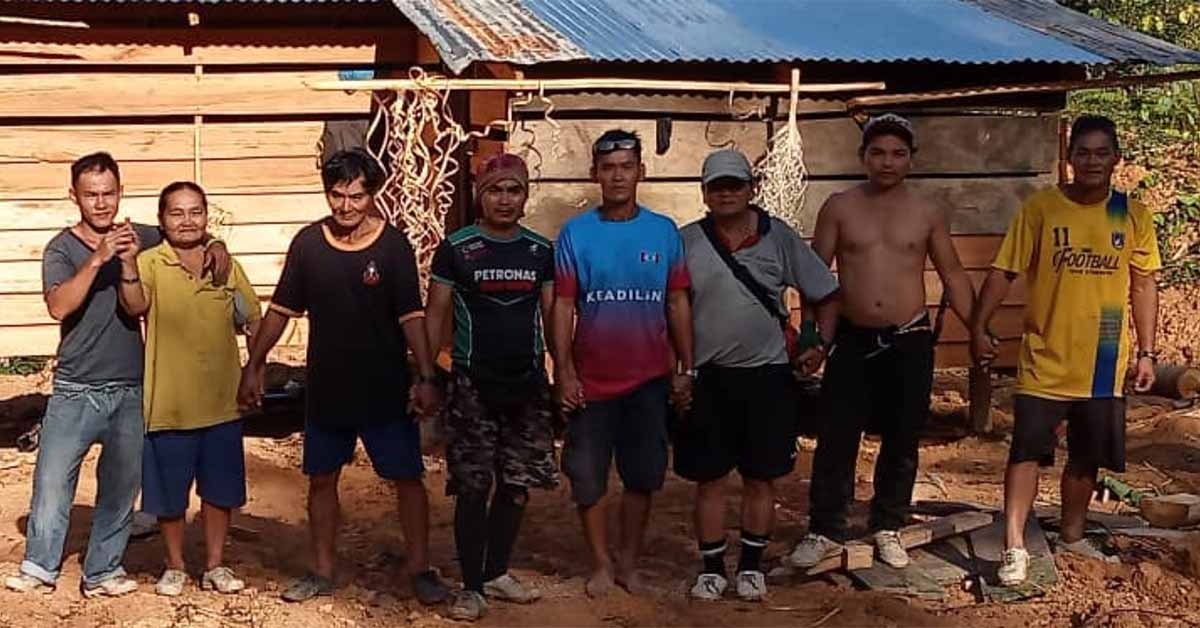 — According to Penan Indigenous organization Keruan, the firm removed its equipment by July 15, a move the organization counts as a win for forest conservation.

— The area is slated for inclusion in the Upper Baram Forest Area (UBFA), a new conservation project led by the government and approved by the International Tropical Timber Organization.

— Samling denies encroaching on recognized Indigenous land, and said the UBFA has not been approved by the government or discussed with the company, which holds the timber concession for the most of the forest included in the project area.

Malaysian timber giant Samling has removed logging equipment from a long-disputed area in Sarawak state’s Upper Baram Forest Area, in what the Penan Indigenous community is calling a win for forest protection.

In May and June, organizations monitoring some of the last untouched forest in the Bornean state captured satellite and drone imagery they say shows Samling Timber entering deep forest and culturally sensitive areas near the Batu Siman mountain, according to a joint press release from the Penan Indigenous organization Keruan, the Bruno Manser Fund and the Borneo Project.

In response, Penan community members on July 9 filed a police complaint against Samling, a giant concessionaire based in the Sarawak city of Miri, and planned to begin blockading the site July 16. However, Komeok Joe, the head of Keruan, said group members saw Samling workers had dismantled and moved equipment from the area by July 15.

Joe said he wasn’t sure why equipment was moved, but that he was happy to see the operation stopped and holds no animosity toward the company as long as it doesn’t encroach on the community’s land.

“We are willing to cooperate, even with Samling and the government, to protect this area, because this area is for all” to appreciate, he said, adding that Indigenous activists had still erected blockades to affirm their commitment to protecting the forest.

Annina Aeberli, a Switzerland-based campaigner for the Bruno Manser Fund, said the three Penan communities living along the border of this area of deep forest — the Long Ajeng, Long Lamam and Long Murung — took similar actions against Samling’s encroachment last year, filing a police report in early March and setting up a blockade in September.

Joe noted that they were promised a meeting with a manager, but it got delayed and eventually Samling took down the blockade around November 2021.

Aeberli said she doesn’t know why Samling removed its equipment last month, but speculated the Sarawak and Malaysian governments might have new reason to protect the forest around Batu Siman: The area is slated for inclusion in the Upper Baram Forest Area (UBFA), a new conservation project led by the government and approved by the International Tropical Timber Organization.

The UBFA, which is an outgrowth of a conservation initiative that began as the “Penan Peace Park” and was later renamed the “Baram Peace Park,” also has confirmed financial support from Japan, the Swiss city of Basel, and the Bruno Manser Fund.

Samling did not respond to questions sent by Mongabay, but the company publicly posted a response after NGOs announced they had imagery of forest clearing in the Upper Baram Forest Area on July 13.

In that statement, Samling denied encroaching into any officially recognized Indigenous land, and said the UBFA had not been ratified by state authorities nor discussed with the company.

However, Aeberli said the project was submitted to the ITTO in part by the Malaysian government, and that with ITTO approval secured, the zoning and conservation plans will be established soon.

While the project allows for sustainable timber harvesting in a natural forest setting, the style of logging that Samling pursues would be counterproductive, Aeberli said, especially in core zones. “Because the project is still developing, you need to do a moratorium on [logging] the areas you intend to protect.”

Joe, the head of Keruan, said the community has held blockades against Samling’s operations in different sections of the same area since 1991. “Samling said they have the license [for timber harvesting] in this area, but without ever filling in the communities,” he said.

“This is the area that the 18 [Penan Indigenous] communities all defend. We try to protect this area from any logging encroachment, and we are committed to protecting this area.”

In its July statement, Samling said it has permission to harvest timber from the Long Selaan community. However, Joe said the area is primarily the territory of the Long Ajeng, Long Lamam and Long Murung communities, while Aerberli noted the indigenous land claims were complicated and thus all communities therefore should have been consulted by Samling.

Joe said the Long Selaan community might have agreed to Samling’s timber practices because the land isn’t their own, but that forest was important to keep intact for other Penan communities. He said several communities had already given land to Samling, adding he hopes the company will continue to respect the thick forest and culturally important areas.

“We hope that Samling can [continue to] stay out from this area,” he said. “If there is no encroachment, there is no conflict.”