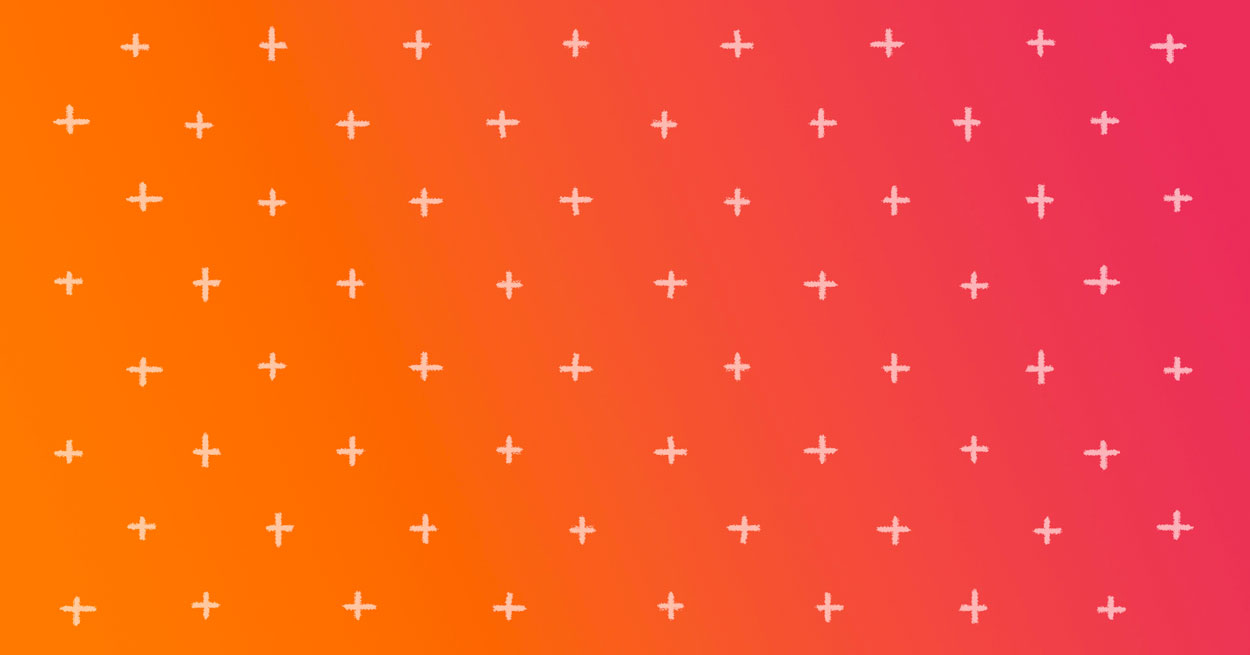 Two-thirds of Australia’s Great Barrier Reef, the northern and central sections, is now seeing the highest level of coral cover in the 36 years its been monitored by the Australian Institute of Marine Science.

According to the institute, the reef’s long-term health is still at risk due to climate change, as extreme weather events and mass bleaching become more frequent, but a few years of “relative calm” and the comeback of coral in parts of the Reef have proven it can recover.

"Our latest surveys show the Great Barrier Reef is still an amazing place, it's still vibrant, it can still recover if given the chance," said Dr. Mike Emslie.

In the northern section of the reef, coral cover is now at 36 percent, a significant increase from its low of 13 percent in 2017.

Scientists may have just cured the fifth person ever of HIV, and another is in long-term remission

HIV/AIDS is a pandemic that, as of 2018, affects nearly 40 million people worldwide, leading to hundreds of thousands of deaths. Scientists have long been working on both treatment and a cure for HIV, and a recent case involving a 66-year-old American man who appears to have been cured of the virus — the fifth person ever to be cured — is offering researchers another encouraging case in the fight against the virus.

And in another case, a woman who received an “immune-boosting regimen” is in “viral remission,” according to researchers in Spain — she still has HIV, but her immune system has stopped the virus from replicating for more than 15 years.

The man was possibly cured of the virus through a stem cell transplant used to treat blood cancer, the same approach used in the four prior successful cases. While the use of stem cell transplants to treat HIV is controversial, they offer hope of a 'functional cure' for people living with HIV.

And thanks to research just like this, treating HIV-positive individuals is more accessible than ever before and AIDS-related deaths have declined by 60 percent since their peak in 2003.

A partnership between engineering students at Baylor University and welding, precision machining, and auto restoration students at Texas State Technical College, a community park near Waco, Texas now features a wheelchair-accessible swing so everyone can enjoy spending time at the park, no matter their physical ability.

“Not all disabilities are the same, so we had to craft an all-purpose design that could be enjoyed by all,” said Baylor grad Leonard Walker, a design team leader on the project.

The engineering students began designing the swing in the fall of 2021, and handed it off to the TSTC students this past spring to build it.

“In my eyes, engineers are meant to help communities,” Walker said.

A new analysis from Bloomberg NEF found that in 2021, electric vehicles (EVs) prevented the consumption of about 1.5 million barrels of oil per day — and that number has been steadily increasing since at least 2015, and is projected to continue as EV sales continue growing.

The bulk of oil demand avoided — 67 percent — came from two- and three-wheeled EVs thanks to rapid adoption in Asia, with companies like Nepal’s first local motorbike manufacturer attracting customers.

Adoption of electric buses helped avoid 16 percent of oil demand, followed by passenger vehicles at 13 percent, which is the fastest growing segment, according to the report.

Created by Pfizer and French drugmaker Valneva, a new vaccine for Lyme disease called VLA15 is now officially in its third and final phase of human clinical study. While it wouldn’t be available for a few more years, this is incredible progress to celebrate.

"We are extremely pleased to reach this important milestone in the development of VLA15," Valneva's chief medical officer, Juan Carlos Jaramillo, said in a statement. "Lyme disease continues to spread, representing a high unmet medical need that impacts the lives of many in the Northern Hemisphere."

About 6,000 people in the U.S. and Europe are participating in the study, and are at least 5 years old and live where Lyme disease is “highly endemic.” In earlier trials, the vaccine showed strong immune response in both kids and adults.

Lyme disease is pread by black-legged ticks (a.k.a. deer ticks), and they’ve found their way into more parts of the world due to climate change and deforestation, a well as the removal of predators that help control deer and mice populations.

The Arizona Water Defenders, a grassroots group, was formed in March 2021 by southeastern Arizona residents who were concerned about local wells going dry and increasingly visible ground fissures and land subsidence in two of the region’s watersheds.

In recent years, large-scale dairy and nut producers have bought land in the area and drilled deep new wells, and water table drawdown has become more noticeable and worrisome. Especially because it’s happening in areas that aren’t regulated under Arizona’s groundwater code, which are “one of the most comprehensive” in the country.

So, the Water Defenders jumped into action. They collected signatures and successfully secured a place for a ballot measures to create Active Management Areas — geographic designations where these strict groundwater regulations apply — out of the two water basins.

If voters pass the measures, the new management areas will be the first in the state to have been created by citizen petition. Similar to another citizen initiative to give water legal rights in Florida, and the ongoing work of Indigenous activists to protect water, it will also show that local, democratic approaches to regulating the increasingly scarce water resources are possible.

To fight deforestation, a teenage soccer player in Kenya plants trees for every goal he scores

Wanting to combine his passion for soccer and environmentalism, 18-year-old ​​Kenyan footballer Lesein Mutunkei started planting 11 trees — one for each member of his team — for every goal he scored. He also started the “Trees 4 Goals” initiative to encourage other footballers to join him.

According to a report from Kenya’s Ministry of Environment and Forestry, the country loses the equivalent of 50 soccer fields worth of forest every single day.

“Football is a universal game and climate change is a universal problem,” Mutunkei said. “[It] has the power to connect, engage, educate and inspire my generation to create a safer and greener future.”

Mutunkei says his dream world is one where soccer teams measure their success in how much forest area they’ve helped plant — not in how many trophies they have. As he puts it, unlike trophies, trees grow alongside us.

A new addressing system developed by Google is both improving and saving lives. Derived from a location’s latitude and longitude, “Plus Codes” provide an accurate and navigable addressing system where traditional addresses don’t work — like unofficial slum communities.

Helping save whales and reduce ocean pollution, a new “ropeless” fishing technology was just tested off the coast of Newfoundland. Fishers release the traps into the water and find them again through an “acoustic signal.”

Since launching in 2009, this search engine has used its advertising dollars to finance the planting of more than 124 million trees. In March 2021 alone, Ecosia brought in nearly $2.4 million, over 40% of which went to planting trees in 14 countries.

According to a new analysis, the U.S. just crossed the “tipping point” for mass electric vehicle adoption. Looking at 19 countries that moved to EVs, once a country passes 5% of new car sales powered only by electricity, “everything changes.”

During its third heat wave of the year, an animal shelter in France is making sure animals are safe, too. Prolonged heat and drought pose a major risk to the country’s ecosystem and the shelter is rescuing wildlife to help mitigate the damage.

Washington is now the first state to require new buildings to have all-electric heating. Under the state’s new energy code, most new large apartment and commercial buildings must install heat pumps.

A coffee company is reducing waste, helping the planet, and improving the well-being of farmers. By using all parts of a coffee plant’s fruit, including the husk, purpose-driven company Riff is helping both people and the planet.*

At a Michigan county “expungement fair,” thousands of people got felonies permanently removed from their record. The state’s attorney general said millions of Michigan residents may be eligible for expungement under the “Clean Slate Act.”

More people are embracing “eco-friendly” lawns with fruiting trees, native plants, pollinator gardens, and more. The movement requires less water use, is better for biodiversity, uses few or no chemicals, and is making perfectly manicured lawns a thing of the past.

eBay sponsored the 2022 season of Love Island UK and outfit all the contestants in secondhand, pre-loved clothing. It’s a really big shift for the show which has often used fast fashion brands, and represents major visibility and good news for sustainable fashion.

An 8-year-old did a 2-day, 206-mile Seattle-to-Portland bicycle ride and raised money for children’s education in India. Believed to be the youngest rider raising money, Jaanya Parthik fundraised for Asha for Education Seattle.

Four European countries have pledged to build at least 150 gigawatts of offshore wind capacity, enough to power 230 million homes. Building on the about 16 gigawatts currently installed, Germany, Belgium, The Netherlands, and Denmark are targeting 300 GW by 2050.

India’s Delhi airport is the country’s first to run entirely on hydro and solar energy. Since June 1, 6 percent of the airport’s electricity has come from on-site solar, and the rest from a hydropower plant.

Independent news outlets in Russia are fighting back against state-funded efforts to silence them to share accurate information with the public. Thanks to the power of the internet, independent journalists are able to collect and disseminate unbiased information publicly.