Helpers 2022: The People Who Made a Difference for Equality, Justice, and Government 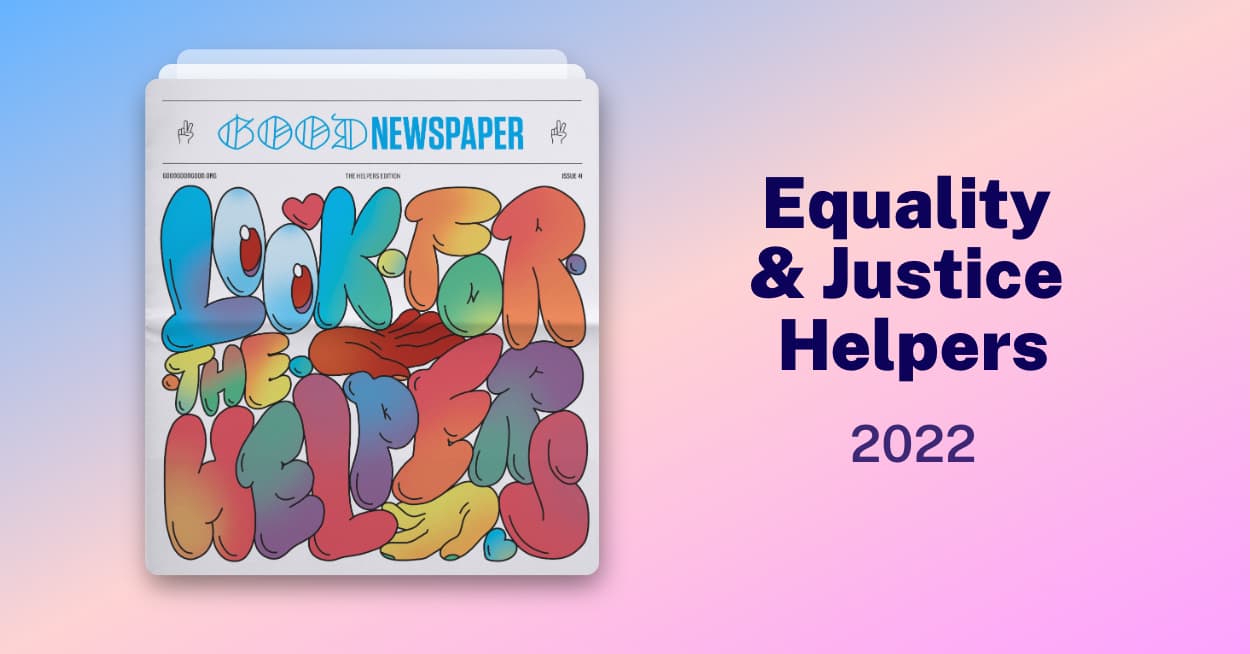 In this post, we’re highlighting Government & Equality Helpers and simple ways to make a difference:

For 232 years, no African American woman had served on the U.S. Supreme Court. That changed in June 2022 when Justice Ketanji Brown Jackson was sworn in, becoming the 116th Supreme Court Justice and the first Black woman to hold the position.

Judge Jackson was nominated by President Biden earlier that year and was later confirmed by the U.S. Senate.

Her experience includes being confirmed with bipartisan support to both the U.S. Court of Appeals for the D.C. Circuit in 2021 and district court judge for the U.S. District Court in 2013, and served as Justice Stephen Breyer’s law clerk.​​​​​​​​

Judge Jackson is now the first-ever Supreme Court justice to have served as a public defender.

​​​​​​​​​​​​​​​​Her historic confirmation marks a moment of long-overdue progress for representation in the judicial branch of the U.S. government.​​​​​​​​

We’re celebrating her landmark nomination and a Supreme Court that represents America a little better now.​​​​​​​​

The January 6th hearings, led by the U.S. House Select Committee, are the result of a year-long investigation into the unprecedented domestic attack on the U.S. Capitol.

From the beginning, the committee understood that some watching would approach these hearings with a level of skepticism, however, they urged Americans to open-mindedly listen to the evidence presented — which overwhelmingly came from Republican testimony — before reaching any form of judgment.

A key element of the committee’s responsibility is to release a comprehensive report and propose recommendations — including legislation — to ensure that any future attempts to stop the peaceful transfer of power will never happen again.

Thanks to this House Select Committee, and those bravely providing witness testimony, people watching have the opportunity to process the full scope of what transpired, seek accountability, and protect the democratic process.

The number of migrant arrivals reported along the U.S.-Mexico border surpassed 2 million in August, an all-time high driven in part by unprecedented levels of people fleeing from Cuba, Venezuela, and Nicaragua, according to U.S. Customs and Border Protection.

This year alone, we’ve witnessed the horrific deaths of 46 migrants in an abandoned tractor-trailer outside of San Antonio, Texas, the busing of thousands from border states to northern cities, and the status of the Deferred Action for Childhood Arrivals (DACA) policy — which puts more than 600,000 young individuals at risk of deportation.

There are, however, helpers like RAICES, United We Dream, and Artists Athletes Activists stepping up in this time of crisis to provide essential resources and legal aid to migrant and immigrant communities.

3 Ways To Advance Social Justice in Your Community: