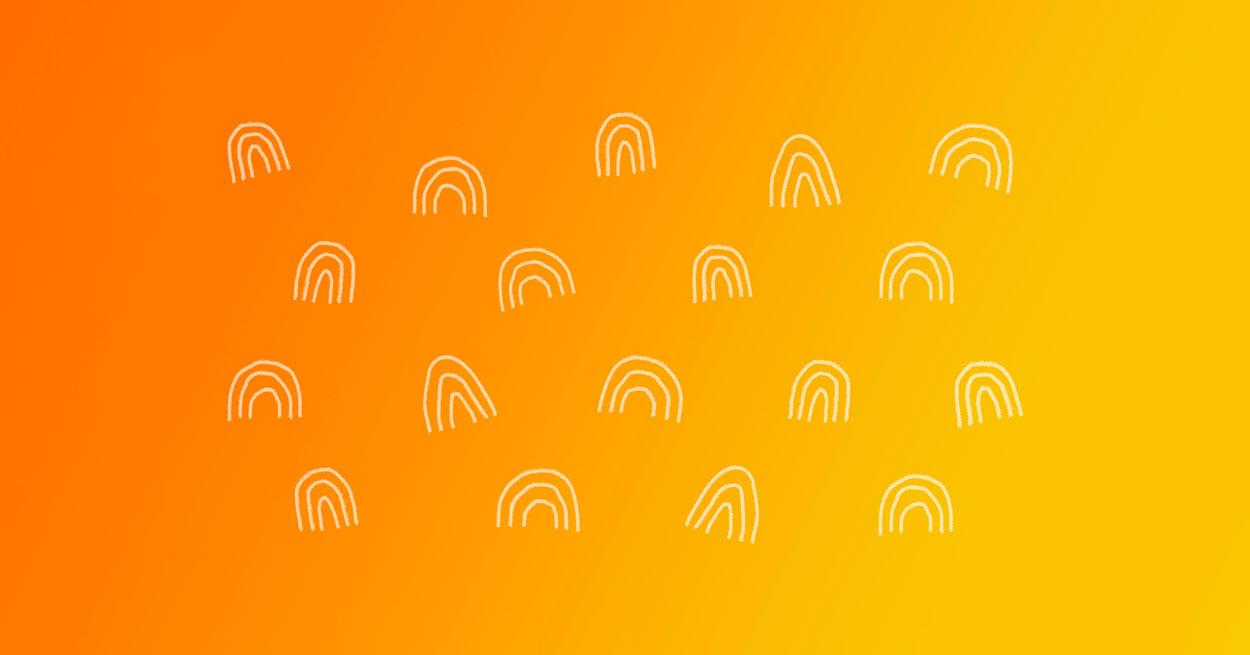 In a newly announced deal, Pohue Bay on Hawaii’s Big Island will now be a part of Hawaii Volcanoes National Park and will be managed and protected by the National Park Service.

Volcanoes National Park is already home to the world’s largest and most active volcanoes, Mauna Loa and Kilauea — and with the addition of Pohue Bay, will also be home to endangered hawksbill sea turtles, endangered Hawaiian monk seals, and other species native only to Hawaii. The land is also culturally significant, as it has remains of ancient Hawaiian villages, petroglyphs, burial sites, and more.

Immediately after acquiring Pohue Bay from a private owner, the Trust for Public Land, a national nonprofit and land preservation group, transferred ownership to Hawaii Volcanoes National Park. While the National Park Service hopes to open it to the public, it will first spend time consulting with local experts and residents about how best to protect and manage the land.

Part of the state’s first ‘agrivoltaics’ project, two greenhouse domes with roughly 1,000 square feet of crop space are growing a variety of vegetables and flowers, spread out horizontally and stacked on shelves vertically.

These more compact growing spaces also leave room for solar energy to grow outside. An adjacent two rows of solar panels will be capable of producing up to 20 kilowatts of electricity a year.

The solar cells will provide electricity to heat and run the watering equipment for the domes, and the food and surplus electricity will go directly to nearby homes. The planning and execution of the project is an example for planners, farmers, and engineers interested in learning more about a new way of using farmland to grow both food and electricity at the same time.

Thanks to global collaboration, there are now 40% more endangered tigers in the world than previously estimated

"A fairly significant chunk of that 40% increase is explained by the fact that we're better at counting them, that many governments in particular have really sort of moved heaven and earth to do massive scale surveys," Luke Hunter, executive director of the Wildlife Conservation Society's big cat program, told NPR.

Tigers are still considered an endangered species, and their numbers are still declining in parts of the world due to poaching, habitat loss, illegal trading, and more.

Like other endangered species, conserving and protecting tigers is critical for biodiversity, ecosystems, and more. While this is really good progress to celebrate — more must done to continue protecting tigers and all wildlife, like expanding and effectively managing protected areas, and working alongside local communities living around their habitats.

Frustrated by slow climate action, young activists have started directly targeting organizations contributing the most to the climate crisis

With mass climate protests dampened by years of COVID-19 restrictions, youth activists have been exploring new ways to hold institutions to account and accelerate action to avoid the worst impacts of a hotter planet.

That includes targeting protests more selectively at leaders of major institutions — from governments to banks — who hold the power to shift both the policies and money behind climate-wrecking emissions.

One of them just met with Deutsche Bank in Frankfurt, working with Ugandan youth activists to pressure the bank to abandon financing for a proposed new oil pipeline in East Africa and other fossil fuel expansion.

John and Hank Green have been long-time supporters of nonprofit Partners in Health, founded by Dr. Paul Farmer, and their efforts to “radically reduce” maternal and child mortality in Sierra Leone stem from this ongoing relationship.

The hospital broke ground in April 2021, and the Maternal Center of Excellence (MCOE) is well underway with changing lives in Sierra Leone, where the maternal mortality rate is 1 in 20 (though this rate is quickly declining, thanks to the help of frontline healthcare workers and government initiatives like these).

Thanks to years of advocacy from Jon Stewart and veteran activists, the PACT Act passed Congress

Earlier this week, we celebrated Congress’ passage of the PACT Act. The bill extends Department of Veterans Affairs health care to millions of Iraq and Afghanistan veterans exposed to toxic substances, like burn pits, during their service even if they don’t have a service-connected disability.

While it shouldn’t have taken as long as it did to pass, we’re celebrating the news that veterans exposed to toxins like burn pits during their time in service will receive these essential and well-deserved health benefits.

We’re also celebrating the Helpers that made this good news possible. Along with notable celebrity activist Jon Stewart, veterans and their families have long been fighting for these benefits. One activist, Rosie Torres, and her husband started the organization Burn Pits 360 after he faced major health issues following burn pit exposure during his time serving in Afghanistan.

Burn Pits 360 not only advocates for better policies but works to improve “post-deployment health outcomes” for members of the military. Their work helps provide both direct support and create and create real, meaningful systemic change for veterans and their families — and the PACT Act is the latest, long overdue progress to celebrate.

More than 100 years after they disappeared, a land iguana is now naturally reproducing on the Galapagos Santiago Island

In 2019, the Galapagos National Park officials reintroduced more than 3,000 iguanas from a nearby island to help restore the natural ecosystem of Santiago. Now, they’ve reported the iguanas — one of three land iguanas that live on the islands — are officially reproducing naturally, with babies, males, and females spotted all over the island.

In the 1830s, Charles Darwin reported the island was filled with these reptiles. Scientists believe they then disappeared in the early 1900s. The iguanas are a critical part of the ecosystem.

"It's a great conservation achievement and strengthens our hopes of restoration on the islands that have been severely affected by introduced species,” said Galapagos National Park authority director Danny Rueda.

'Adopting' trees is helping both forests and incomes in Kenya. The carbon-curbing project goes beyond traditional planting projects by getting sponsors to pay to keep trees alive until they mature

An abandoned Berlin airport is being transformed into a carbon-free, walkable, bikeable neighborhood. Parts of the old airport are being repurposed, and schools, stores, parks, and more will all be within walking distance for residents.

Dartmouth College just named its first-ever woman president. The first in its over 250-year history, Sian Leah Beilock will officially take over as president in 2023.

A “housing first” initiative in Denver is on track to transition 100 people into homes this year. Up to 40% of Denver’s homeless population lives outdoors, and “Safe Outdoor Space” aims to help connect them with resources.

USPS announced it will now transition 40% of its mail delivery truck fleet to electric. Previously, it initially only planned to transition 10% of its fleet.

U.S. lawmakers overwhelmingly passed a bill extending health care benefits to veterans who developed illnesses from exposure to burn pits. President Biden says he will sign the PACT Act into law and help an estimated 3.5 million veterans from the U.S. wars in Afghanistan and Iraq.

Hawaii just received its last shipment of coal ever, with its last coal-fired power plant closing in September. In 2014, Hawaii became the first state to make a net zero pledge of getting to 100% renewable energy by 2045.

A federal task force just reunited 400 children that were separated from their parents at the U.S.-Mexico border. In most of the cases, parents were sent back to Mexico while their children remained in the U.S.

In July, Germany hit a solar power output record for the third time in a row. The country generated 8.23 ​​terawatt hours or 20.1 percent of net electricity generation, and all renewables made up over 50 percent of generation.

Beto O’Rourke’s campaign for governor is the first-ever statewide campaign in Texas to be run by a unionized staff. The 129 staffers' contract includes overtime pay, a five-day work week, paid time off to vote early, severance pay, gas stipends, and more.

In a victory for reproductive health, voters in Kansas protected access to abortion. It was the first voter-led decision on abortion since the Supreme Court overturned Roe v. Wade earlier this year and reinforces public support for abortion access.

The Ocean Cleanup just removed its 100,000th kilogram of trash from the Great Pacific Garbage Patch. Since August 2021, The Ocean Cleanup has removed 101,353 kg of plastic in 45 extractions from an area of the ocean about the size of Rhode Island.

Europe is expected to install almost 40 gigawatts of solar capacity in 2022 alone. It’s a significant increase over the previous year’s installation of 27 gigawatts.

For the first time since Russia’s invasion, a ship carrying Ukrainian grain left the Ukraine port of Odesa. It’s part of a deal between Turkey and the United Nations and is expected to help ease the growing global food crisis.